I have been feeling guilty about the fact that there is no way I am going to be able to write anything on Monday, and my week is about to get hella busy starting tomorrow.  However, it's only been under two days since I last wrote you, so I am in a bit of a pickle.  Consider this, "Two Days of Tiffany: Reality."  Because, I have done nothing beyond going to the park and work - I hope you still think my average days are as entertaining as I do. 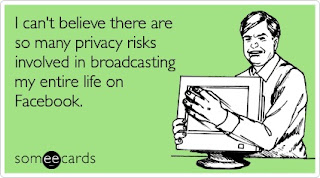 In preparation for going to Universal/Disney next week with Sean & Stacey, I have been watching Disney movies and made a Disney Pandora Station.  I had a bit of a debate when Nate wanted to watch Howl's Moving Castle (Yes, I understand I had to link to a Disney site to show you what it was.)  After saying "I want to watch movies reminiscent of the parks." I, ever so hypocritically, watched The Three Musketeers  because my love for the movie and Oliver Platt is deep.
Lucas: It's a good thing that they have the same uniform (musketeers and cardinals guards)
Me: Why?
Lucas: Because it’s more fair. Like at any time they could break into a game of touch football.
We followed it up by watching Beauty and the Beast.  Luke had an awful lot of comments throughout, SPOILER ALERT: when Gaston stabs the Beast "Aww! Why did he have to do THAT!?" and then when Gaston struck by lightning, "Good thing karma got him."
We were picking up Lucas from his friend's house and when he got in the car he yelled out, "Okay - bye! Thanks! I love...I mean yea bye." 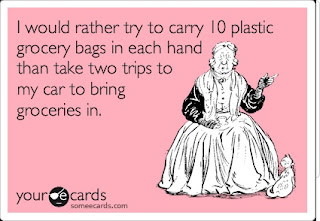 On our way to the grocery store:
Lucas shut off the radio, “Squirt squirt take your pants off? What is this filth? Shut it off." (I still don't know what country song it's from.)
Lucas: Remember that small crack this phone had when Zach gave it to me? Well I dropped it 2 inches onto the table and now look.
(A shattered screen was shown)
Me: Does it still work?
Lucas: Sure, but now it's the Halloween version. I better not use the mirror app - actually sometimes by itself it’s reflective enough to see my face and I get worried I'll have bad luck.
Lucas: Too much bass!
Me: You were the one who did that.
Lucas: The radio told me to turn up the bass turn up the treble. What could I do, but listen?
After telling Lucas that a hurricane was going to hit FL while I was there, he told me, "If it's going to be raining, you should really OWN it. Knee high yellow boots, yellow fisherman's hat and coat. Maybe a parachute on your back if the wind kicks up."
We basically filled an entire cart with beverages.  Clearly, we were thirsty, and are like 5 year olds when we shop.
Lucas: It says here that there are 35 cuties in this juice. Yes! Die! Lil cuties! Die! My friend Ethan hates fruit. He says he only drinks juice because it's chopped up fruit - which would have been funny if he had any understanding of comedic delivery.
We were on the boat relaxing, when Luke picked up Nala, raised her up and started singing, "Nants ingonyama bagithi Baba!"
And I forgot, from my sister Maureen in reference to her two kids, "Today, Patrick comes up to me and asks "Where is Kevin?" I instinctively replied, "It's not my turn to watch him.", then realized actually it was my turn to watch him.
Also, I have been trying to help Jordan with his latest project Harebrained Schemes, but clearly I could be doing better because I had to see this from Mark Barrett yesterday: Crimson Steam Pirates
And finally, Shana's boyfriend Brett became my friend on Facebook, and we're still in our honeymoon phase where he still thinks I'm funny, instead of annoying.  I like it.  Anyway, after reading my update last week, Shana and Brett went to a concert in the park Monday night.  After words, I received the following text from Shana:
You've created a monster!! From Brett: sounds like ol thunderchest coulda used a couple of hottie handwarmers tonight!
I'm still giggling.
Posted by skcorynaffit at 11:00 AM