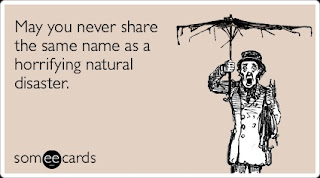 I understand I'm a little bit behind... but I *did* warn you this was going to happen.  I'll rush through some things a bit.  I had a partner summit (exciting for me, not so much for really anyone else), followed by an all-day HaloFest/PAX marathon.  After the con a couple of us, secretly calling ourselves "Spartan Elites" but then giving ourselves alter ego Princess names, pre-gamed before the VIP event and before you knew it, it was close to midnight and I was just getting to sleep before I had to rise and shine at 4 am to catch a flight to Orlando. 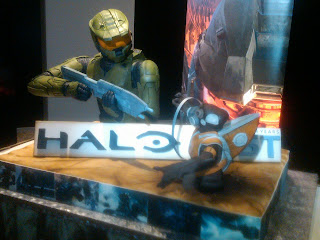 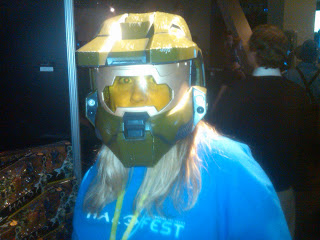 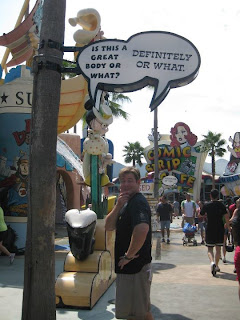 Sean, picking one up: I'll do my best - Funny Hair.
Morgan: Funny Bunny!
I was the only one who lost a button, and I managed to lose two, "Party Animal" at the Animal Kingdom, and "Song Bird" which was rough because I sure do love to sing. 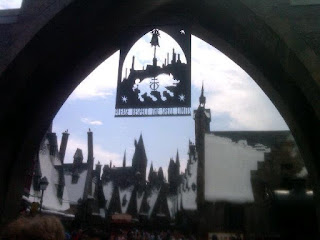 I was obviously extremely excited about going to the Wizarding World of Harry Potter so I was practically pulling a Tigger, bouncing and bubbling, saying hello to everyone--you know, the usge, when my 8 year old niece Morgan turned to me to say, "Aunt Tiffany, You are soooo happy."  Yes, Morgan, I am, and it's just going to get better and better (or worse and worse?)
Sean: We should congratulate that guy.
Me: Why?
Sean: His shirt says he's the best dressed guy in the park... we should run over Elf style and say  WOW! BEST DRESSED IN THE PARK! WAY. TO. GO!
Stacey (to her daughter): We mean this in the most helpful of ways - Morgan suck it up.
Sean: Is it just me or did you not totally wish that you had a bunch of filled water balloons to pelt at the boats passing by early this morning?
I took a ton of pictures of Harry Potter which can be found here:  http://www.facebook.com/media/set/?set=a.10150357777471351.402631.703236350&l=ab9edaca76&type=1
On our way up to one of the ride of Harry Potter, my brother, who I'm not even sure has seen the movies once, comments on the signs says, "Trust me I've seen this movie a thousand times." Followed by an elegant explanation that the ride we were about dueling dragon ride that we were about to go on, was so perfectly timed that if Jackie spit out her gum, he'd be able to catch it on the way down.  No, we did not test this statement of clear fact.
(also, on a side note, there was a father/son duo in front of us who, in an attempt to take a picture getting on the ride, failed to leave the line before the bar closed, separating the duo and causing them both to have to wait and go on the next round.  I turned around on the verge of laughter to say, "Sorry", and the New Yorker behind me said, "Don't worry.  We're watching and we are just as appalled as you are."  His daughters had those feather extensions that Shana had just told me all about and I started chatting them up with all the information that I had recently acquired.  I turned back to my brother who just shook his head in bafflement.  What?
We shared butter beer's at 8:30 am on our wait in line to get into Olivander's.  It is basically a butter scotch slushy that has a seriously bad and immediate aftertaste.  I tried mixing it with coffee.
After hitting the Hogs Head, I posted a picture, and BDug commented "Say Hi to Madam Rosmerta for me!" To which Bails responded, Don't they know Madam Rosmerta works at the three broomsticks its Aberforth works at the Hogs Head. Sigh. 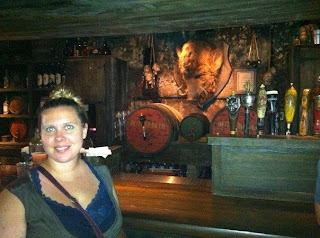 I managed to spill a beer in Olivanders. The lady was like "we get butter beer spilled all the time but this is our first real beer." Let's go to hogs head and get you another beer" I replied, "No thank you.  I just want to take what is left of my pride and leave."
As I was walking away from Hogsmeade, I turned to Stacey and said, "My nose is itchy I wonder if I'm allergic to embarrassment."
Universal sells Forty's which, even if you are sharing it, is still going end up in chugging 20 ounces of beer before you get on the Hulk Ride.
The girls and I went back to the hotel to shower while Sean took pictures of Stacey drinking Hurricane's and sent them to our sister Maureen who was experiencing Hurricane Irene.  You can imagine how thrilled Mo was to receive this lovely image during the black out. 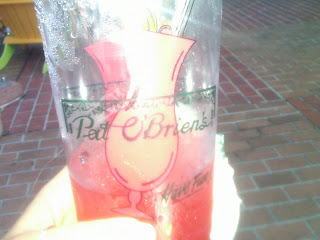 And My Parents house: 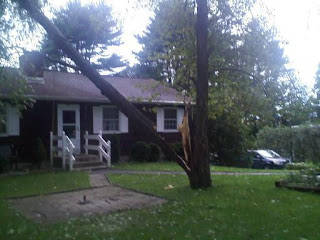 The girls and I eventually left to meet Sean and Stacey for dinner, but they wanted to take the boat instead of walk from the hotel.  Now, Morgan knew the fast way to get there, but her sisters took us all the way outside and around the whole hotel instead.
Jackie: Aunt Tiffany, you still have the tag on (your HP shirt)
Me: Oh no! That's so embarrassing. Now everyone is going to know I got it here
Morgan: Don't worry. I'm sure no one saw you because no one else WAS GOING THE LONG WAY.
Me: Hehe we get it, you win.
At Margaritaville, two people on stilts created a hat for each of us that was connected in the center like a six legged spider.  We ate our entire dinner this way, and then walked out of the restaurant, followed a walk back to the hotel, all connected. 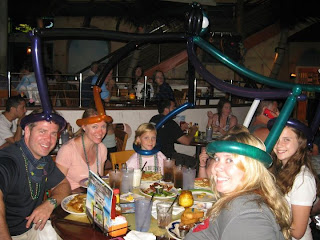 Stacey: I've never been so embarrassed to walk out of a rest I might as well be naked.
Sean: I really need to pee, but I guess this is stopping me from doing anything illegal. 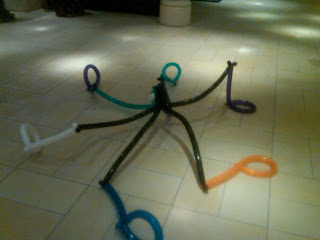 The first night, Morgan was in the center of the bed with her two sisters, and they had the covers up so high she nearly suffocated.  The second night, Morgan requested a specific blanket, and Stacey stopped protests with, "No. If Morgan wants the heavy cover she gets the heavy cover wanna know why? Because Morgan almost died last night."
Sean: Wanna go to IHOP tomorrow?
Stace: or Hooters?
Me: What? Is it my twenty-first birthday again?
The next morning, even though Stacey told Morgan that she could not under any circumstances, bring the balloon hats with her, Sean collected them and handed them to Morgan.  As she was getting off elevator with her suitcase, bags and balloons, and another lady was coming onto the elevator, Sean asked "Jealous?"
Proving, if you want to take the balloons with you, you can take the balloons with you: 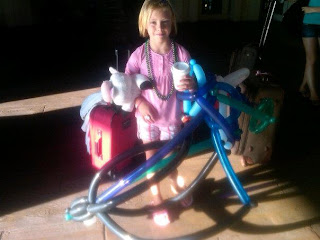 Morgan went to the Doctor the week before vacation week, and when she got off the scale and the doctor told Morgan her weight, she showed off her guns, and in her deepest voice she announced, "56 pounds of pure DANGER!" 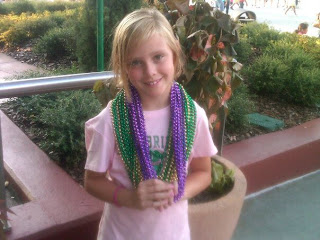 That brings me to Monday of LAST week… stay tuned for the Disney portion of my week!
Posted by skcorynaffit at 2:16 PM