Better a Beer than a Baby

I met Becky for breakfast on Wednesday.  I was very thankful that I thought in advance to set my alarm for Wednesday at 6 am, because when it did go off I was all, what the… oh! Becky!  Sure.  I’ll get up for that.  When I got there I found out that I wasn’t the only one who was done in by hopscotch.  Becky told me, “My legs are still sore from your party and my arm is sore from prayer group last night.” 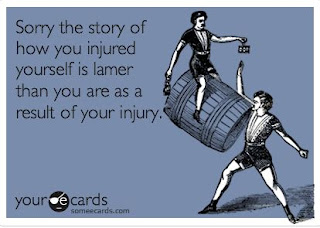 However, because I set this alarm for Wednesday, when I re-set it for 3 am Thursday night, I forgot that it was set for a specific day.  So you can imagine my surprise when my driver called (waking me up) at 4:12 to say, “Tiffany?  Are you ready?  The car is waiting outside for you.”  I tried going to sleep at 9 the night before but was still up at 1 so I appreciated the extra hour of sleep – but I have never dressed so quickly.  Despite the conversation I had with Becky weeks earlier…
Becky:  Tiffany is a terrible packer.
Me: I’m a GREAT packer.
Becky.  You wait until three hours before you’re leaving.
Me: No.  Three hours before I leave is when I start doing laundry. 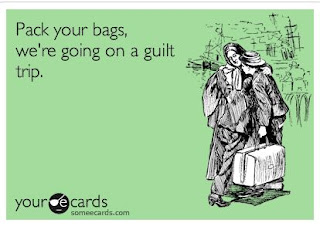 Given this information, I was pretty pleased that I had packed and showered before I fell asleep so I could make a mad dash out the door.  I read Deadlocked on the plane (I need to talk to someone about this so… please let me know if you finished it. Kthnx)  When we got back home, I made some coffee and we had an impromptu pizza gathering on my parent’s patio.  A couple neighbors came by which was lovely including my sister’s buddy Robin.   I don’t remember the subject matter, but I was surprised by who was saying what in this conversation.

Robin: Oh, I don’t want look it up (on the computer).
Frita: Robin! Why do we have the internets if you aren't going to read them?

Mo: It’s Aaron (neighbor)’s birthday.
Me: How do you know?
Mo: Kevin said, “And I hope Aaron has a good birthday” at grace last night.
Right.  That makes sense.

Briana: Rob has pneumonia.  What’s the etiquette here?  Do I have to stay at home and watch him be sick?  Or can I go out?
Me: You should really go home and check out the situation.
(later.)
Briana: I can’t go out.  I have to watch him cough.  Doesn’t he know it’s Friday night? 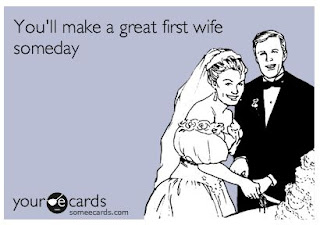 I learned that people are calling it, “Cinco de Drinko” now… from my father. 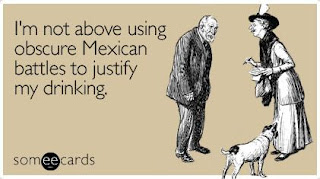 Saturday was Kevin’s First Holy Communion.
Frita: You’ll be happy to know we have a reserved pew.
Me: That does make me happy.
Momela: I still want to leave at 10:15.
Me: For an 11:30 mass!?
Frita: with a reserved pew?!
Momela: Fine.  10:45.
Which was a good thing, because we got there at 11, just as the mass was starting.  Sean and Stacey got there at 11:30 and Sean stood at the back of the church.  The communion candidates were spread out 6 to a pew… basically arm’s length plus an inch for good measure.  After I received communion, I walk back to where Sean was.
Sean: I want to just sit down next to Kevin.
Me: Okay, you get communion and when you walk back, sit down with Kevin, and I’ll take your picture.

Apparently, pictures weren’t allowed and Maureen, in a serious turn of events, was scolding Sean and I, saying that we were a total embarrassment to our father and that everyone saw that John’s son and daughter were breaking the rules.  I think it was worth it. 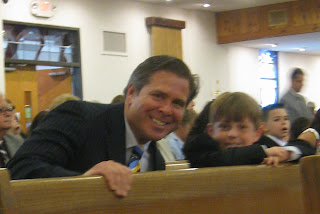 Taking pictures in church is hard: 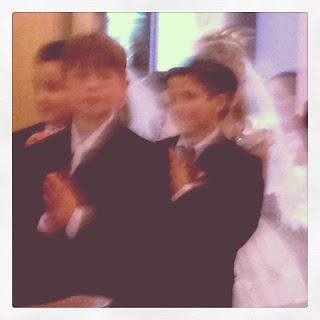 When I told Dawne she said, “And you wonder where Kevin gets it from.”  Actually, no I don’t.  My dad said something funny and sarcastic later that day, and I turned to one of Maureen’s friends who was just commenting about my fb posts, and I was like, “If you were wondering where I get it from.”  And I could tell, that despite knowing our family for the last ten years, it was the first time he put it all together.  J

Lisa and Steve, and Lisa’s parents were all at the party – with their 4 year old son Aiden and 9 month old twins, Chase and Gavin.  I was amazing by how easy going the twins were, going to anyone and everyone one… and not complaining one bit.  Bailey and I were quick swipe them up – and we may also have raced them a bit.  Chase won, but only because he quickly blocked Gavin’s path.  I think Gavin tried to hold only Chase’s pants to slow him down, but Chase was not to be deterred.

Steve:  It's so much nicer to hold a beer than a baby.
Lisa’s Dad: Here (about to hand Steve a baby.)
Steve: But my hands are full.
(Baby was then place in his other arm.)
Steve: I knew I should have taken two beers.

Bailey: I have Chase.  Gavin has two teeth, Chase has one.  One tooth for every syllable.
Lisa: That makes sense. As they grow, I’m sure I’ll have plenty of names to go with every one of their teeth. 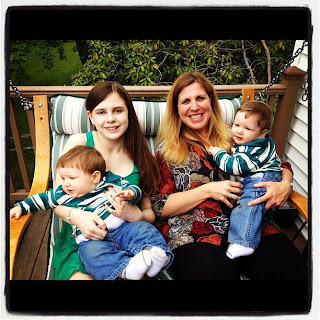 Steve: Did you tell pop-pops about the uga truck?
Me: The what?
Steve: The Uga Truck.  We get out milk delivered, regular milk and chocolate milk.   Aiden couldn’t say Chocolate when he was little so he started calling it the Uga Truck.  He invites kids into his truck sometimes.  With parents.  He’s not a creepy guy.
Me: Why ever would I think he was creepy?  A man inviting small children into his truck, there’s nothing creepy about that.

Still at the party, when a neighbor, Helen came over.
Morgan (my niece): Her name is Helen?  You need to be careful not to say her name too fast or else you’ll curse.
Me: That’s really good advice.
Morgan: Yeah, also be careful of Hello, Helicopter and shih tzu.
Me: And cocker spaniel and dictator!
Morgan: Wait, what?
Me: Nevermind.
My mom: That’s a good question actually.  Would you rather be called a dictator or the shortened version? 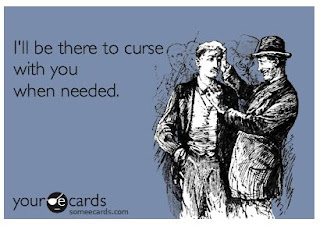 Kenny: Have you told Mrs. Travis that you wrote a book?
Me: No. I don’t know how to contact her.
Kenny: It’s called the LHS web site.
Me: They have one of those?  I hear school’s aren’t using chalk anymore either.  Crazy.
Kenny: I can’t believe you.
Me: What? I looked her up on facebook, and when I couldn’t find her, I assumed she didn’t want to be contacted. 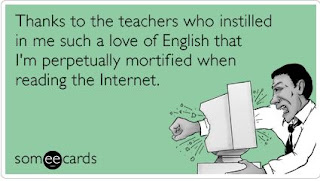 This is after Kenny read Out of the Box and on every page he pressed all of the spots to make the guys giggle and drool etc.  I think he spent a good three minutes on the first page.  It was awesome.

It’s been so long since I’ve played Chess that I forgot that you could get pieces back if your pawn’s got to the other side. Pathetic.  Anyway, I got a couple games in with Patrick and Kevin, got Kyle’s birthday present and then went to Kevin’s soccer game.  I got some pretty awesome shots of another kid, but here is a shot of my Godson: 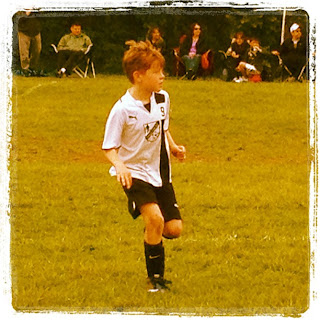 Then I ran over to get a present for Frita. I had two hours (which is plenty of time to buy a computer and set it up before he notices we’re in the house.)  Turns out we weren’t as quiet as I thought.  Also, we asked Kyle to make a card from all of his children and grandchildren so he made a card from Kyle, and then Mo added the rest of us.  I guess if we wanted top billing we should have done it ourselves.

Plane ride was relatively uneventful, except for the guy next me who was a bit of a chatter box, and not in a good way.  I’m reading Jenny Lawson’s memoir “Let’s Pretend This Never Happened.”  It’s Brill. Maybe, my mind frame wasn’t in nice mode.  But I don’t need to justify why I own an iPad, nor do I want to explain how the onboard entertainment varies between airlines, the etiquette for sitting on a plane (yes he asked), nor do I want to wake you up so you can be sure to get food or find you sleeping on me (he had the woman on the other side do this for him and she had to physically shake him awake).  When he asked me why I had my light on when I closed my eyes for 5 minutes, I wanted to explain because I’m not trying to sleep, I’m trying not to throw up.  But instead I said, “Is it bothering you?”  Which took an enormous amount of self-control.  I heard the other woman say, I’m not really a talker on planes, and he responded with “Oh.  I am.”  Yep.  Got that memo.  When I landed, I turned on my phone to get a call from Zach to say the driver was at the house instead of the airport – I think we can call it even now. 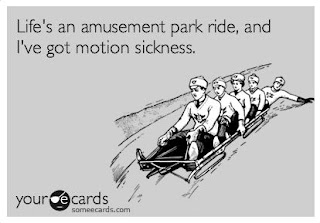 (I forgot to mention, as a follow up to my mom’s warning last week… before I could get off the plan in NY, 6 police officers came onto the plane and escorted someone off.  DRAMA! Unlike so many others, I didn’t take any pictures.  Sry.)

I hope you had a great weekend!

Posted by skcorynaffit at 2:31 PM