Jamie, Can You Make Me Look Like Dita Von Teese, Please?

Sometimes I think doing these updates weekly isn’t fair because I can never remember what happened on Monday and Tuesday.  I’m going to assume that I watched White Collar over some cinnamon life cereal and fortune cookies.  Oh! This didn’t happen last week, but it did happen on a Tuesday a couple of weeks ago and so I forgot to mention it.  Mariana (Luke’s former nanny) came over to hang out and get guitar lessons from Luke.  As she was leaving, Zach and I were in the living room.

Mariana: Dawne left this GPS on the table for me.
Me: Okay.
Mariana: I’m going on a trip to Canada.  I promise I’ll bring it back. Dawne said it was okay.
Zach: Okay.
Mariana: Really.  I’ll have it back in two weeks. Dawne knows about it.
Me: Mariana, we don’t think you’re stealing the GPS.  If you are, this was a really elaborate plot just to take a GPS – you should have aimed higher.
Mariana: I’m not stealing it!
My favorite part of this story is that, we’ve had Mariana in our lives for 16 years.  We know she would never steal, and she should know that Zach and I don’t care what she walking out of the house with.  But I think our laughter made her even more uncomfortable because she just got more elaborate in her explanation. 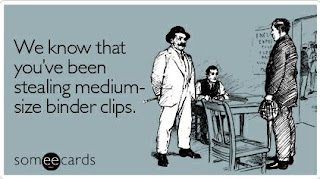 Lucas (probably while watching White Collar): Wait does bacon have cholesterol?
Me: Yes.
Lucas: Today I was active for three seconds and I thought I was going to have a heart attack. Do you know how old I am? 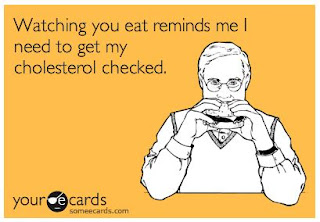 Me: What did Frita say?
Momela: Nothing, he’s just being a smart ass
Me: Um, I don’t know if you know this, but I’m a bit of a smart ass so I kinda love that about him. 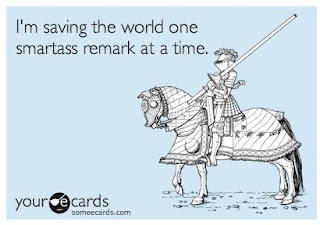 Zach: They said there were no boys allowed Me: Yeah.  That's what we say when we're rejected. Lucas’ teacher:  I have a brother who could totally rough you up.  You better watch out.
Lucas: I don’t think so. I've seen Rocky

(Also, this is a strange thing for a teacher to say to a student.)

On Wednesday, I grabbed dinner with Adam before we headed over to the Crocodile to see Lucas/Allium play for the last time (for a while anywaywhile Lucas pursues his turntablism career as “DJ Super Squids.”) We were all incredibly proud of the Luke Boy.  Then we stuck around for the other three bands before heading over to the Black Bottle.  Kelly and Laina were wearing super cute shoes and Laina told me that a woman had come up to her and asked, “Did you get those shoes on the computer?”  We also passed by a bridal shop on our way back from the Black Bottle and Laina told us, “Yeah.  I was very honest with my friends about when I get married.  I said, “You [w]itches are wearing square dancing dresses.”  I WILL be the prettiest on there.” 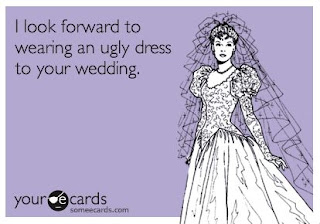 We have 3 of Zach’s friends from Ringling staying with us this summer while they intern.  The first young lady, Cassidy arrived on Wednesday evening.  On Thursday morning, she came up to the back of the house.

Meanwhile, with very little sleep, I came into work on Thursday and helped Christy make some vegan chili.  Our department volunteered to make dinner for the studio (or at least the ones who were staying late ~120 people).  On the menu was chili, baked potatoes, copious amounts of bacon and an ice cream bar for the pregnant lady on our team.  This was all supposed to be cooked on 3 grills with a sketchy amount of utensils in an hour and 1/2 – it was like camping but without the chance of s’mores. My team got to see “convention Tiffany” for the first time.  I was very bossy, putting everyone to work like it was my personal responsibility to feed these people.  When the grills were proving to be inefficient, we started microwaving some of the potatoes and bacon.  At the pinnacle of my bossiness – I finally grabbed a beer from the keg and headed outside to help grill.  That’s when I realized that I had assigned a vegan the responsibility of cooking 25 pounds of bacon.  Whoops! Then at 7:30, I told Laina that I would be leaving to try and catch Dita Von Teese at 8pm.  The traffic fairies were totally on my side – and despite my guilt at going without inviting Jordan, I was very happy to order doubles of everything before sitting in our VIP seats.  PS – I need this outfit.  Jamie? Will you make it for me? Pretty please? 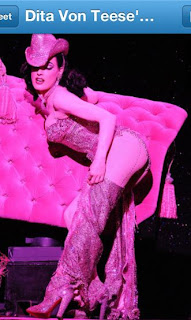 Friday night we went for a boat ride after work followed by a marathon of White Collar.
Dawne: I’m going on a date with Jordan tonight.
Zach: Didn’t you hang out with him like a month ago?

Consequently, I had the dogs on Friday night and they delightfully woke me up at 5am and then again at 7.  At 7, I walked down to the kitchen with them and as Nala was barking at me, I calmly and logically explained, “Coffee before Nala.  I don’t know what your mother does, but you know with me it’s ALWAYS coffee before Nala.”
The second intern/Zach’s friend was arriving early on Saturday, so Zach called to tell his parents to be at the house at nine.
Dawne: I told Jordan that I love that our kids call us when we're supposed to be parents. And then Jordan was insulted because I just thought it was funny. Me: It's 9:01. They're late. Let's leave. Then I ran and got Stella a carwash on my way to pick up bbq supplies before a bunch of friends arrived for pool time.
Shane: I have another great idear for a television show.
Lucas: Will it feature a mac product for deer?
Then Shane proceeded to tell us the story.  When he said, “like Lord of the Rings.” Lucas and drifted off a bit (literally and mentally).
Lucas: More like Lord of the Long Movies.
Me: I noticed he doesn’t have a funny sidekick.  Why even bother if you aren’t going to have a Maz character?
Lucas: You’ll notice that he’s lost 90% of his audience.
Me: At least he has Jordan.

Lily: Look Mom! I created a new trick!
Me to Becky: I’ve seen it.  It wasn’t very good.  I think she needs a little practice on that one.
Becky: You’re going to make a great mom. 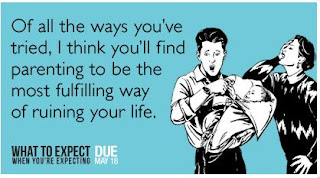 Cathy brought Fynn in for a swim for the first time.  I think Cathy was the most nervous, and I’m pretty sure those nerves sky rocketed when Shane (Dad) took the small Small to the deep end of the pool.  Everyone was also trying to get Casper to jump into the pool for a ball, and as he was creeping, yet terrified to try to get in, Nala ran around to the shallow end, jumped in, and swam over to the ball like, “What’s the big deal?”

Saturday evening was dedicated to celebrating Becky’s birthday.  We went to “Palettes and Pairings” in Kirkland.  Basically, you get to drink while painting.  The power went out 10 minutes into painting, but we powered on until the lights came on.  Here’s what Dawne and I did: 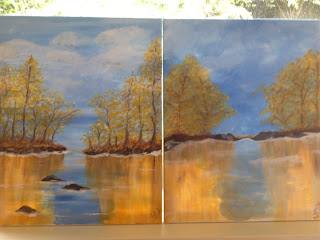 And then we went to Purple.
Me: I’m going to have the German Gewürztraminer.
Dawne: Is that white?
Me: Yes. You’ll like it.
Dawne: I’ll have what she’s having.
Waiter: Yeah.  I think you should get this other wine… (lists off why until Dawne agrees.)
Me: That was weird.  You know, how that guy basically told you that he knows you better than I do.

Sunday I had planned to hang out with Matty so the fam and I met up with him at Pike’s Place and over to Fremont & Norm’s with the dogs, followed by vintage shopping.  Dawne could hardly breathe by the time we left.
Me: You are literally allergic to Old, Dirty things.
Jordan: Yeah, I don’t know how she manages to hang out with me so much.

Laina discovered on Sunday that I was an Aries instead of a Taurus.  I don’t think I have ever disappointed someone so much.  Apparently she didn’t get the “feisty not down to earth” memo – or the part where I’m born in April. :P

When we got home, Luke and I watched both Men in Black I and II because I had never seen them.  (Apparently, Fresh Prince of Bellaire is next.) Monday, I taught Dawne how to play Freecell over coffee.  Then we took Daisy the Doozer to the dog park, followed by shopping in the U-Village, and lunch/dinner at the Lunchbox Laboratory in Bellevue.  Theeeeeen we went to see Men in Black III, which was totally cute! You know that commercial before movies that has a big flashy movie trailer, but then it slowly gets smaller until it’s the size of a TV screen and the message is, “Go big or go home?” Well it was at this point that Lucas yelled, “America!” 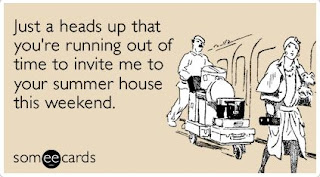 PS Here is a picture I got from BDug today that I thought as hilarious: 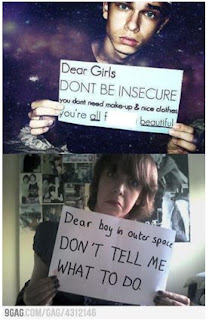 Posted by skcorynaffit at 4:14 PM