Last week was quite a doozy of an update, and it was late, so naturally this will be short and hopefully sweet or SCHWEEEET! (That’s still a thing people say, yes?) 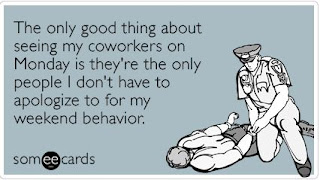 I talk to my mommy every morning so it’s safe to say she knows every little detail that is going on in my life, which is why I thought this was particularly amusing:

Momela: Is anyone in your house flying next week?
Me: Um.  Yes.  Me.
Momela: Oh.  Maybe I shouldn’t have said anything… but they are going to increase security because it’s the year anniversary of Bin Laden being captured.  I’m sure you’ll be fine though. 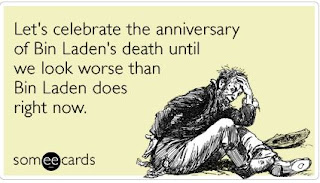 Someone from work complimented me on my patience.  I said, “I’ll tell my mom you think so. (If she believes you), she’ll be pleased that the West Coast finally did something good to my personality.”  Dawne and I were marveling at our ability to be the “easy going” one’s in several instances last week.  Finally, I came to the conclusion that we were finally growing as people.  Now, that I finally reached that goal, I can go back to be the stubborn and high strung person that puts me in my comfort zone. 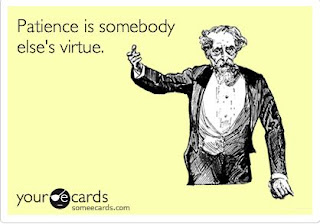 Me: I’ve decided I really like Mandy Moore.  I’m going to officially like her on Facebook.  So under like’s it will be “Donuts, God & Mandy Moore.”
Rach: In that order.

Then I looked at my facebook page, and somehow, in the new timeline switch it now says that my likes are God and Hugging – no donuts – so I think it’s safe to say that I’ve been hacked in a most grievous way.

Speaking of hugs, look what Jared (Becky’s husband) picked out for me:

On Tuesday:
Becky:  Do you want me to help you make frosting on Saturday?
Me: Oh man! I totally forgot I’m having a party on Saturday.
Becky: I just got my cookie monster shirt! I’m so excited!
Me: Oh! That’s right!  I told people to dress up!  What else did that invitation say… 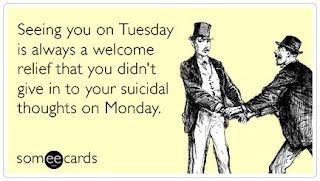 I went to see “First Date” with Laina and Rach on Thursday night at ACT Theater.  It was hilarious and super enjoyable.  (And I don’t always say that.)  This card was under the category of “Anniversary”: 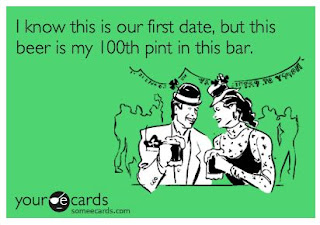 I threw myself a little Sesame Street Party on Saturday.  Becky came over bearing coffee at 7:30 am and we made frosting (okay, she made frosting, but I colored the hell out of that frosting.)  Then we went to Idylwood Park to play SPUD, Dodgeball, Capture the Flag, Soccer and Hopscotch.  Other than the Becky and my fam, the rest of my guests were stuck in traffic because 520 was closed and 90 had an accident.  We still managed to play enough that I was sore for two days (I think it was the Hopscotch that did me in.)   By the time everyone arrived, they were hungry so we headed back to the house where I popped in the 25th anniversary of Sesame Street, made Dino chicken nuggets, tater tots and hot dogs while sipping beer from a crazy straw. 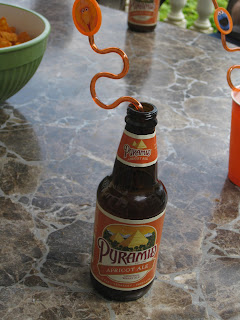 Lily brought her puppets, and I was totally going to put on a show but I couldn’t figure out how to use them properly. 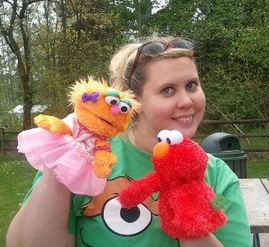 THEN we decorated cupcakes to look like sesame street characters.  (I told Jen she needed a handi-cap aka, needed to have a baby in hand.  It’s only fair.) 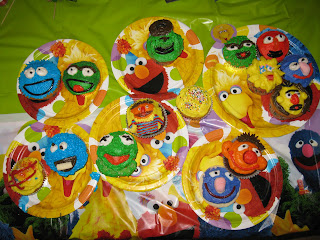 While everyone did I fine job, I think we are all in agreement that Jason was the clear winner: 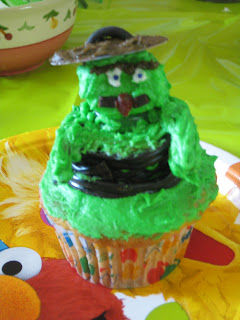 Then I cleaned up from the party (house and self) and then drove over to Ballard with Zach to hang out with Rach, Diana, & Laina.  On our way back from dinner, we were chatting about drugs (same old, same old).  I think I mentioned how I wish I could take pain killers because that sounds delightful.  And Rach brought up that it was probably better that I couldn’t handle them at all given my enthusiasm.  Laina also expressed her disapproval of drugs all together, then she paused and said, “Needles drugs are just fine, though.” 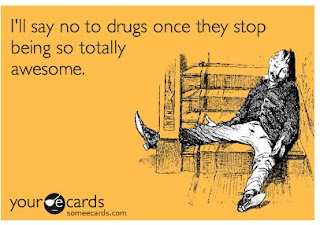 Sunday, I took the day to clean, everything.  I felt really good yet exhausted when I was all done.  Not really noteworthy, but I’m noting it anyway because I always like to tell others when I’ve worked really hard on something.   Oh! Update on my car.  The woman called me yesterday and the way she said “hi” I knew there was something wrong.  When I asked she said, “It’s not ALL bad.”  The got the top in but wasn’t what I needed, so they had to order another one.  And apparently they couldn’t find the parts for the windshield replacement in America so they have to order it from SWEDEN.  Typical. 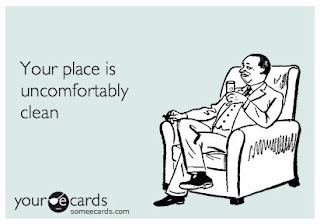 Me to Shana: So… I’m going to start a recess MeetUp in Kirkland so we can play after work.  It'll be amaze-balls and for the first time, I'm using that that figuratively and literally.

I keep recommending a book series that Jamie gave me last year for my birthday.  It’s the Fever Series by Karen Marie Moning – and while I’ve read another of her series, I still haven’t read the one on my book shelf.  YET, I still keep recommending it, and receiving joyful thank you’s (that I should pass on to Jamie, but I am selfish.)  Anyway, I told Cristi about it, and her response was, “Her last name has "moner" in it.  Should I expect lots of the s-e-x?” 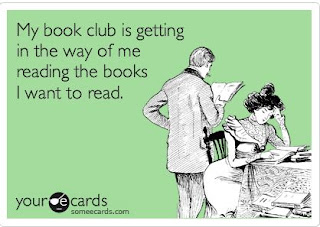 Today is day one of a “Clothes-Off” Competition between Kelly and another co-worker Logan.  I can’t WAIT to take daily pictures!
And finally, Gonzo: Last week I got home anywhere between 9 and midnight.  When I was home by 7pm on Friday (and she was still awake) – Vivian (8) asked me if I had been fired. 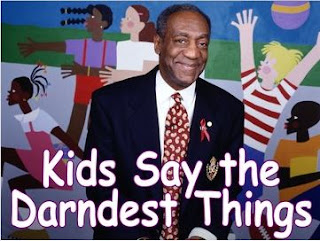 Posted by skcorynaffit at 11:11 AM