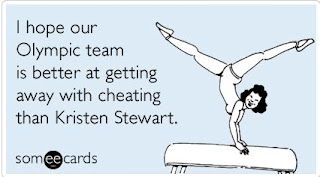 As I mention eariler, Lucas has decided when he grows up, he's going to buy the Mariners.  A couple of weeks ago, I agreed to take him to a Mariner's game to see "his" team.  Naturally, I chose to bring him to a Yankees game - and imagine my surprise on Monday, when I found out that the only guy anyone knew on the Mariners, Ichiro, got traded.  To the Yankees.  And, of course, when I came home that evening, I patiently waited the appropriate 20 seconds before I shared the news that we'd be watching Ichiro walk on over to our side to play for the Yankees.  I also wore a Pink Yankees hat, and one of the higher ups was appalled and marched off to complain to my boss… to which I yelled after him saying, “That’s not going to make me any less of a New Yorker!”  (I’m still not sure if it was the Yankees hat after the Ichiro trade, or the fact that it was pink.  Either way, I was delighted.) 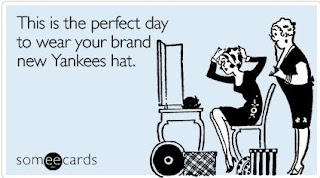 On Tuesday, because Obama was in town, traffic was ridonkulous, and as we were sitting in traffic, Becky declared, "This is not getting him any votes." 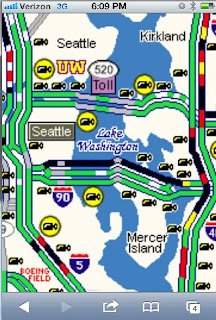 When we finally started driving over the I-90 bridge, on this oh so bright sunshiny day, Lucas, announced, "It's like the Capri Sun packaging!" When he sensed that I might be apprehensive of his announcement, he emphasized, "People being active and stuff - that's the dream, Tiffany."  Ten minutes later, still on traveling over the bridge, "Oh! The sailboats! It's so Capri Sun, Tiffany!" 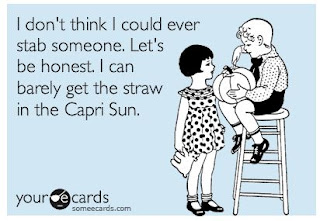 We finally arrived, just in the nick of time, and met up with Dr. Rach, her man Anders, and two folks from work Kelly and Kyle.   We didn't sit down, but headed straight for beverages and junk food (so we missed the first two home runs of the game.)  Anders immediately saw a Nacho hat and his emotions shot up so so so high then down ever so low when he realized that they were serving nacho's in the plastic hat, rather than it being a hat that served nacho's straight into your mouth a la a beer hat.  Make that nachos on one side, and nacho cheese from the other tube, and you're sittin' on a goldmine Trebek.

After seeing one of the players warming up at bat point the bat outwards:
Me: I feel like he's pulling a Babe Ruth, ya know, because he plays for the Yankees. I want to watch that movie again.
Dr. Rach: Oh yeah. Sandlot.

Despite the fact that I always root for the away team when I go to SafeCo field, and I've never lost -- well I guess there had to be a break in my streak some time.  Half way through, Dawne took Lucas and Becky to go shopping.

Lucas: You know, the Mariners sell the most merchandise of all the teams.
Me: That's not true. Who told you that?
Lucas: Zach did.
Me: He's dyslexic.  Maybe he meant LEAST merchandise. 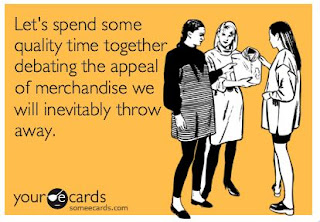 On our way home
Me: Your pitchers were terrible.  They HIT two players.  I think they broke A-Rod's hand.
Lucas: Your team was switching pitchers like, as Katie Perry would say, like a girl switches clothes.

I also saw that Becky had posted on FB "Don't tell Tiffany, but I didn't know who was white and who was gray until the 4 inning.)

When we got back, everyone was hanging out in the living room, recapping our days, and Dawne was on the floor with the dogs when she said to Casper, "Did you know that you are laying in a pillow that cost a hundred dollars?" and no joke, he immediately got up and sat on the other, cheaper, pillow. 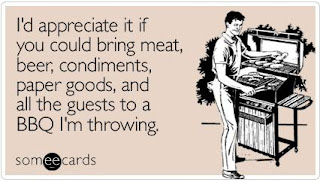 On Friday night, I went over to Shana's to celebrate her Papa's birthday.   Before hand, I stopped by Albertson’s got a fancy bagged Caesar salad that got all sorts of accolades.  (Seriously.  It was a little weird.)  I also bought this wine based on the bottle (naturally).  When I got up the checkout line, these Russian's gushed over it and asked me if I had gotten it there (uh, obvi.) and then the wife told me it was a Georgian wine, but it was much cheaper in Russia.  Then the couple fought a bit, and I said something cute about "Not when you add the flight in!" Then, the checkout lady had a whole conversation with me... holding up everyone.  Which gave me almost enough time to invite the cute tattoo guy over to Shana as a present for her - but I got gun shy when I saw a tattoo ring because ya never know if that's married, or a doh, not married anymore but I'll always have this to remind me of my ex.  Sorry Shana. 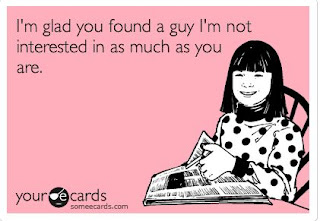 Now I'm going to proceed to tell you what Laina said all evening to make me laugh until I cried a little.  First, she made Jamie fetch her a plate of food.  Then, plate in hand, she yelled loud enough for all to hear, “I have a question.  Who has a BBQ without relish!?" and then, just to me, in complete confidence, "I love her, but sometimes I have to threaten our friendship." 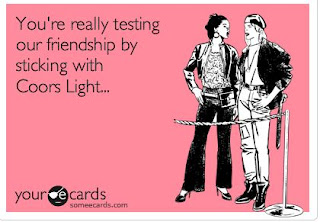 Jamie's cousin was in town.  I'm not even sure she said anything to Laina, but one look and I heard
Laina: Turn your head! You do not want to turn into me.  (Pause) Actually I'm pretty good at staffing.
Shana: "I'm kind of a saint in that way."

Me: Stop telling Shana's dad to get you drinks.
Laina: Hey! Leave me alone.  I don't have a dad because he died and it's Harry's birthday and he sanctioned this. So there.
Sound argument... I mean it left me speechless.

The corn was delicious, I ate it off the cob.  Laina did not.  She declared the corn didn't taste quite as sweet as it could be because Laina didn't have her switchblade on her. 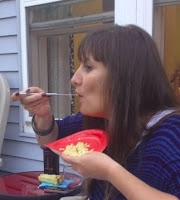 Finally, Laina also said, "I'm doing well except for Monday (looking at me) when my reputation will be ruined again."
At least I'm consistent!

I had been lobbying for a guy at work to get "Chief of the Week" and I was so sure that he was going to win, I made him Brookies and said, "I think you are going to have a GREAT day."  But he was so incredibly paranoid about me doing something nice, that he refused to eat any.  He also complained all day that I was torturing him.
Tyler: How do you KNOW that I'm going to have a great day.  I could stub a toe.  Or swallow a pencil.
Me: Do you even have any pencils at your desk?
Tyler: I have two!
Me: Well, SPIT THEM OUT.
Me: Honestly, I can't believe you would rather swallow a #2 Ticonderoga rather than a Brookie.

(It took me 15 minutes to tell my dad this story in Spanish.) 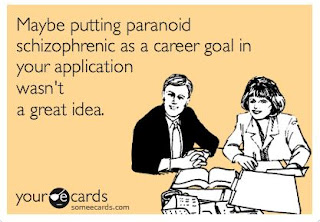 I forgot to mention that Kathi actually gave a reason why she doesn't like water.  She said that German's favor U-Boats, and when you see water in a U-Boat, there's a problem.  Seriously, how could you not love that girl? 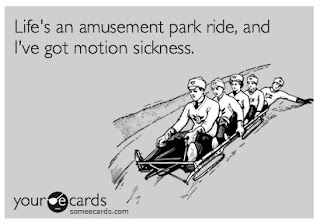 Maureen was cleaning up the house when she noticed what Kevin, the 8 year old, volunteered to bring in: Half of a cantaloupe, cut up.  When Maureen asked why he volunteered to bring this particular snack, he said, "Because that's what we already have in the fridge.  You remember.  We already ate the other half."

Saturday, I got up, watched the opening ceremonies of the Olympics.  Then we went out to lunch and to the car show in Kirkland.  After which, we got stuff for a picnic so we could join Jared and Becky on Mercer Island for Shakespeare in the park.  (I love that guy! (Will that is.))  Sunday, I went in the pool with Dawne, followed by watching Lakeland's own Melissa Gonzalez play Field Hockey in the Olympics!

Watching everyone run around must have been exhausting, because immediately after that I through a load of laundry in and accidentally fell asleep for 3 hours.  Any other time that I might have left out of this week's story I can, with complete confidence, say was spent reading (two random books and a Halo novel) or watching That 70's show. There.  Now you know everything.  Except for...

When Dawne and Jordan were on vacation many many moons ago, they saw a bunch of goats standing on the side of a very steep hill.  When Dawne asked how they did that, Jordan told her, "See, they have Right facing goats and left facing with one side of their legs being shorter depending on what facing they are.  If they want to go up the mountain they need to do so in large winding circles and it is VERY important that Left facing and Right facing goats never ever mate (for obvious reasons.)" 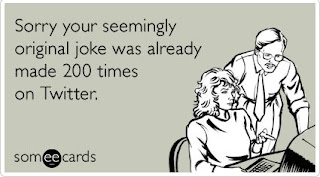 Posted by skcorynaffit at 4:04 PM