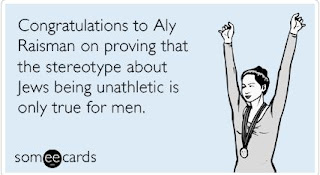 On Tuesday the 16 of us tested a potential game for Raymond.  We were supposed to play and give feedback.

Me: I like games that...
Tim: ruin friendships?
Me: Right, I don't like partners.
Nate: Doesn't play well with others.
Tim: Wait, no, not things that describe Tiffany. 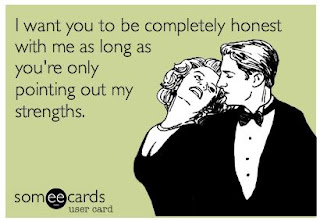 The first of the interns had to leave last week, so Jordan's company had a party at the house as a farewell and thank you.  Pizza was had, water polo was played.  I didn't play, but after the first game, I heard one young lady, Sally, say, "You're really good.  At one point I felt my top being pulled down and I thought: Well played, Dawne.  Well played."   Casper, the Australian Shepherd, doesn't like when there is rough housing in the pool because, as a natural herder, he has no way of getting everyone to nicely stay together.  He was barking at his highest pitch and at first Zach tried to hold him... but the second attempt; Zach actually just pushed him in.  I wish I could say that I felt another emotion, but really I just thought it was hilarious.   Meanwhile, another young lady was entering the pool when Pam says to me, "Look at the skull!"  I looked over to see what she was referring to and then replied, "I can't believe you basically just said, 'Hurry! Look! It's on that chick’s ass! She's about to get in the pool and I need you to look at the skull before she is submerged in water!"  Ten minutes later, Pam told this young lady that she liked the skull, but the young lady was already in the pool so she looked very confused that Pam was still thinking about her bikini bottoms even though she couldn't see them under the water.  I would also be slightly confused if it wasn't Pam.  :) 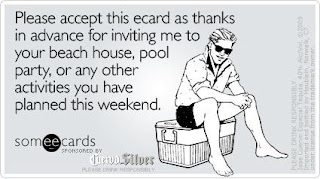 Wednesday, I got a manicure with Dawne at lunch where the same lady cut me again.  If it weren't so cheap, I'd think about not going anymore.  After work, Dawne and I went to "Yappier Hour" at the Woodmark Hotel where "Woody" the hotel labra doodle invites his friends to come hang out.  It's happy hour like any other happy hour, only there are puppies and waiters walking around with chicken and hot dogs cut and covered with cheese on silver platters being handed out to the dog patrons.  The water bowls are checked as often as the adult beverages, and as an added bonus, I could watch the sun set over the water, drink in hand, as I watched a bunch of people exercise.   Later, when I told Frita this story in Spanish, he told me, "That is gross".  Apparently, he's more conscious of starving people going hungry while dogs are being served snacks.  Way to be a Danny Downer, Dad. 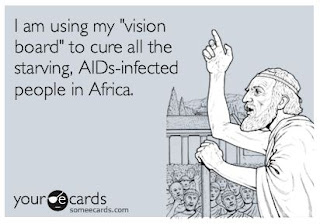 Later that evening, a bunch of us went to Marymoor park to watch the Muppets.  We definitely, spontaneously broke into synchronized sway and swing mode on two different occasions.  I was also kind enough to check all of us in on Facebook, which everyone just LOVED.  Although, Tim (obviously joking) said he was not going to confirm that he was with me because apparently I'm a "notorious liar."  Ha Ha Timmy!  But also, fair point.  It's probably best not to confirm the one truth so as not to give credence to the many many falsehoods made in the name of "humor."   The Spanish re-cap of this event ended with Frita saying, " Vive para ver cine y que, los cines son la vida" which I think means: "You live to watch movies and to you, movies are life."  Es verdad. 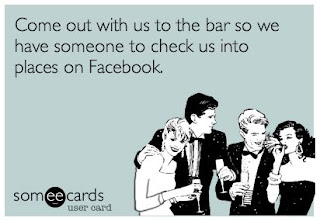 On Thursday, Shannon and I watched the Olympics over pizza and then I read a book.  So: dullsville.  I can't remember when, but Lucas and I had a rousing discussion about the merits of the Bird, Horse, Muffin theory of faces.  The basic theory is that everyone's facial features are a combination of two of these.   I was adamant that this couldn't possibly be true because there wasn't a Dinosaur category.  Then I pulled up images of obvious dinosaur faces, all of which were shot down.   I was giggling while simultaneously arguing when Dawne walked by and asked what was going on and I couldn't even begin to explain it to her.  (BTW When I looked this up, there were far more articles referring to this being a personality theory not a facial feature theory - and I will totes bring this up to Lucas when I see him.)

You know how I have that friend at work who needs emotional support, while I always need people to fix my problems for me?  Well, roles were reversed and she needed me to move a fan three inches, so subconsciously, I had to enlist emotional support.
Me:  There is a yogurt in the fridge that I am 90% sure is mine and I want it for breakfast.
Christy: How long has it be there?
Me:  A week.  Black Cherry Chobani.
Christy:  It's probably yours.  Just go get it.
Me:  I went to get it, but there was a casserole dish taking up most of the fridge so I couldn't find it. Panicked, I came back to my desk.
Christy: Do you need me to go to the kitchen with you and help you get your yogurt.
Me: NO! I'll do it!
Eventually, I did find it, and eat it, but now Christy is making me put my name on all yogurts I bring to work.  Let's never reverse roles again.  (Also, this story didn't happen last week, but Christy was out and about on a boat with a boy last week so I thought I would note that she was, indeed, missed.) 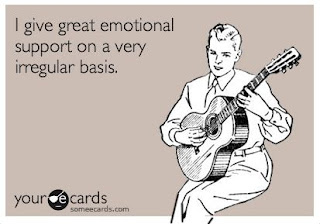 Maureen took her family to Hershey park.  I got a text message from her that said, "We are apparently intoxicated.  I'm not as nauseous on the round rides. :)"  Followed by, "I lost my kids texting.  Is that bad?"  When I asked her if she found them, she replied, "Of course.  God loves me.  I always do.  He enables me." 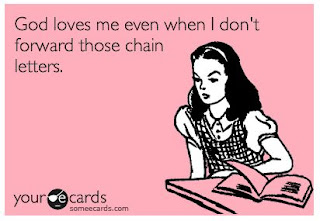 Earlier in the week, I had sent a single text, "I need help doing something ridiculous."  Becky, of course, came rushing to my aid. :)  We grabbed some dinner, then started making video's for Shane.  Unclear what their uses are for, nor did we have any instructions beyond "Ten Seconds on Landscape."  I'm probably not supposed to tell you any more about that project (not that I know anything) but after a couple hours, glasses of wine and 9 videos, Jordan announced that he didn't think we were very invested.  (Not true, we invested in a barrel of monkeys and pastries for the project, but maybe he meant emotionally?)   Either way, turns out we were the only ones who even bothered to make videos so officially we remain the ridiculous champions! 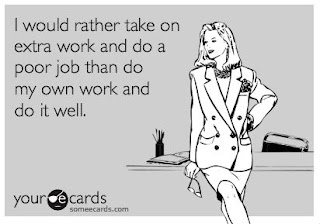 This weekend we have a fun cousin visit.  Saturday, after taking the dogs for a walk at the park, Uncle Ray and I met Becky and Jared at Pokémon to watch the Blue Angels from the balcony.  Then, I had very good intentions of chilling by the pool, cleaning my room, and going to Wade's birthday party.  What I did instead was get a ginormous headache, followed by corresponding nausea which put a damper on my plans.   We can fast forward to Sunday, where I made up for lost time - pool wise - participated in a barbeque and then met Shana, her parents, honorary niece, Jen, Lily, June, Laina, Shane, Cathy and Fynn for Ladysmith Black Mambazo (and the Johnny Clegg band.)  One of our weekend guests was also South African and wanted to join us at the Woodland Park for Zoo Tunes, but by the time I had to leave for the concert, no one wanted to leave the compound, sun or pool/lake.

The great thing about outside concerts is that it's some of the best people watching ever.  I told Laina, that I would NEVER want to perform for an outside venue, and then I pointedly looked at the lady next to me reading a newspaper.  I also saw one little girl, being held, upside down, but one leg, over a man's shoulder.
Me: I wonder if she like's that.
Shane: I wonder if it's even his kid.

It was probably one of the hottest days of the summer, and as Shana said, a perfect day to see a South African performance as it was as hot as South Africa outside.
Me: I can't believe that guy is wearing socks.
Shane: Maybe he has halitosis.
Me: Halitosis!?
Shane:  Let me finish.  He has a combo, Halitosis and Hand and Foot disease.  It's probably better he keeps his feet covered. 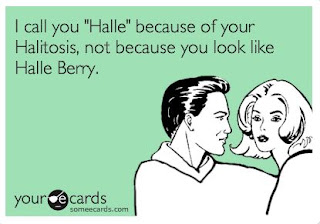 Shane:  Do I sound like that guy?
Me: No.  However, that South African that was at the house today totally had the same accent.  He even said, "We" instead of "We're" like you.
Laina: Do you think Fynn will have an American accent of a South African accent?
Shane: American
Me: Unless you ONLY let him talk to you and Cathy.
Shane:  Never let him out of the house or have contact with anyone else. That's normal.
Me: Yea!  Homeschool! You guys are great at Math!
Shane: And Spelling! (Actually, Cathy's pretty good at spelling.) 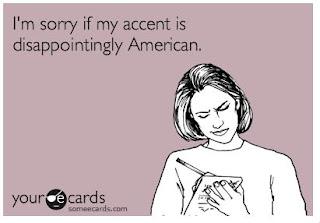 Via Text (After seeing that his sister had gone with him to get a tattoo):
Me: I totally want to see pics of your tattoo!!
Roy: I already posted them.
Me: Ooooookaaaay
I guess we’ll just stick to being fb friends then? J 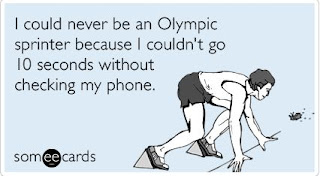 Posted by skcorynaffit at 11:46 AM