We had a very puppy-centric week.  Dawne was sending Pam and I hourly updates of Nala while we were at work on Monday.  Zach and I went to pick up Lucas so that Dawne could continue the Nala watch.  As Lucas got into the car:

Luke: Have you ever gotten a Tetris?
Zach: Yeah, we’ve all gotten a Tetris before.
Luke: I’m about get my first Tetris of all time so that I can be a part of the “we’ve” club you speak of. 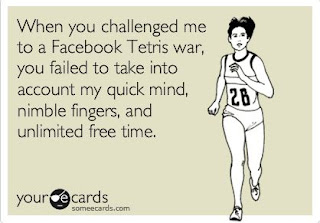 Then, Dawne and Jordan woke me up at 6 am because Nala’s contractions were 10 minutes apart.  Pam showed up shortly after that and we sat on the floor around the whelping box encouraging Nala and obsessively timing her contractions.  About an hour and ½ later we brought her to the vet where get gave her a shot and sent us back in the car to deliver the puppy in a space that Nala would be more comfortable.

Dawne to me: And you were worried about delivering puppies in the car. 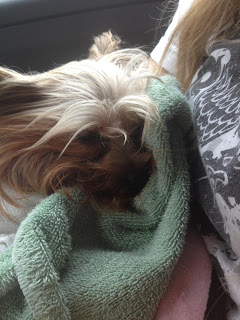 Nala in between puppies 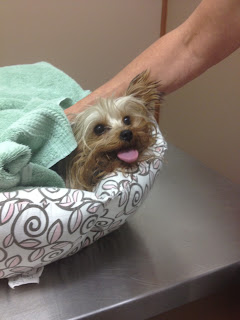 Long story short, the day just didn’t go the way we expected it – and delivery was definitely in the car.  Nala had two puppies and both were breach.  Sadly, the first did not make it but the second, against all odds managed to survive.  He has been named Percy Jackson in honor of his perseverance and he’s doing really well!   The puppies were supposed to be around 2 oz and Percy was 5 oz - so Nala, a normally 4 lb puppy had been carrying around at least 10 oz of puppy.  Nala was perfect, as always. Day one was kind of exhausting because Nala hadn’t gotten the hang of mothering yet (I said, “Uh, you forgot your baby again, Nala” a lot.)  Nala eventually got the hang of things and when people come over she has been coming out to bring people into say, “Look what I did!” and then periodically, coming over during the day to say, “Look at my baby!” to which Dawne and I always respond with, “You’re such a good mama!” and she seems pretty satisfied with that.  Like a human, at first she would cock her head back and forth and then look up at us, as if to say, "What is he doing?  Do something about this." The other days were less exhausting mostly because Dawne was doing all of the work. 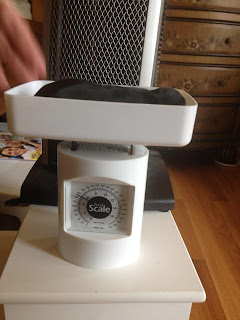 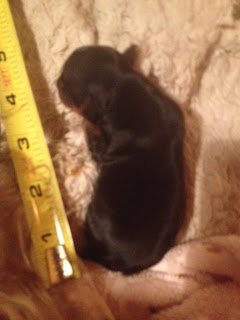 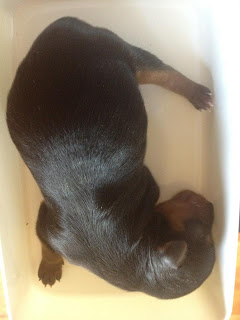 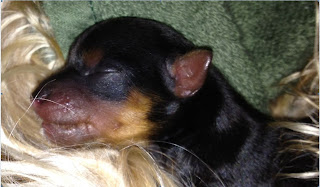 Dawne: Do you see this pile of laundry (pointing to a full load)? This is Percy’s laundry. 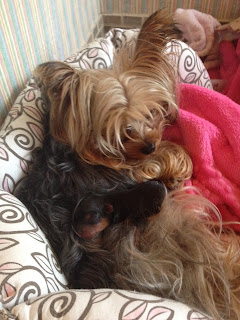 While staying up with the pups on Tuesday night, I was helping Lucas with a debate.  Lucas: I should be debating if lion cubs are cute.  I could bring in visual aid (holding up his folder with an adorable lion club on it.) 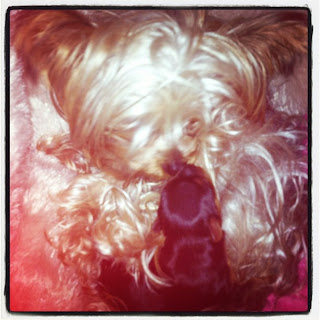 My nephews were doing laundry, when their friend Dylan came over and wanted to play.
Patrick: Why don’t you help us fold so we can get done and play sooner.
Dylan: I don’t know how to do laundry.
Kevin: HOW DO YOU SURVIVE!?

We spent a lot of time in Dawn and Jordan’s bedroom to keep an eye on the mama and pup – which also meant we watched a lot of TV.  We were watching Secret Circle, which was a Zach choice, when Lucas commented: This is dramatic irony, Tiffany. The feeling you have right now. You know something the characters don't. That they’re stupid. 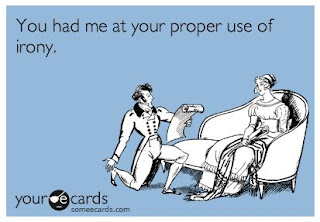 We watched Immortal – which was not good, which explains Zach’s comment at the conclusion: I would not have put the title before the credits in hopes that maybe someone forgot what they were watching.

We went to the Pumpkin Patch on Saturday.  Rides were rode: 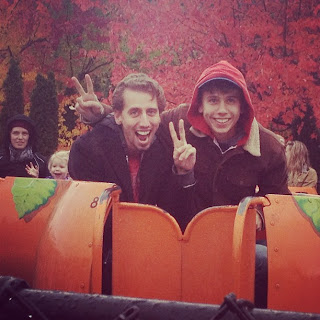 Lucas: I lied. This is so much better than game works. Like right now.

Coasters were caught on film (please note this was only like 4 feet off the ground). 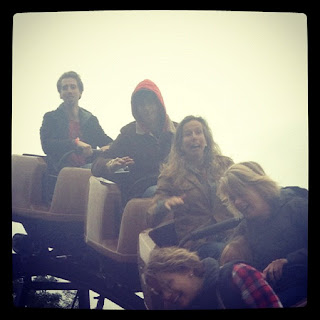 And Lucas stepped up to take Zach and me on a drive.
Zach: You should take your driver’s test on this.
Lucas: Respect my authority - look at these turns! This is why they made me coxswain.
Me: Some of these pedestrian didn't do so well.
Lucas: That one’s just getting his cat, alright? 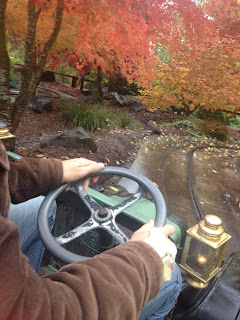 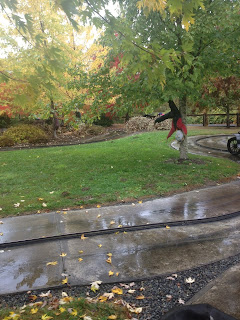 We then stopped for lunch in Carnation (turns out, Dawne was the only one in the car that knew where we were, or that Carnation was so close.)

Zach: Everything on this menu is horribly unhealthy.
Lucas: You're young!
Jordan: You only live once, why drag it out?

Then we came home, Matty, Diana, Becky and Evron came over and we carved pumpkins while watching Casper and Betelguise. Here’s our finished work: 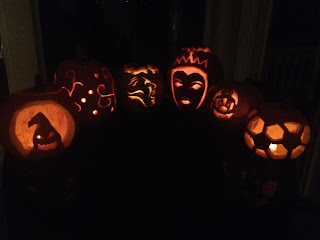 I hope you all had a great week – I’ll send updates soon. 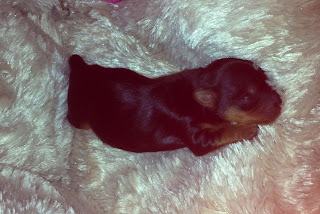 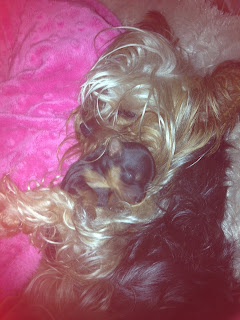 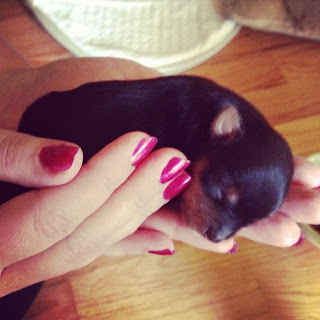 Posted by skcorynaffit at 4:09 PM