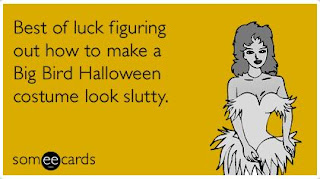 I'm not sure where to start or even where to end given that we're already mid-week at this point.  I guess I'll just entertain you until I get distracted. :)  For anyone who sees someone today that looks a little down (and it isn't a part of their costume) feel free to send them one of these: http://society6.com/emergencycompliment/

Lucas is still going and getting strong with Crew.  Last week, when we walked to my car he announced, " Agony personified is my left butt cheek."  I guess he was working on glutes on Tuesday.  On our way back from Crossroads, we saw a Lotus drive by and he informed me, "If you see someone driving a Lotus, that means all of their friends have cool cars, but they chose last, so that had to get a Lotus."  The more you know! Then we drove behind a Toyota Odyssey and I learned even more about cars.  Lucas: Typical Odyssey bumper sticker, "Peace, Love and Children's books."  Arda taught me the difference between the new and old Odyssey.  If the front looks like a Dolphin, it's the old one.  The new one looks like an angry rabbit - but either way I think they only come in silver." 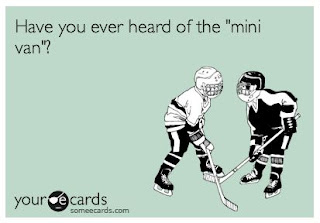 On Wednesday, we had our internal ship party.  My boss mocked me for my enthusiasm, but I powered through that.  Over all it was super fun - which might have been why Thursday was MISERABLE.  I was incredibly hung over.  In fact, in order for me to get to work I had to get sick a couple of times, drink two sips of Gatorade with aspirin, and keep down an Eggo waffle before grabbing Tupperware (Just in case - like Julie taught me in college when we used to play soccer on Sunday mornings.) I really didn't think I was going to make it - but I also didn't want to admit defeat.  Meanwhile, half the company stayed home and 25% of us were feeling like this: 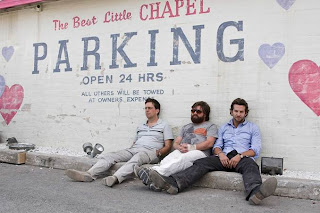 And as an added bonus, Kelly captured a coworker singing and then shared it with the world. :)
http://www.youtube.com/watch?v=FKIhuNjDrvE&feature=youtu.be

Christy, who was bright-eyed and bushy tailed because she didn't go to the party, took mercy on me and took me to the Original Pancake house.  You would think that would have made it all better - but I still ended up going home at 4:30 and heading directly to bed.  I was, however, very proud of myself when the only facebook post I made was:

Until Robogabo posted: Had a great time chatting at the party & I remember everything you said :-) 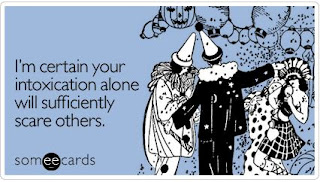 I had breakfast with Becky on Friday.  She told me that while watching Dr. Who she sometimes doesn't understand the slang terms.  She called her friend for clarification.
Becky: What's a Jammy Dodger?
Friend: It's like a Lucky Duck.
Becky: Once again but this time speak 'MERICAN!
Friend: It's like a jam filled cookie. 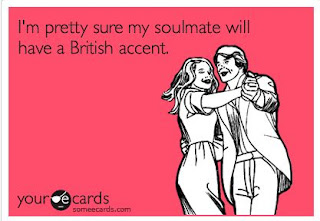 When we were leaving the restaurant, Jordan was pulling in - just in time to see both of us wearing princess crowns - though Becky took it a step further and was wearing her wedding dress.
Jordan: Did I miss a Princess meeting?
Becky: Pretty much.
Jordan (to me): Nice to see you up right.  Does that mean you got the toxins out of your body finally? 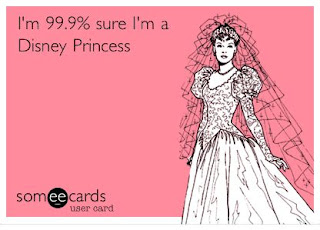 On Friday during work, I got an email from Dawne telling me that Percy finally opened his eyes! 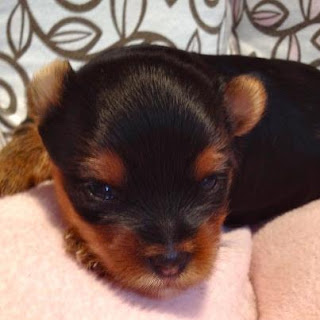 During the day I headed over to Microsoft Studios and baby sat the Master Chief made of 255,000 Mega Bloks 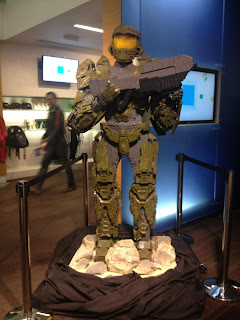 Followed by a brief baby-sitting job of the brand spanking new Warthog: 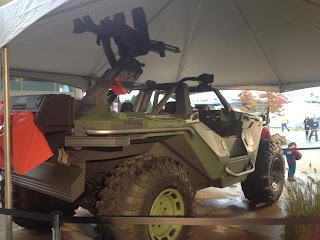 I finished up the evening with the second meeting of the "Try New Things Club" at the Polish Cultural Club.  I tried to try blueberry perogies - but they were all out.  Maybe I'll try something new during the next club meeting.  :P  Just kidding!  Everyone tried a bit of every one's meals and it was all very chummy.  At one point, someone was trying to take panoramic photos of the event - but when they looked at the picture of themselves they said, genuinely surprised, "I'm losing hair. Damnit!" Just like Cher in Clueless, I guess he doesn't trust mirrors. 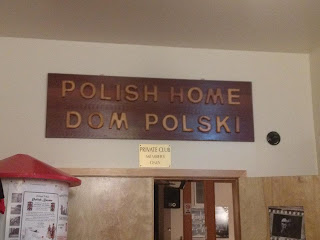 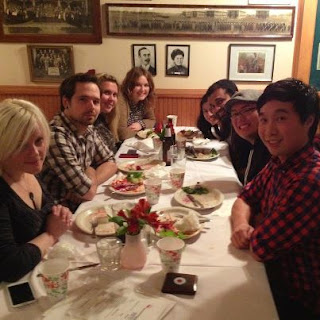 Then I got to see Elan for a bit when I got home, which was lovely.  On Saturday, we went to the Corn Maze in Kent.  Becky arrived to the house holding a big umbrella and I immediately said, "What are you doing? Don't you know this is a race?" Apparently, I hadn't told her (though why she didn't resume is beyond me.)  Don't worry; Rach and I were the reigning champions.  We were waiting patiently for people to finish the first maze when Becky and Zach walked out second.

Zach (or Becky?): I should have brought my mace - that would have slowed you down!
Rach: Oh yeah? What happens when you mace our backside?

We got a little lost in the second maze - but luckily other people gave up all together and we at least came out first of the people who completed the race.  Feeling pretty good about that.  Then I skipped a Werewolf and Halloween/Birthday party to do... absolutely nothing.  It was amazing.

We took Nala to the park on Sunday.  It was her first time away from Percy.  She got in the car excitedly.  Then ten minutes later she started to bark as if to say, "Whoa.  We forgot Percy.  Did you remember to bring him?  I don't think we were supposed to do that."  Luckily, she forgot all about him once we got to the park and actually enjoyed the quick outing. :) 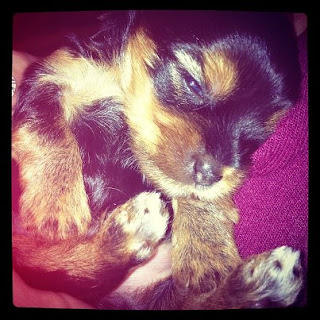 Also on Sunday, I only skipped one Halloween party and a Steam Punk convention.  I did however show up to the Nightmare haunted path.  My fam was pretty scared to go but I encouragingly shouted, "Stop being weenies!  We are going to the FAMILY version!"  Ha ha.  I was totally scared several times - and won't ever being going to the scary version.  I should have known - Jumanji was terrifying to me.  At the beginning there were all of these book scenes in which I wanted to actively speak and participate with the actors.  So when a 9 year old girl asked if I knew where someone was from The Lion the Witch and The Wardrobe, and I said I didn't, I did NOT expect her to yell, "LIAR!!!! LIAR!!!!"  I also didn't expect another little girl to tell me that she was going to hang me from a tree (is that a part of How the Grinch Stole Christmas that I forgot/repressed?)  I also felt terrible about actors asking for help and me going sorry! I think I saw Piggy's glasses over in that direction though! Or the Hunger Games kids - No, thanks! I don't want to try any of your berries!  The worst was my traipsing through the graveyard, seeing the black hooded figures coming at me, thinking, oh yeah. I see you.  You're not going to freak me out.  Only to have other cloaked figures jump out at me through the forest on the other side.  Terrifying.

A brief Hurricane update, despite the fact that it happened this week instead of last week.

My sister-in-law and nieces were doing their part on Monday evening by eating 12 gallons of Ice Cream before the power went out.  My mother declared that she and her bff Mary Jo had drink in hand, so clearly they were fully prepared for the coming storm.  Then, despite the fact that the power was still out, my parents managed to get steamed lobster for dinner last night.  Not too shabby.  I hope everyone weathered the storm as well as they did. 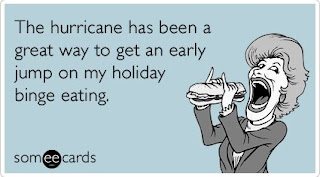 Me: Are you holding up?
Briana: Just barely.  We don't have cable or internet.
Me: That's rough.  We didn't have internet once.  We sat there debilitated and complaining, "How did people survive before the internet!!" Seriously, it was the worst ten minutes of my life.