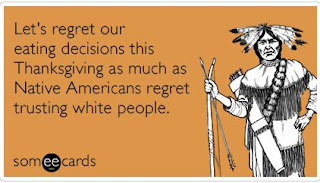 I went to see Wicked on Tuesday as a part of the "Try new things club" because Albert had never been to a musical.  I was very pleased with the play and the performance.  When we got out of the play I heard Albert say, "PETA must love that play." (I'd explain this, but I don't want to ruin the play for you if you haven't seen it.) 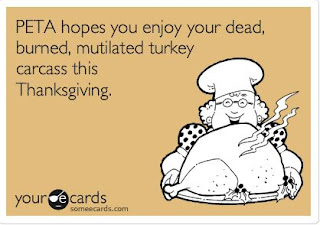 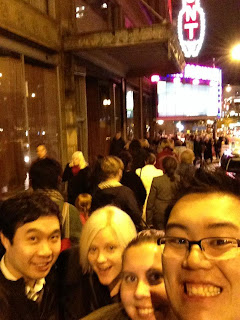 Wednesday, Nala was attacked at the park and she and Percy spent the night at the vet in case she went into shock.  It was one of those nights that I wish Dawne drank, because she definitely could have used one or four adult beverages.  Nala was back to her normal spunky self the next day, thank goodness.

On Thursday, was Shana's second birthday celebration.  It was also the first time I took Percy out on his own (as an added bonus, Nala could get some rest.)  He was a big hit.  Laina took a couple of pictures of him with Shana's phone - Happy Birthday, Birthday Girl!  Here’s what I got Shana for her birthday: 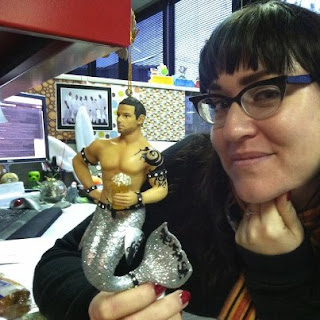 Laina, putting Percy on the dinner table: Is this poor form?
Me: I don't think Percy minds, but the guests about to eat at your dinner party might.

Shana: I didn't know times were so hard you needed to use a Ziploc bag for Lily's book bag.
Jen:  Geneva under a lot of gambling debt. (See http://www.sweetandsarcastic.com/2012/09/dirtiest-grandma-in-shoreline.html to get the joke.)

And then, somehow, Dr. Rach ended up carving all of the chickens.
Hays: Do you know how to carve a gator? I thought that was just basic Georgia common sense.
Dr. Rach: Oh yeah.  It was always like, Hey Ma! I got another one! 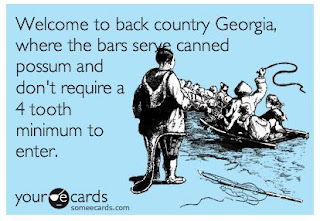 Dr. Rach: What should u do with this [carcass]?
Hays: Give it to the dog. 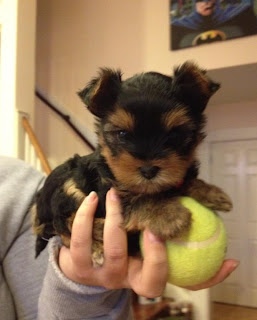 Laina to her boyfriend Mo at the dinner table: Are you playing footsie with Shana?
Mo: I just touched it accidentally.
Laina: Why don't you just grab her boob while you’re at it?

Laina, seeing Mo eat his spoon with a fork: Do you want a spoon?
Mo: I like it this way.

Talking about going to play Bingo at the senior center:
Laina: Oh! And what about my 89 year old boyfriend?! He's so cute.
Mo: I wanna check this guy out.
Dr. Rach: Whoa! What are you going to say? "Back off or I'll break your fake hip!"
Me: "I got your teeth!" 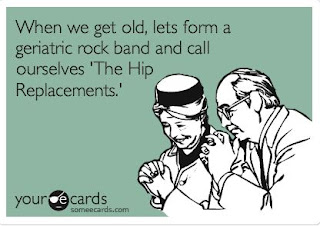 There was a moment in which the conversation went from Shana saying, "When do we have to start watching what we say in front of Lily" to "Pulling out is so 2012" so fast and such a dirty way, that I think it's probably best that I can't remember the sequence of events. 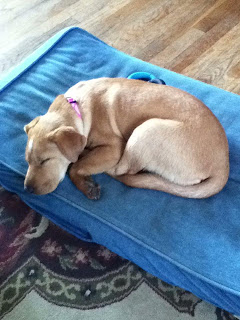 On Saturday, my sister got a new puppy, Bella.  She is a Lab/Rottweiler mix. My nephews soon got worried about Percy coming to visit this Christmas because he isn't neutered and what if he got Bella pregnant.  Not to worry guys - turns out Bella has been spayed.  Jealous of our pets, Lucas was carrying around his fish while the tank was filling up and proclaiming, "See!  Fish can be lap pets too!" 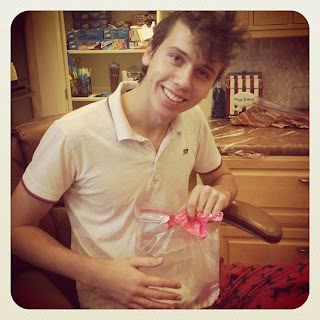 On Saturday night we had Shana's third birthday event - Yacht on the Rocks party.  We all dressed up, Jen made a cake, a good time was had by all. 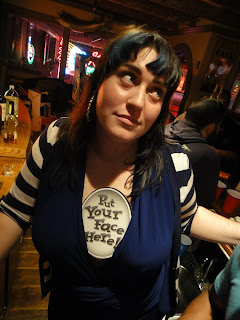 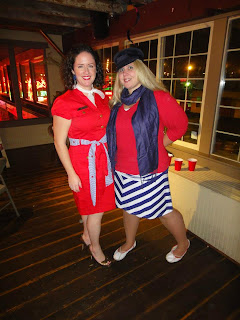 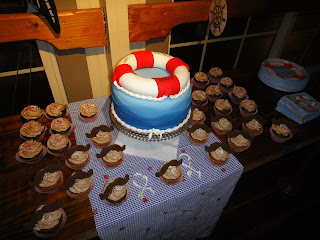 On Sunday, we had our final Twilight party.  Dr. Rach came over early and we grabbed some lunch before the first movie.  While we were eating, Rach overheard this sound bite from the table behind us: "No. No dead baby jokes. We're out in public."

Then we watched Eclipse, and then Laina and Mo arrived, and they watched Eclipse.  Half way in, the DVD player paused. When I came up to fix it Laina said, "I'm sorry I ruined your lives, and crammed eleven cookies into the VCR." When we got to the theater, one of the previews was for the show Cougar Town.

Finally, Percy is getting soooo big, he can even jump out of his whelping box AND he has a tooth!  Here’s a picture for size comparison. J 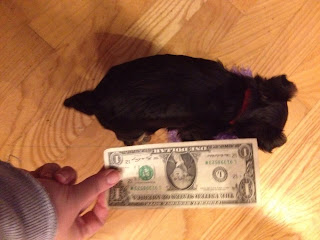 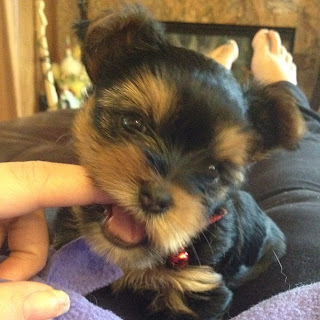 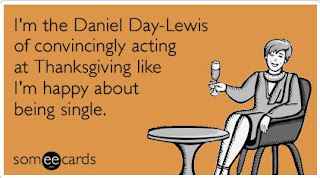 Happy Thanksgiving to all!

Posted by skcorynaffit at 4:02 PM