Who's awesome? You're Awesome!


A couple of months ago, my new boss put up some boxes as a wall preventing us from seeing or speaking to each other while at our desks.  When I called out this behavior, he graced me with a large picture of Gary Busey: 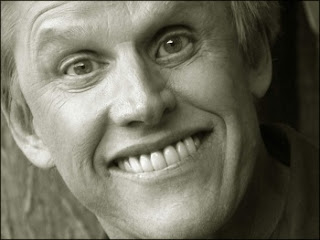 Kelly blacked out one of the teeth which helped a little bit - but overall, I just tried to ignore it. Last week, another co-worker Kevin, came over asking for tape.  As I handed him the tape I asked what he was up to.  He told me he was fixing a problem and then replaced the image of Gary with this one (my hero!): 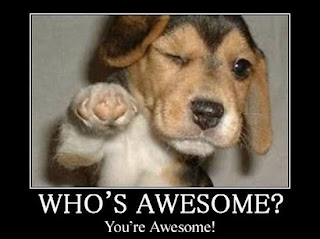 Tuesday night we cleared out furniture for Thanksgiving and Wednesday I cooked a bit for Turkey Day, and then Wednesday night I rewarded myself with an evening of dinner and games at Casa Loo (AKA: Laina's house.)  Her sister Sonya and husband Steve are back in the states after living in Ireland for a while.  Sonya handed me a coaster along with my wine glass.  Feeling like I shouldn't leave it around, when I got up, I took the coaster and glass with me.  Sonya saw this and told me that I reminded her of a delightful story about when she was in Champagne touring the vineyards, she was given a flute holder that wrapped around her neck and help the glass.  She said she thought it was silly, but after walking around a lot, it was nice to not have to hold her glass the whole time.  Essentially, it was ridiculous but functional.  I smiled and said, "So what you're saying is that I look ridiculous without a reason, function or being told to?" 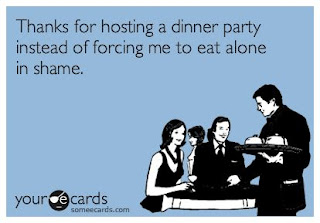 As I said, we haven't had the pleasure of Sonya and Steve's company - in fact Dr. Rach's friend Gin had just met the couple.  Which made it all the more humorous when Steve dropped the serving tongs (after dropping his fork earlier) and said, "That is SO Steve."

Laina's bo Mo was keeping things going in the kitchen while we ate.  At one point he bent over to get something out of the stove and knocked into my lower back.
Mo: Sorry about my butt in your face.
Me: That's okay.  That's actually not where my face is.
The last part was said quietly under my breath, so only Rach could hear it.  When she started laughing, I started laughing, but neither of us felt like we could laugh out loud and I started crying from trying to contain my merriment.  That happens a lot around that girl.

Jin:  Before I had my daughter, we were talking about names.  Laina told me, without a doubt, I should name her Eunice.
Laina: How is little Eunice?  (I don't even know her real name.) 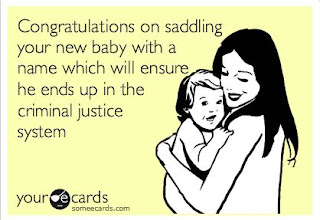 We played Things and Cards Against Humanity and giggled a lot.  Then I took Percy home and got approximately 3 hours of sleep before it was time to watch the Macy's Day Parade, Cook, watch Miracle on 34th street, do a bunch of crafts and feed 45 people. Here's what it looked like before anyone had a chance to ruin it. :P 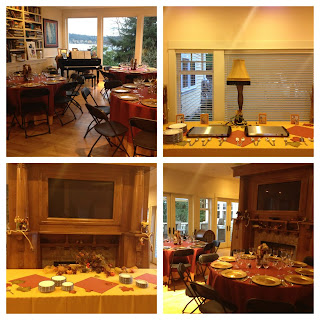 During the parade:
Me: None of these Santa's look right.  I want one that enjoys Coca-Cola.
Nate: Right, Coca-Cola's best salesman.*
Lucas: Santa doesn't sell Coca-Cola.  He gives you a Coca-Cola and then he has one himself and then you share a moment together that you'll remember forever. 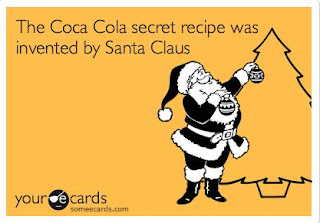 *I'm actually not sure if that's exactly what he said.

While watching the Dog Show:
Lucas: What?! The Casper dog was being abused!?
Nate: He was getting groomed.
Lucas: Oh, same thing.

On Friday, I brought Nala and Percy to Pam's for his first night away from home.  We had to pack a thing or two in preparation: 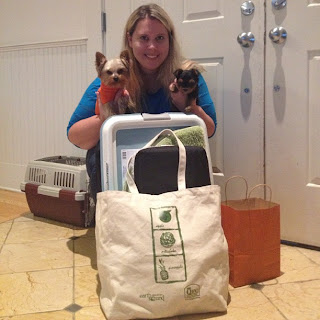 We needed a sitter because we all went down to experience Great Wolf Lodge.  We had two 6 year old twins with us who were appropriately and enchantingly excited about everything.  Despite the fact that I was super sleepy, I managed to rally in order go on every water slide approximately 5 times.  Thought about going shopping, but the hotel store didn't have any Black Friday specials.  Weird. 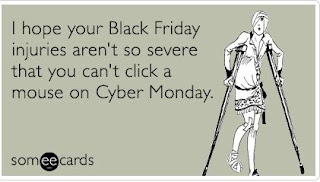 At dinner Lucas announced loudly, "This place has terrible service!" as the waitress looked over at us, very concerned, he explained, "I meant my phone!"
Dawne: I let the boys listen to whatever they want for 11 months out of the year, but as soon as Thanksgiving is over its all Christmas music, all the time.
Nate:  That's great for Lucas who loves listening to music.  Zach and I have don't care.  And since we never listen to music, it was just us being forced to listen to music for the month of December.

On Saturday, Lucas asked his parents to get a real Christmas Tree, despite the fact that he is very allergic to evergreens.  I hope the beauty of the tree outshines the misery.  Sunday, I made homemade split pea soup while we hunted down decorations to put up around the house.  I didn't take a picture of the soup, it was green - very tasty and delicious and no one even thought about the exorcist until I just mentioned it. 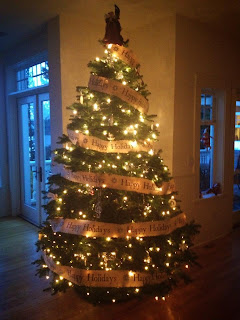 I hope you all had a wonderful Thanksgiving weekend and are enjoying your week!

Here is the Percy update: 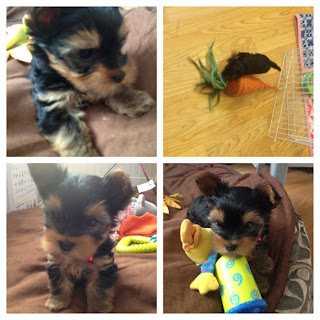 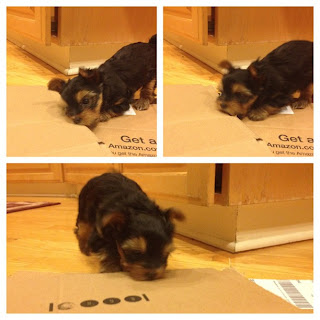 Posted by skcorynaffit at 9:47 AM