Last week was still pretty gross, but on Thursday, I met up with Becky for lunch and things finally started looking better, then I had  set back when I was forced to give Casper another bath Thursday night (YUCKS), but then finally on Friday everyone started feeling better and it was a lovely weekend.  So YAY! 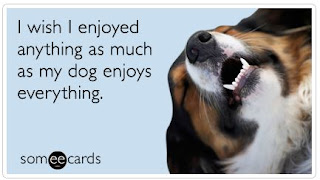 I thought "Gnarly" was a good thing in the way that "Sick" and "BA" are good things.  So imagine my confusion when Lucas came home, pointed at a hole in his pants and said, "Check out my Gnar Gnar!"
Me: Did you already have a hole in those pants?
Lucas: Those were different.  This is new.  Look inside! It's a huge gnar gnar.
Me: As in Gnarly? I thought that was a good thing.
Lucas: No, I mean yes, I can be, but this is Gnarly in the gross you just scraped yourself up in a skateboarding accident.
Me: Oh man! Don't let Percy lick it!
Lucas:  It's okay.  That's his natural instinct, to clean the wound. 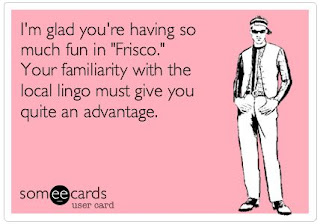 On a different day:
Me: Was your phone "blowing up."
Lucas: What does THAT mean?
Me: You know what your phone is constantly ringing or getting text messages from someone?
Lucas: I've never heard that before.
Me: Really? I think that's a pretty recent term - does this mean I'm still culturally "with it" even if I didn't know what gnar gnar meant? 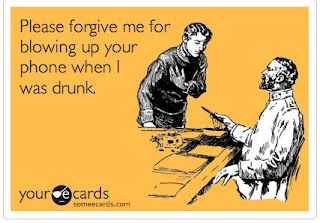 Becky posted this picture of her cat with the note: It's unfortunate how adorable he is when he sleeps, because then I want to just rub my face in his belly and apparently he does not appreciate being woken that way... 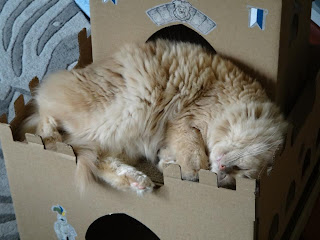 Which goes perfectly with my picture of Percy saying, Aw ma! No pictures this early in the morning! 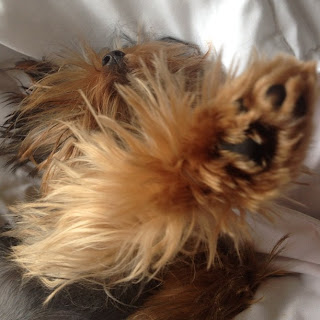 Me: I took a nap today and dreamt that I woke up to 2 feet of snow and the doors had opened and my room was completely covered in snow too.  I looked it up and this either means that I am burying my emotions or a clean slate.  I hope it's the clean slate.
Lucas: You're never burying your emotions. You're actually quite vocal. 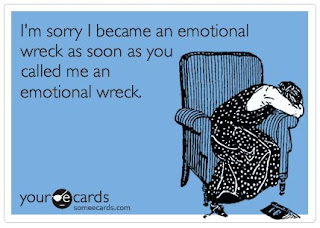 On Saturday night we were "tearin' it up at crossroads mall" which to anyone who isn't familiar is more like a food court with some stores around it.   Jordan, Lucas, Becky, Jared and I went to game night at Uncle's Games now that Zach is the new event coordinator.  We played a couple of games, one of which I did not care for at all, but not enough that I'll publically slam it.  :) When we were finished playing and putting games together...

Me: Wait! If I leave this hear, won't Zach have to clean it up?
Zach: What?
Me: Nothing, I cleaned up the game.
Lucas: Don't worry.  I hid one piece where you'll never find it.
Me: And he's not telling you which game it was from. 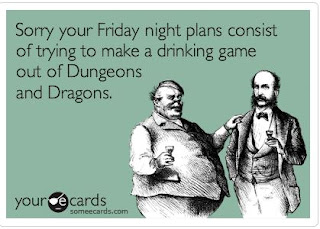 Sunday night we got pizza at Guido's (not Uncle Ray though because he doesn't know WHO would order Italian style pizza. Um? Well, WE would Uncle Ray.  We are, actually.)  Then we took a little walk before going to see 42.  I am such a sucker for a sport related movies! 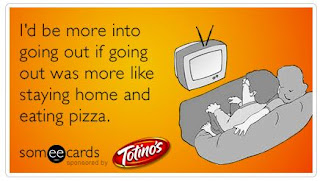 Lucas: Jackie Robinson wasn't very controversial.
Jordan: What? The whole story was him breaking social rules of baseball!
Lucas: Oh no sure, but you know how Babe Ruth was drinking and all over the place.
Me: So what you're saying is he was a wonderfully civilized gentleman and that made him...
Lucas: ... a little boring.  Yes. 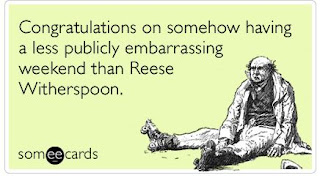 Posted by skcorynaffit at 4:48 PM