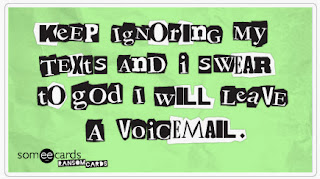 There's nothing like having a good old fashioned religious conversation to get ready for the holidays!  Lucas kicked off the discussion.
Lucas: So Jews don't believe that Jesus was the Messiah.
Zach: Yes, Jews believe that he existed, we just don't believe he was the Messiah.
Lucas: What's it called when he's supposed to come back?
Me: The second coming?
Lucas: So if the Messiah shows up... then what?
Zach: Look, it's a two strike system and Christians already used one of their strikes.
Me: Or, we were SAVED!

Several days later we had a similar conversation about Heaven, and it ended about the same way. 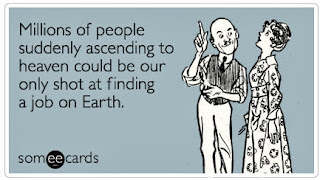 We've been jumping into the swing of the holiday movies, and are only days away from the holiday Pandora stations (really, I'm just waiting for the first gift that I wrap, though, I think I'll need it sooner.) 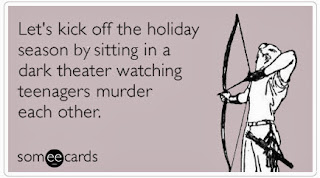 Dr. Rach and her co-workers are participating in "Planksgiving."  Yes, every day, they all collectively plank and then increase the length of said planking throughout the month.  I salute their efforts, and am Thankful that my company is not enforcing this same exercise. 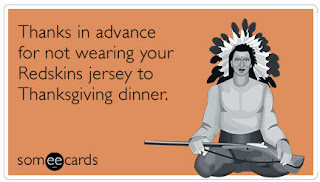 On Friday, we celebrated the one, the only, Shana Dueux.  Over some delicious food, wine and cake, we were taught by the lovely Nikki to paint.  There were two tables - my table was very into directions.  The other table was not.  This table also yelled to me several times "That needs to go into the Monday email!" but I didn't hear ANY of the incredibly hilarious, but mostly likely inappropriate, quips.  I did see Jen get up and do this, but I can't offer an explanation. 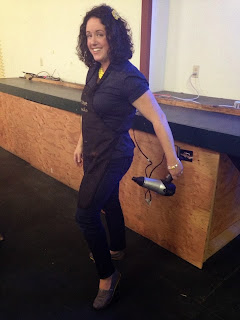 Here was the final results of our creative efforts: 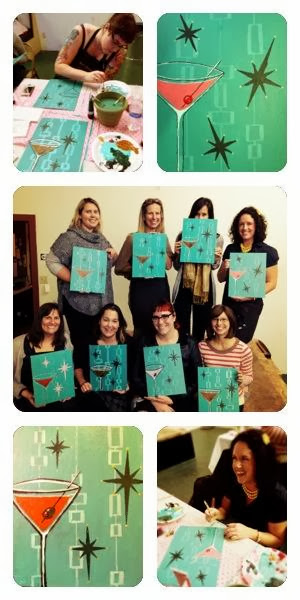 On Saturday, I had a tremendous headache, so I couldn't bring myself to go out.  I did however, watch a lot of Bomb Girls.  On Sunday, I got to go to Tyler and Amy's baby shower.  I have a pretty standard present that I like to give at baby showers, but that idea got completely thrown out the window when I saw that my favorite books we're on their registry. 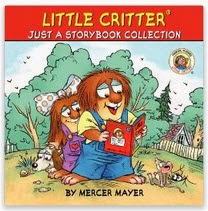 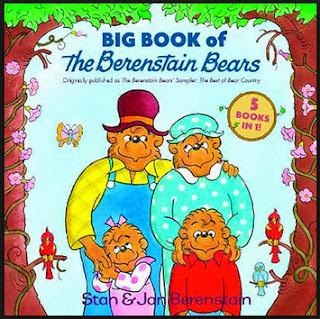 It's also getting a little chilly out, so it was about time for Percy to try on his Sea Shepherd hoodie: 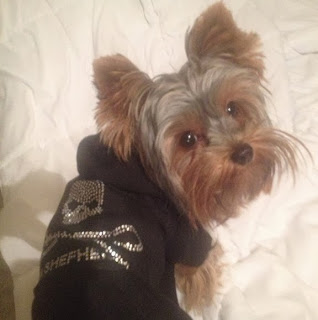 I also forgot to tell you that another one of the college app questions I heard from Lucas.
If you could cook something for the college admission board, what would you make?
Lucas: A seasonal slice of pumpkin pie with some hot lemonade. 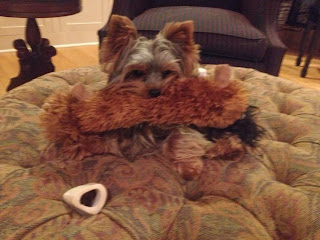 Posted by skcorynaffit at 3:38 PM