Nothing Warmer Than A Warm Soul

Last week D&J were in Germany/Amsterdam gallivanting with the lovely Kathi (oh, and working).  Meanwhile, back on the ranch, I left helpful little sticky notes all over the house to remind Zach to take the dogs out.  Later, I received a facebook message and call from Zach telling me that my dog was driving him crazy.  I kinda laughed and asked him what he was doing.  When Zach said he couldn't find Percy, I thought he had just let him out and just couldn't get him inside the house.  I didn't understand he had been lost for 2 hours.  I gave him some ideas to get him back, and then when I didn't hear from him, I assumed everything had worked out.  That was not the case.  I jumped in the car to come home and look for him, when I got a call from a neighbor (on the parkway level) telling me that they had Percy.  Thank God.  When I told my mom, she said, "You know, if Sean or Maureen lost one of my grand-kids for three hours I'd be furious."  And, I would be furious, if Zach hadn't been tortured for three hours looking for the munchkin.  Jordan then sent me this with a note saying, "I imagine this is what Percy says to Casper and Nala." 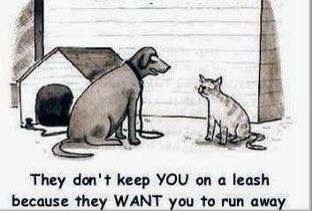 By the way, the next time Zach told me that Percy wouldn't go outside until Zach picked him up to put him on the leash, afraid that he would be kidnapped again.  AND he didn’t even apologize for scaring us. 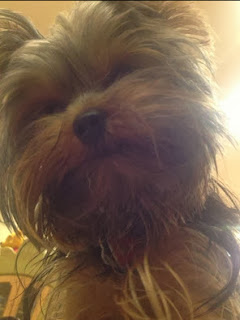 Zach: I can't believe no one liked my Jenga post today.
Lucas: Oh, yeah! People stopped using Facebook and that's why you don't have any likes. 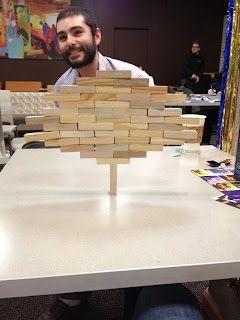 On Friday, Sabbath was held at Red Robin.  Luke's BFF, Arda joined us.  Talk about a fun person.  Or rather, I'm about to talk about a fun person.  Arda refuses to change after Crew.  This means, that on any given day, regardless of the weather or his social obligations, he arrives short shorts, with a tank top that is slightly longer than his shorts, making him appear to be walking around without any pants.

Lucas: I can't believe you can order a milkshake, aren't you cold?
Arda: There's nothing warmer than a warm soul, Lucas.

The following day, Lucas and Arda made a French cooking video for class in which they made beignets.  They taped it several times, one serious, one joking, one with accents and one to completely make the audience feel uncomfortable a la Andy Kauffman.   I actually don't think Arda even takes French, he was just helping Lucas out.  In fact at one point I overheard him say, "French, English, it's all Greek to me." 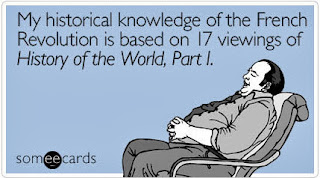 Oh! Let's not forget that Zach was annoyed by the fact that I slept in on Saturday (until 9 am - which wasn't exactly true because I was up at 5 to let the pups out.)  As soon as I finished making coffee and feeding the furred and aquatic creatures, I had to start working on a last minute costume for Zach.   We ended up with Linus Van Pelt - and it was adorbs.  I also ran into a situation that made me feel old, even though my stance should have made me feel young. 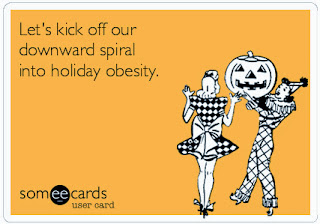 On Sunday, we watched a movie called, "The Way, Way Back."  In it, there was a young 14 year old who was a little on the reserved, awkward side.  Lucas commented that he reminded him of himself, and all of his friends.  This young boy, quickly meets the owner of a water park, who is awesome and funny, and makes the kid feel like he too, is someone awesome and fun.  As I watched this guy, I realized he totally reminded me of my sister Maureen.  How lucky am I that I never had an opportunity to really feel like that awkward teen because I had this incredible person in my life who made me feel super cool, and entertained me every single moment.  :) Too bad, so sad, that I didn't live up to the role for Luke - but you know, you win some, you lose some and other adages. 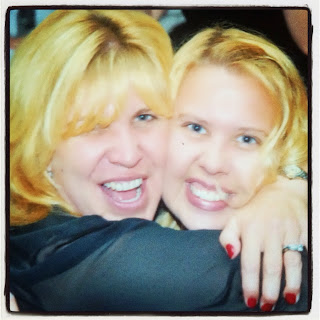 Posted by skcorynaffit at 1:38 PM