I've been really distracted, so if this email is fractured, that's probably why.  My brother made a comment about it being "good to be reminded." I wasn't sure about that when he said it, but now I realize that it is good to be reminded.  Reminded of how important family is.  Reminded about what's important in life.  And reminded to be grateful for the good things that are going on in your life, while you can.   Like living near Mt. Ranier. 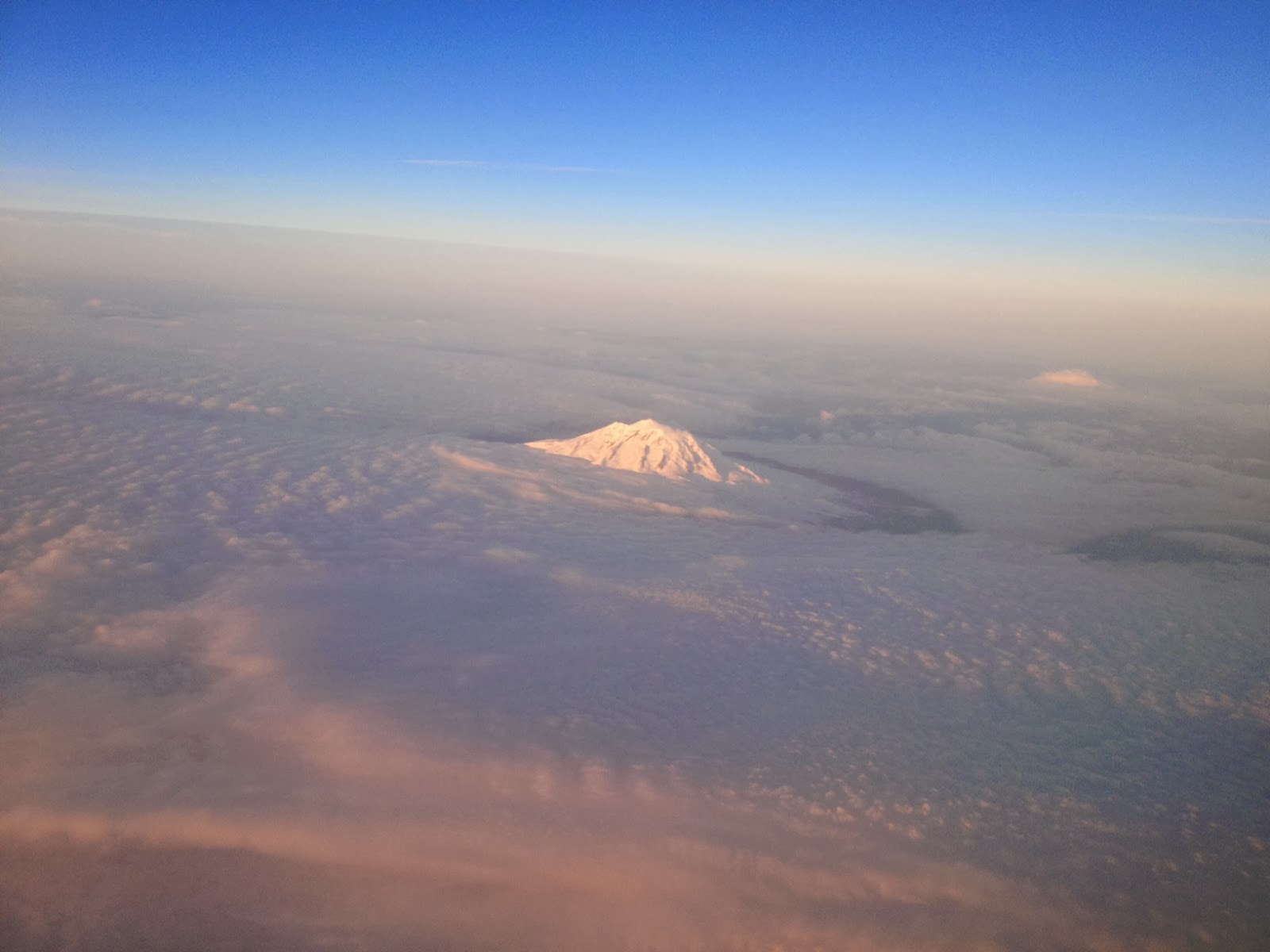 I'm not sure where to begin.  I made the last minute decision to fly down to Florida last weekend.  I received word that my cousin Theresa was in the hospice and was fading fast.  I met my parents and brother down there, and my cousin Colleen was gracious enough to let us stay with her.  I got to stay in her daughter's bedroom (who is currently away at college.)  While the circumstances were sad, finding this taped to her shower wall, was not. 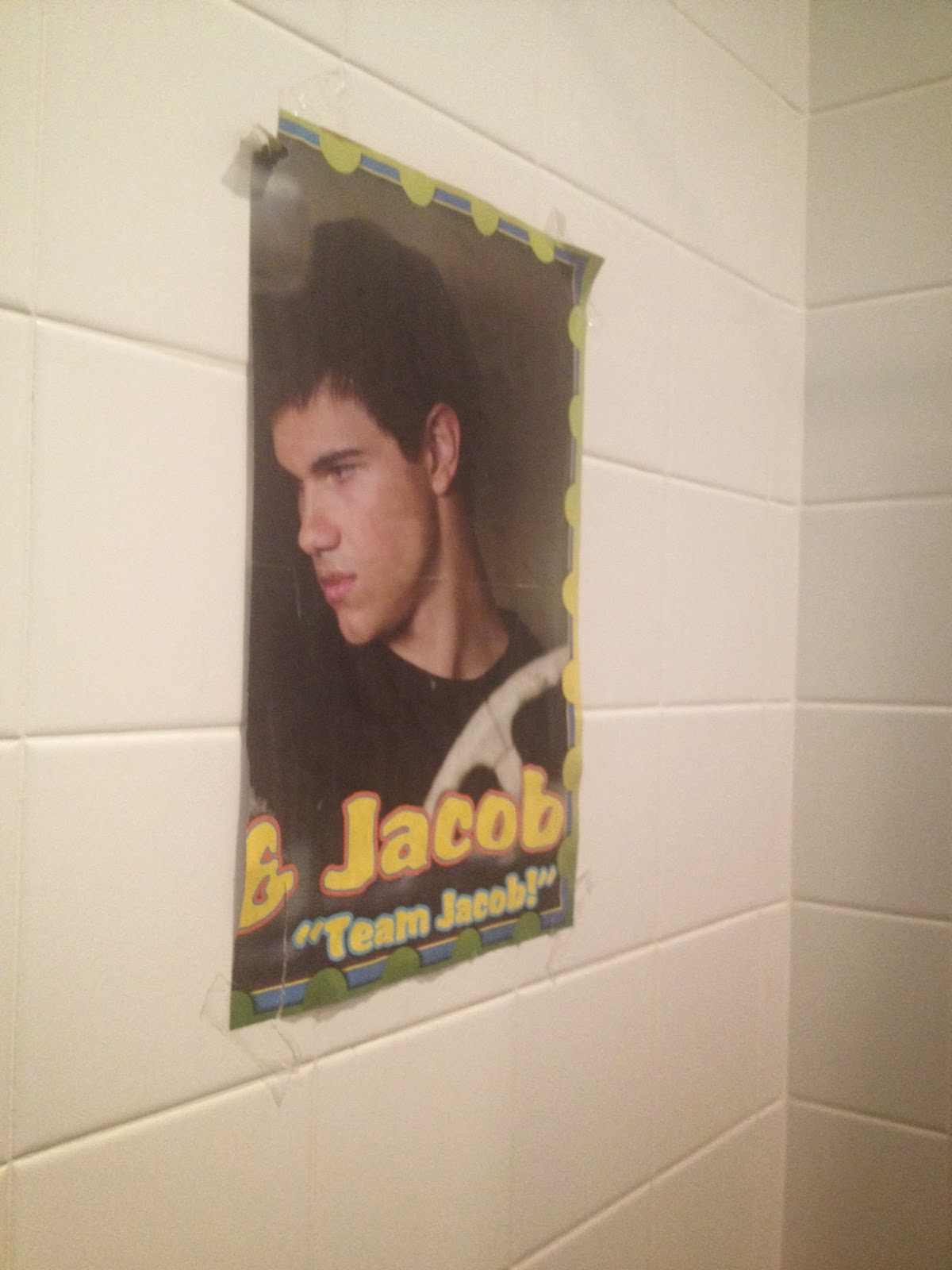 Sean was staying in Anthony's room.  Anthony and his brother Brendan had spent a couple of summers with Sean and Stacey, while they interned at the NYSE.  On Saturday morning, Sean FaceTime’d with Stacey and the girls. 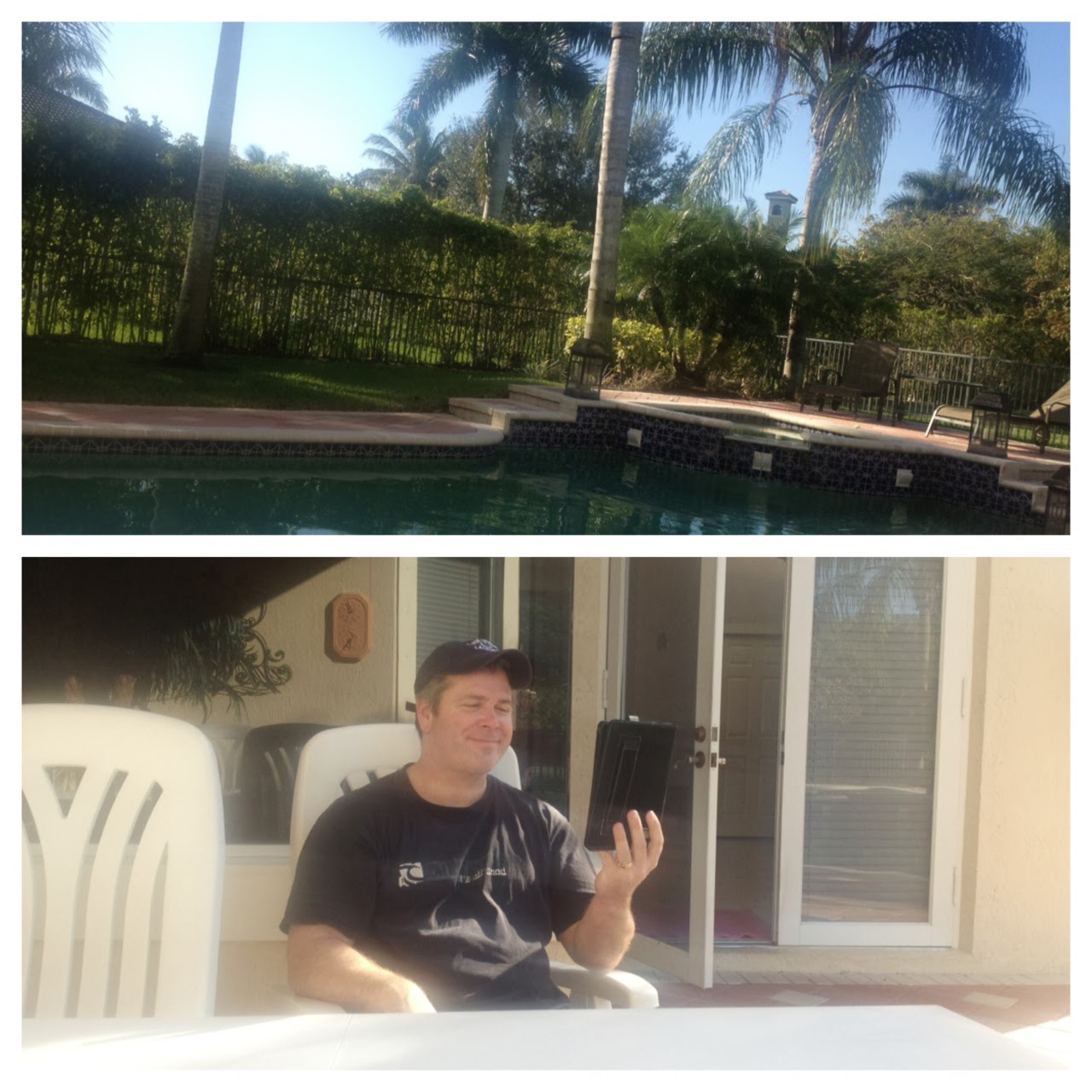 Sean: Colleen must have bought trophies for Anthony because there's no way he earned all of those.   And I'm not sure but I think he painted his room to match our guest room because he missed us so much.

Jackie then proceeded to tell us all about how she was busy making a birthday wish list.
Sean: You're birthday planning already?
Jackie: It's hardly a month away.
Me: Actually is 5 weeks away.
Jackie: EXACTLY
Me: Maybe you should take some time and think about what you're going to get me for my birthday.

An hour later I got this email from Jackie:

Hey it is Jackie!!! Here is your Birthday List! I hope you have the time to look up all the items you are asking for because they ROCK!

I wrote her back.

Oh man, I hate to tell you this, but I already have half of these. Clearly you know me a little too well. :)

So, my cousin Theresa’s husband had a stroke a couple of years ago and sometimes needs some help dressing (apparently.)  I only know this because over drinks I heard Kristin say, “I haven't seen a penis in 20 years and then I had to see Toms.”

Tom: I can’t find my milk.
Kristin: Are you accusing me of stealing your milk?
Tom: It didn’t just disappear!

Tom also, in a bit of a rage, called my cousins, “f***ing Gypsy see you next Tuesday.”  Again, that was not funny, but the fact that we proceeded to bandy about the term, “Gypsy C’s” for the rest of the weekend was very funny to me.

On Friday night, we went out for a late dinner and drinks to Applebee’s.
Waitress: Would any one like dessert?
(cousin) Tommy: I'll take the baked Alaska.

On Saturday, Frita and I went up to the hospice early to hang out with Theresa.  I got her to eat a little and drink a little, small victories is really all we had this weekend so I took what I could get.  Then we dropped her husband back home around 3 while the rest of the fam started showing up. OH! Wait, backing up.  Jen, Tommy and Curtis arrived at one point.  Then, I heard the emergency alarm go off.

Me: Jen, where’s Curtis.
Curtis (running into the room, sitting down like a guilty child): I was just checking to make sure it worked! And I didn’t see the big red sign…

Ironically, it was the door next to the other sign that said, “No talking; Quiet area.”

Colleen: Theresa has good veins.
Kim: I noticed that too!
Theresa turned to me, and with her eyes only said to me, “Why are they looking at my veins?”  I didn’t know what to tell her.  I guess that’s what you get when you have two Nurse sisters.

That evening we all went back to my cousin Colleen’s for some BBQ. There was a lot to talk about, but I think most of it should stay between fam.  Except…

Two stories were going on at the same time that included the following being said all within moments of each other.

Pat: He gave him a Bro Job.
Anthony: Come on! I’ve seen Pawn Stars.
Frita: WHAT ARE YOU GUYS TALKING ABOUT!?
Me: Um, they said BRO job and PAWN stars.
Frita: oh.  That’s not what I heard.  What is heck is that?

Kim: I’m going to make one of these fancy cupcakes [from the magazine she had.]
Me: Oh really?  Did you just tell me you weren’t able to make Brookies?

Meanwhile, my cousin Erin makes waffles… from SCRATCH (no bisquick!) 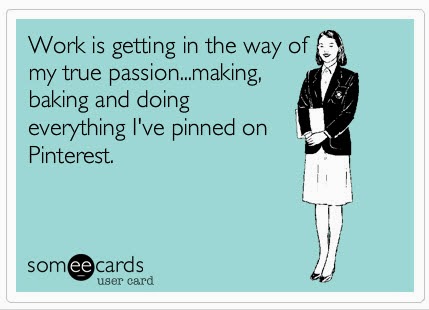 Kim (to Sean as she was leaving): Have a safe trip and if you don't, remember the fun times we had.

I’m not sure if her husband, Ralph was intentionally funny, but we thought he was hilarious.  For example, Colleen baked coffeecake in the morning and then had to run to an appointment.

Ralph: You have to use a special knife for the coffee cake so you don’t scratch the pan.  I know because I've scratched it before.

While watching the Oscar’s, during one of the songs: This is like American idol; he's not going to make the cut. 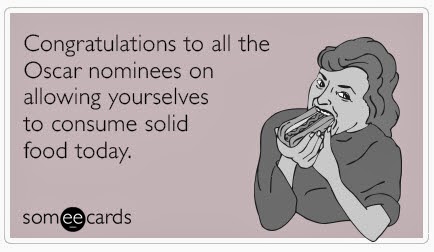 And, when my cousin Tommy called on Sunday evening to tell us that he fell riding his bike and broke his hip, and everyone was asking about doctors, and prognosis, and how it happened, Ralph kept say, “but was it his left or right hip?” 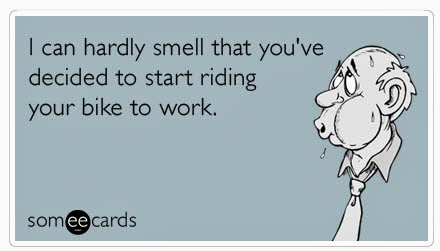 Sean joked around about making sure he didn’t get any sun, even carrying an umbrella if necessary, as not to upset Stacey upon his return.  That was easy, but getting home was not.  He ended up having to take a couple trips to the airport before he finally was able to get a flight home.  (I drove twice on Sunday, joking about how I like to take some test runs, and then got lost going on Monday.  Doh.) 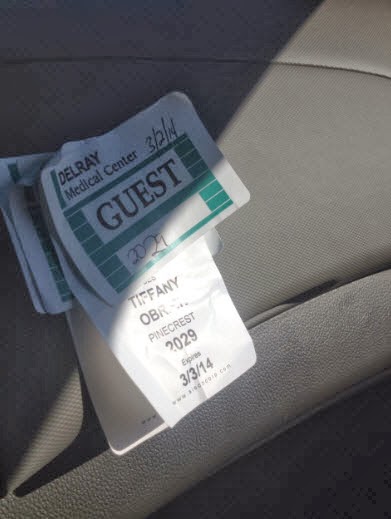 I didn’t get home until 2:30 am Monday night/ Tuesday morning, and sadly, Theresa passed away this morning (3/7).  I’m glad we were able to get down to Florida to see her, and spend some time with the fam.  Hug ‘em while you can people! (This, from the non-hugger, I know!)

Posted by skcorynaffit at 5:31 PM