Percy got some nautical items in his barkbox, including this fun “outfit” and a lobster that floats in the pool – which he of course LOVES. 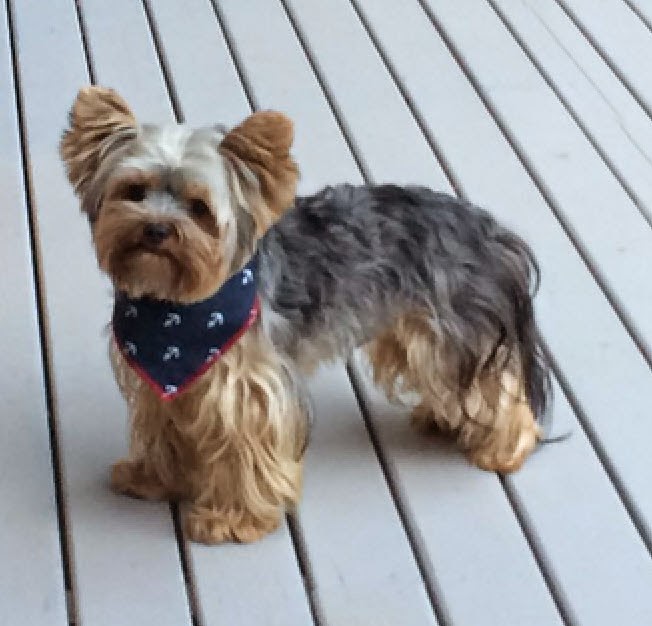 Just to add fodder to my ridiculous reputation, I was up on Tuesday night, unable to sleep, all because I couldn't remember a story I wanted to write into one of these updates.  See, I really do care about you all.  I woke up, still wracking my brain.  I called my parents asking them if they remembered anything significant in our conversation the day before.  We covered Gen Con, and how well the show went for both Jordan and Raymond; Dawne heading down to CA with Lucas, Lucas' camping trip, work stuff, and family night.  None of it was ringing a bell, and my obsessive nature would not let me stop thinking about it.  We were sitting at Trivia Night with Dawne, Jordan, Matty, Anders, Rach and of course the pups.  Feeling pretty good about getting an all-time high score for us, when Dawne started telling a story.  That's when I had a Lucy/Charlie Brown moment: https://www.youtube.com/watch?v=nPeFGda8l4I

The fam was at a bar in Indianapolis playing trivia.  There were ten questions asked and three of them were questions about Jordan... and they only got two of them right.  (Anti-climactic, sure, but I at least I could go back to sleeping at night.) 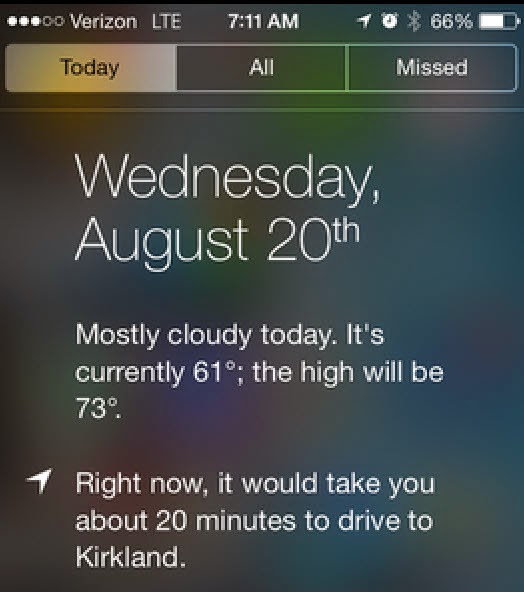 I also was challenged to the ice bucket challenge. Which I then followed up with a warm water challenge for Percy because he totally loves being a part of the group.  (It seems kinda mean now that I look back on it, but then again, he does love water.) And then a week later, Shane decided to show off a bit.

On Friday, Kelly and I went to Seattle Art Museum Mixer where we painted beards after two models.  When Adrian asked where we were I just replied, "BEARDS."  He eventually found us. 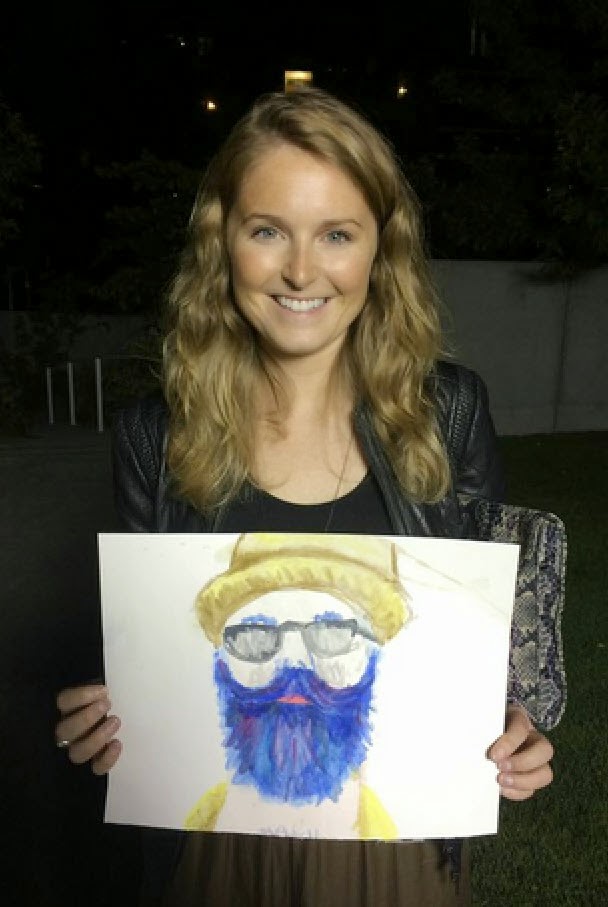 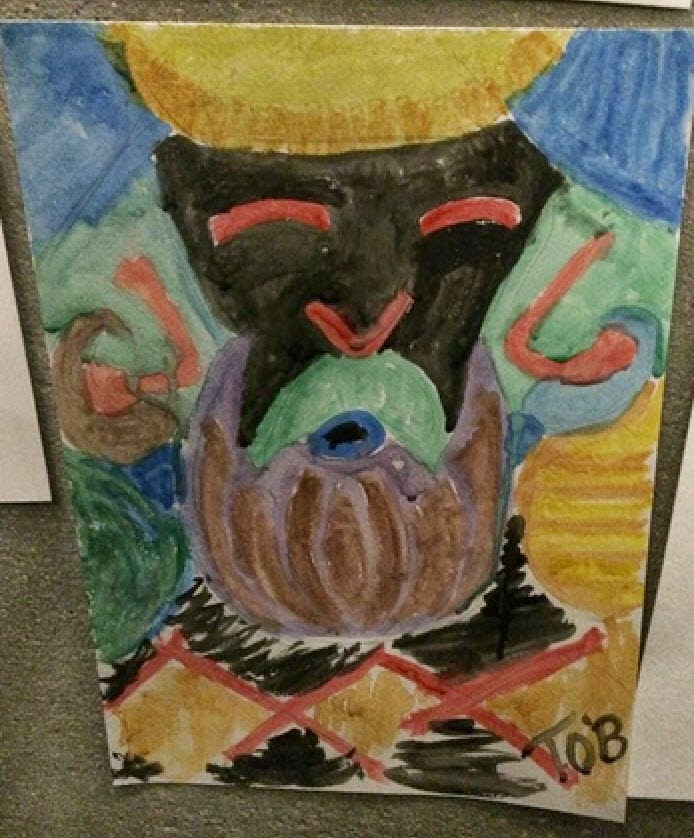 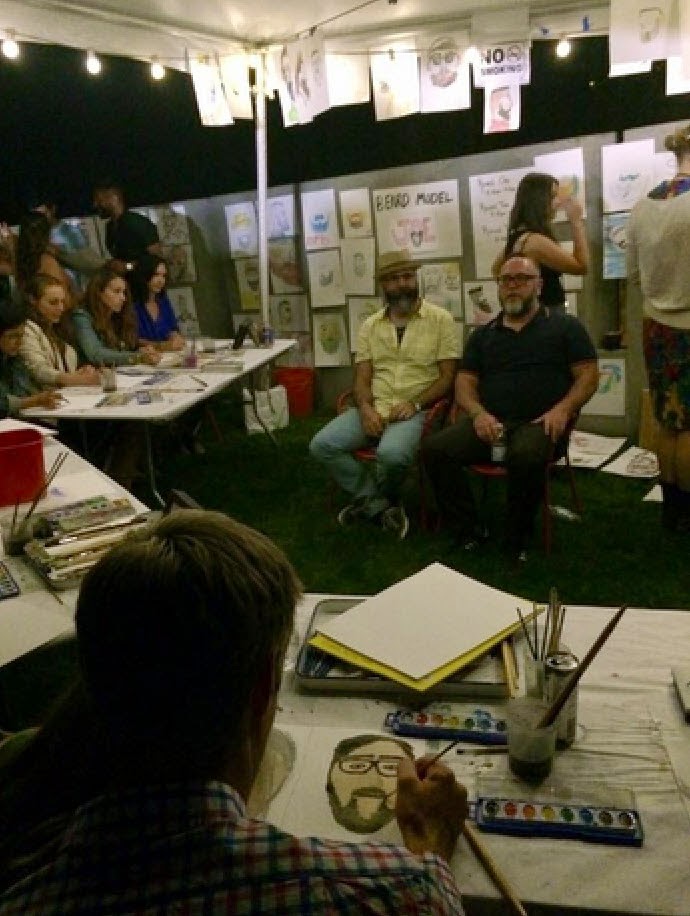 There was an exhibit of old typewriters where you could type a sonnet or letter or whatever.  Adrien and his friend tried for 20 seconds before they walked away, not having any idea how to work it.  Kelly was also confused, but I stepped in, unjammed the keys, fixed the tape and then fed in new paper.  I offered it back to Kelly to type the letter, but two or three letters in she handed it back to me.  I had no idea I was so old.  Also, typewriters are cool.  I wish computers were as satisfying.  Enter and Ding! 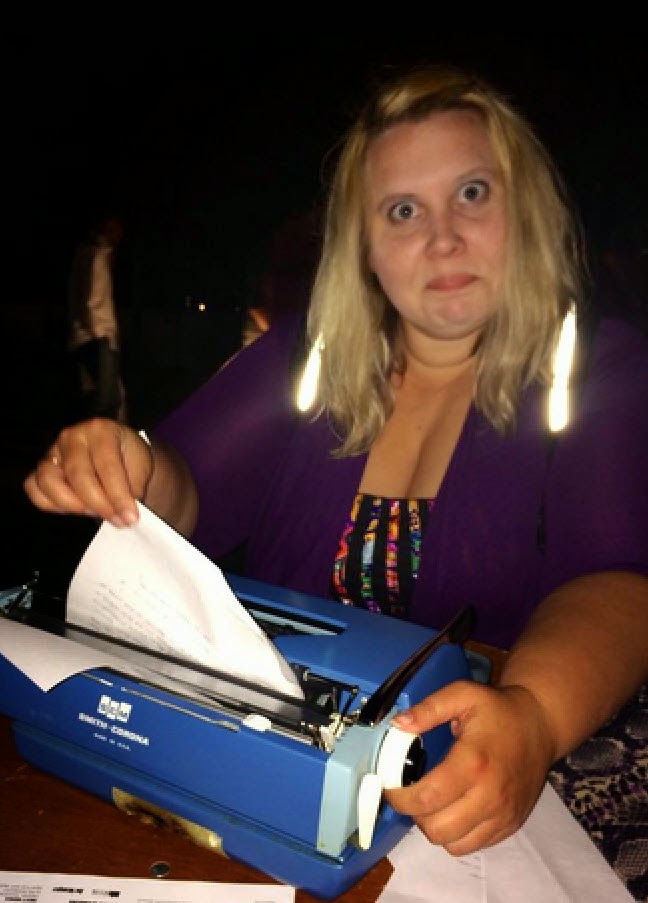 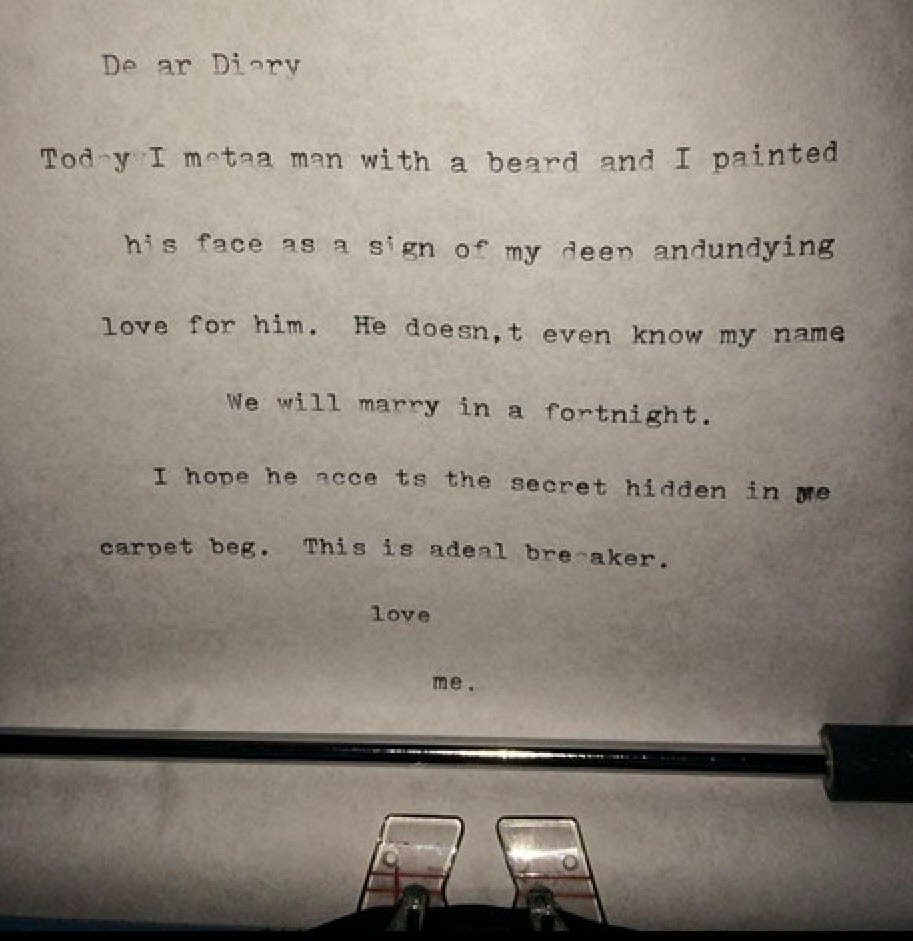 I snuck Percy in with me, and he would have been hidden the whole time, if Kelly hadn't insisted he be a part of our photo booth moment.  As soon as I took him out, the ladies behind us said, "Ohh! They have a puppy as a prop!" and then asked if they too, could borrow Percy for their photo.  I handed him over, but I don't think he appreciated the situation. 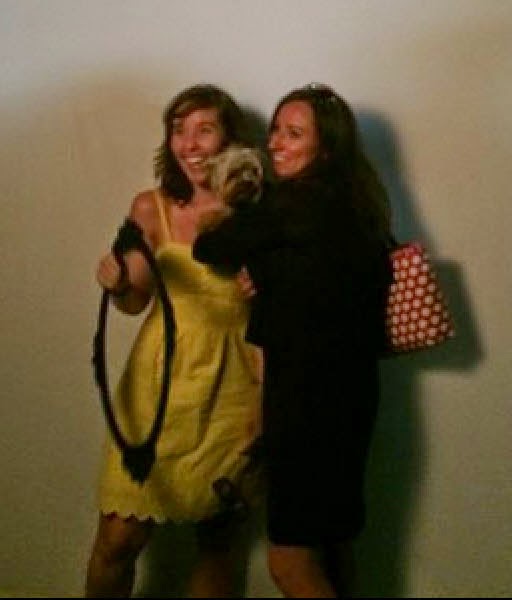 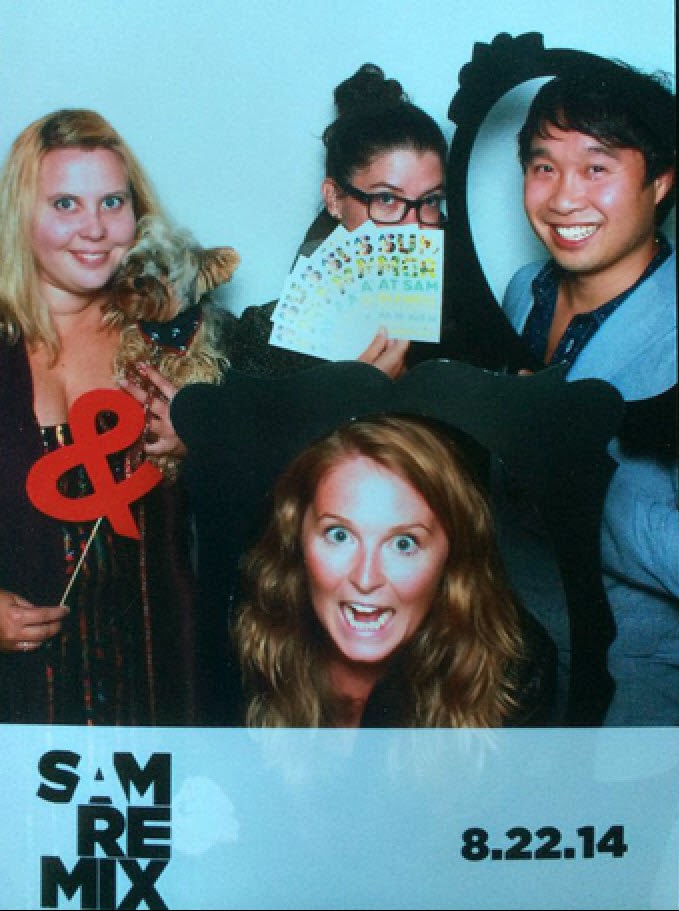 Totally random FB share, but Jenine posted this picture with the caption: This guy got a little handsy. 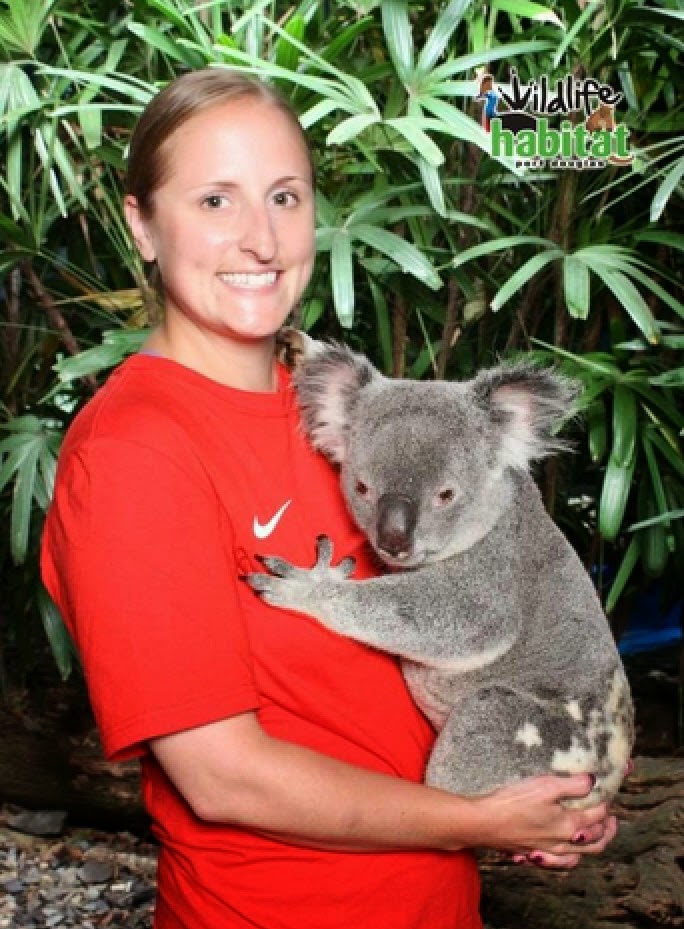 On Saturday, we celebrated Jen's birthday with dinner and the ancient art of Karaoke.  On our way over, Becky mentioned that her colleague told her that she didn't have a heart of a dancer.  As soon as she said that, I became immediately outraged.  She told me to chill, because she might not have a dancer’s heart but she has a heart of something.  I don't remember the rest of the story because I my head was filled with giggles and indignation.

Laina's mom had been crocheting some fun things for Laina with orange thread.  When she gave Laina the gifts she said, " Well I keep hearing that orange is the new black."

Half way through the night Laina turned to Jen's friend and said, “Why didn't we meet you earlier, so many wasted years etc. but I don't remember your name." "Carrie." Becky also told us a story about her cats which definitely ended with, “I like Kieske better."

I don't remember who said this, but it still makes me smile: I know you're looking forward to me coming.

Once again, Jen used her moniker, "Big Dan" which is amusing and also nice b/c we're a big fan of Big Dan.  A gentleman serenaded Dr. Rach with a pleasant little ditty that I had never heard before.
https://www.youtube.com/watch?v=yhuMLpdnOjY 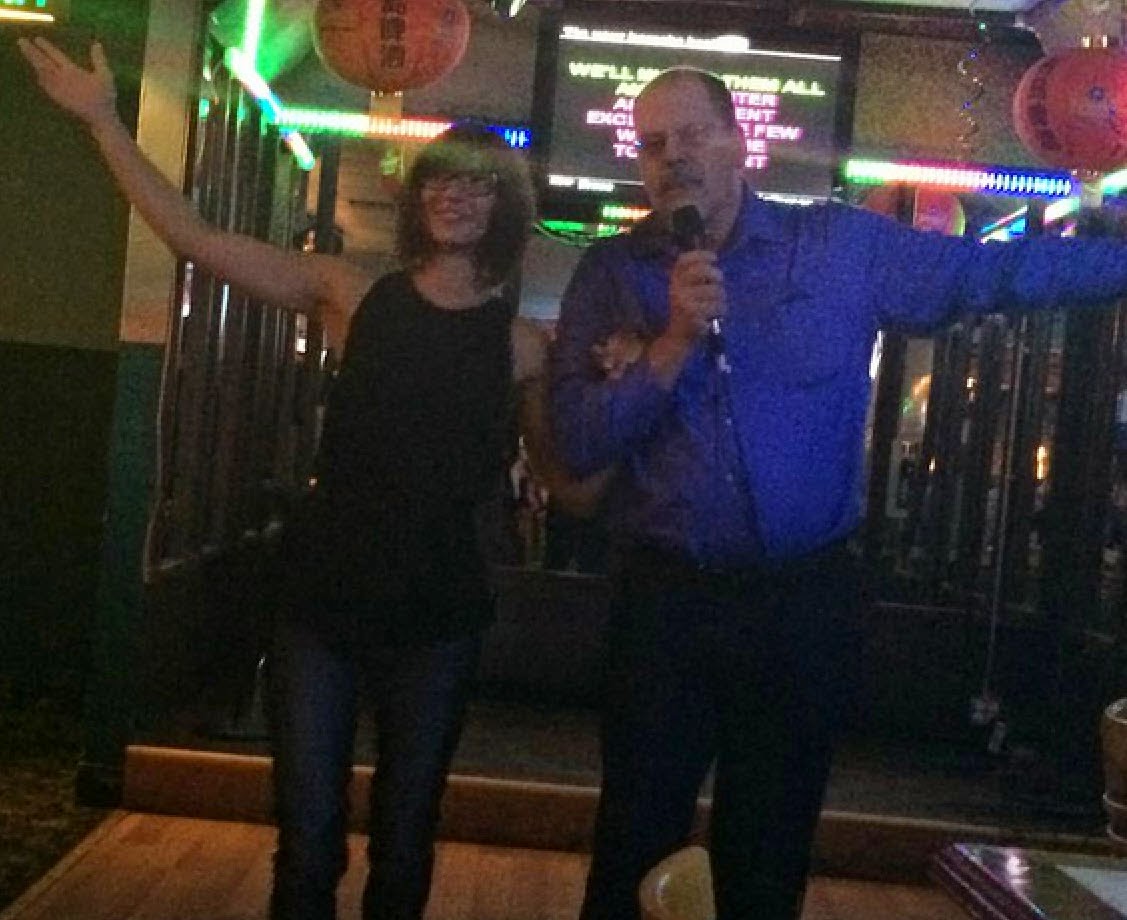 And before I put a lid on this one, here's one of my nephew's playing with there's pop's in Ocean City. 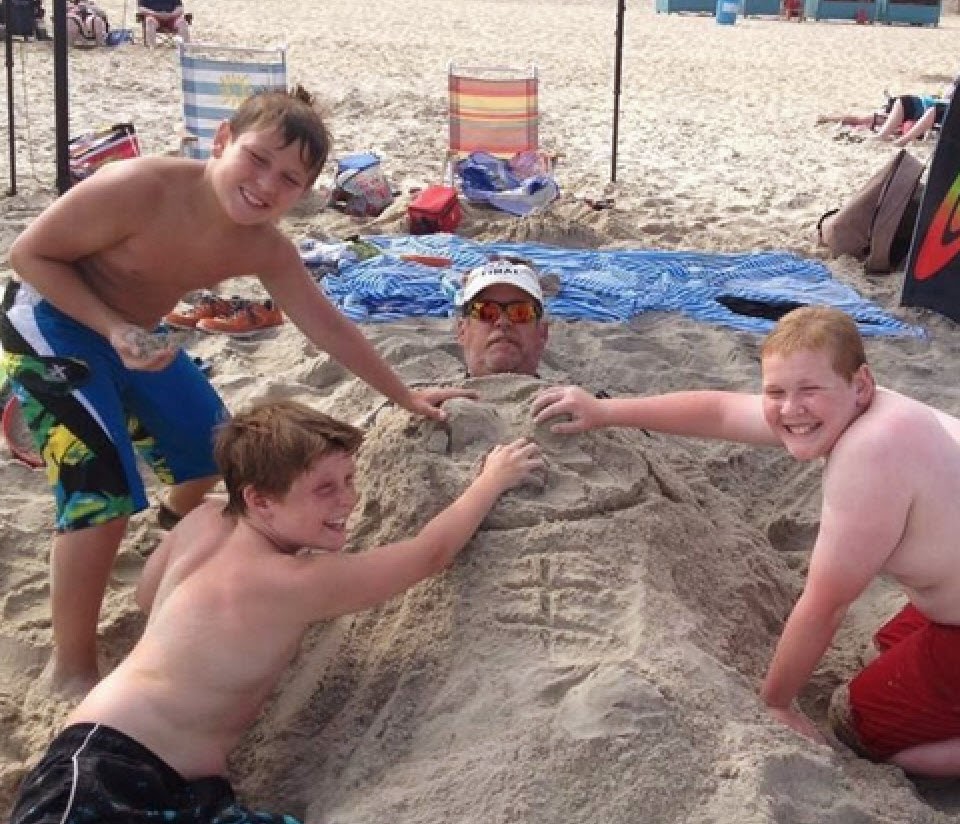 Posted by skcorynaffit at 8:56 PM