Christy told me I needed to get my act together on these updates.  I was all, I’m not that far behind! However, the calendar says otherwise. 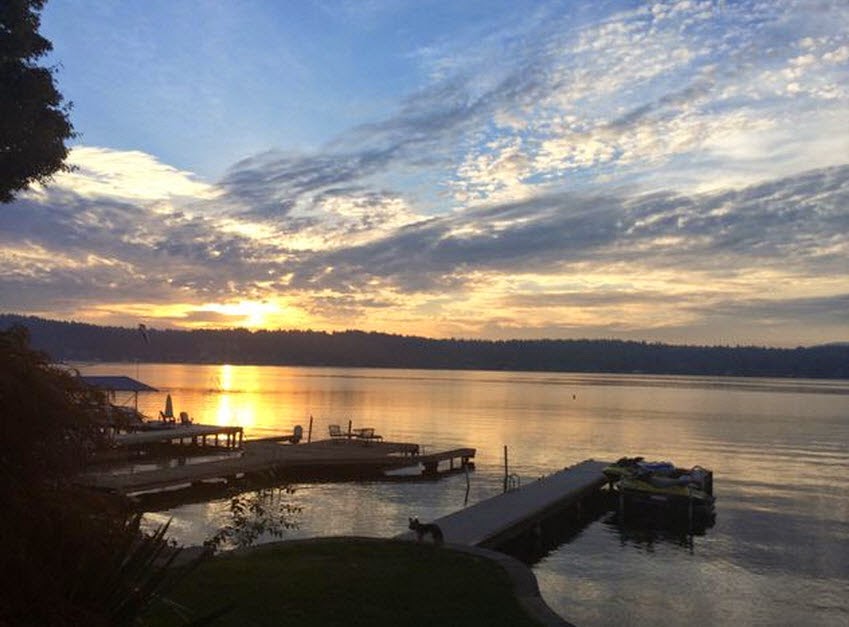 I had a meeting early in the week with a partner from Germany.  I was just about to leave the house, when I grabbed my coffee tumbler and spilled all of the coffee on myself, the counter and the floor.  I quickly mopped it all up, and then changed, but definitely not the way you want to start your day.   The meeting ended up going well, (+1) and I did not spill the Starbucks coffee that I brought (+2).

I had breakfast with Gabo, who I haven’t seen since July, so that was awesome.  He was telling me all about his new job, orientation and making new friends.  I love that the company has set up a free lunch Wednesday, where you sign up to have lunch with a couple people you’ve never met before at work.  The time and place is chosen by the company, and then paid for – and all you have to do is show up and wade through uncomfortable conversations in an effort to get to know others.  Even after working at the same place for over 3 years, I still think I could benefit from an event like this.  Especially because I stopped meeting new people when Kelly left. 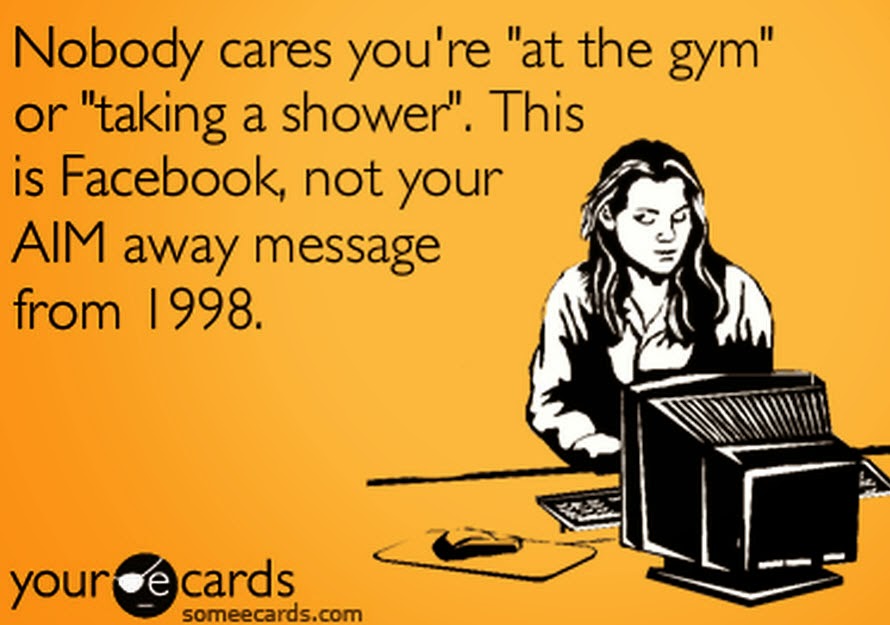 Not sure if he’s going to be happy about me sharing this story or not… but there was an incident in the work showers.  He went in to take a shower and was humming and whistling as he prepped for his shower for 5-10 minutes. As he leaned down to take his shoes off, he saw that someone had been in the stall the whole time.  He quickly got dressed and waited a bit for the guy to finish up, wash his hands and then leave.  The thing is, the stall opened up to the shower, so I don’t know what this guy’s plan was.  Had my friend not seen the other guy, he would have been very surprised while showering, to be sure.

Oh, so then I woke up one morning and immediately took Percy outside.  Basically, I had been up for all of 2 minutes when I went to walk down the stairs and completely slipped and fell down the flight of stairs.  I was then amazed to find that I hadn’t broken anything.  Though, I’m not sure that did my injured foot any favors. 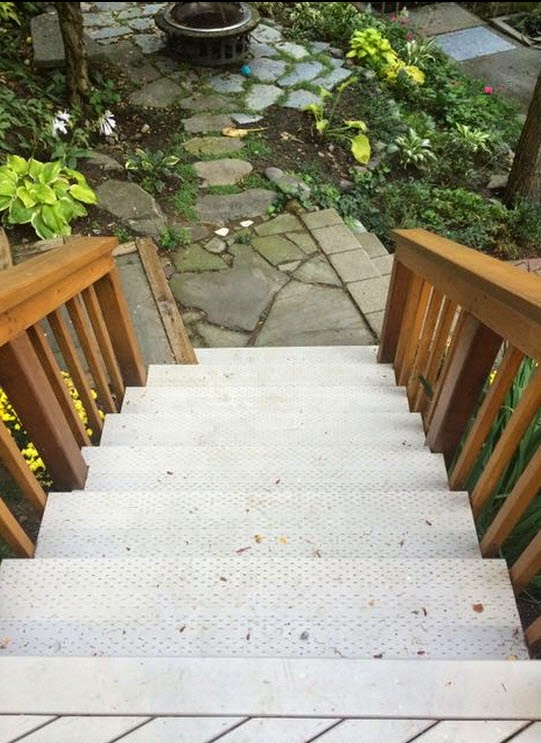 We booked our flight to Myanmar!  Sooo stressful, so I’m super pleased that I don’t have to think about it.  I also found some additional sources for Cristi’s student in PA.  And then while I was at work, I got a package from 3 + Me, a 3D printing company that made me into black widow.  I thought it was a cool concept, but then when it arrived, I ran around the office showing EVERYONE my cool statue. 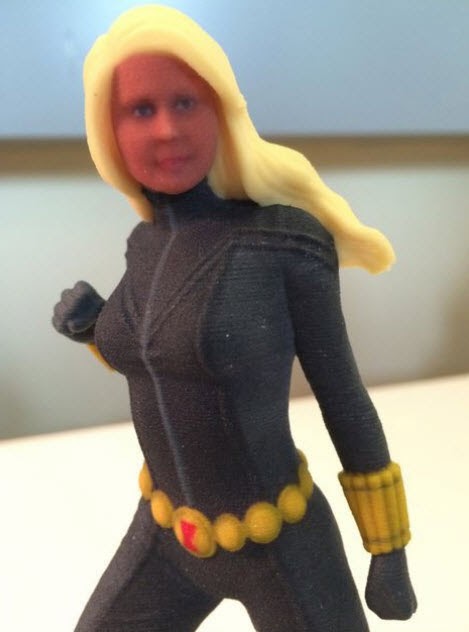 On Saturday I had an impromptu bbq and game night with Rach, Anders, Kelly, her mom and sister, and a special guest appearance by Zach.

Before and after dinner we played this game called “Telestrations” which was seriously awesome.  Basically, you write a word, the next person draws it, then the next person guesses and so on.  Everyone is guessing and drawing at the same time and then at the end, you go through all the iterations and laugh and laugh.  For example, once the word was Casino but at the end we had a drawing of the Special Olympics.  Here’s how something like that happens: 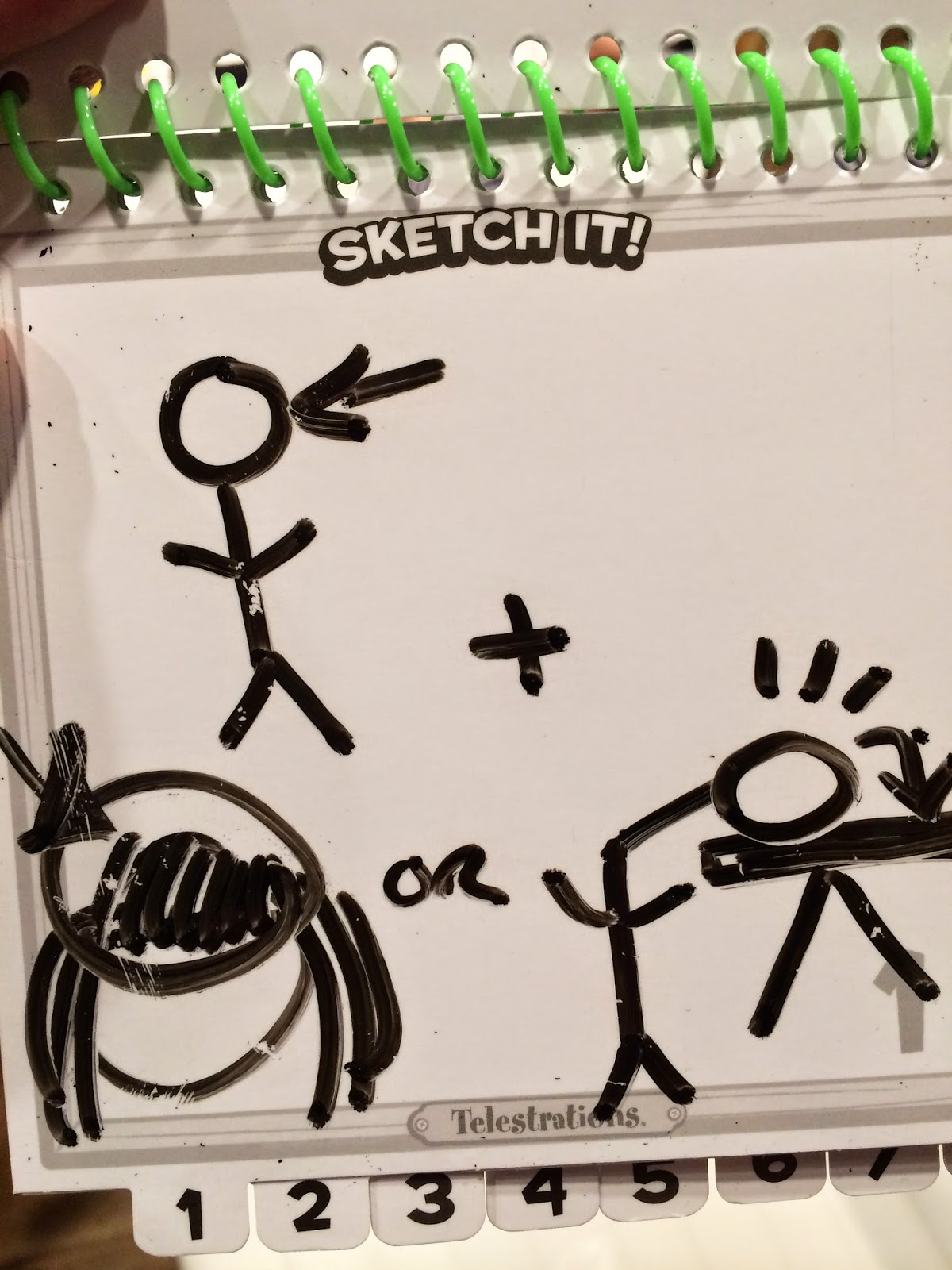 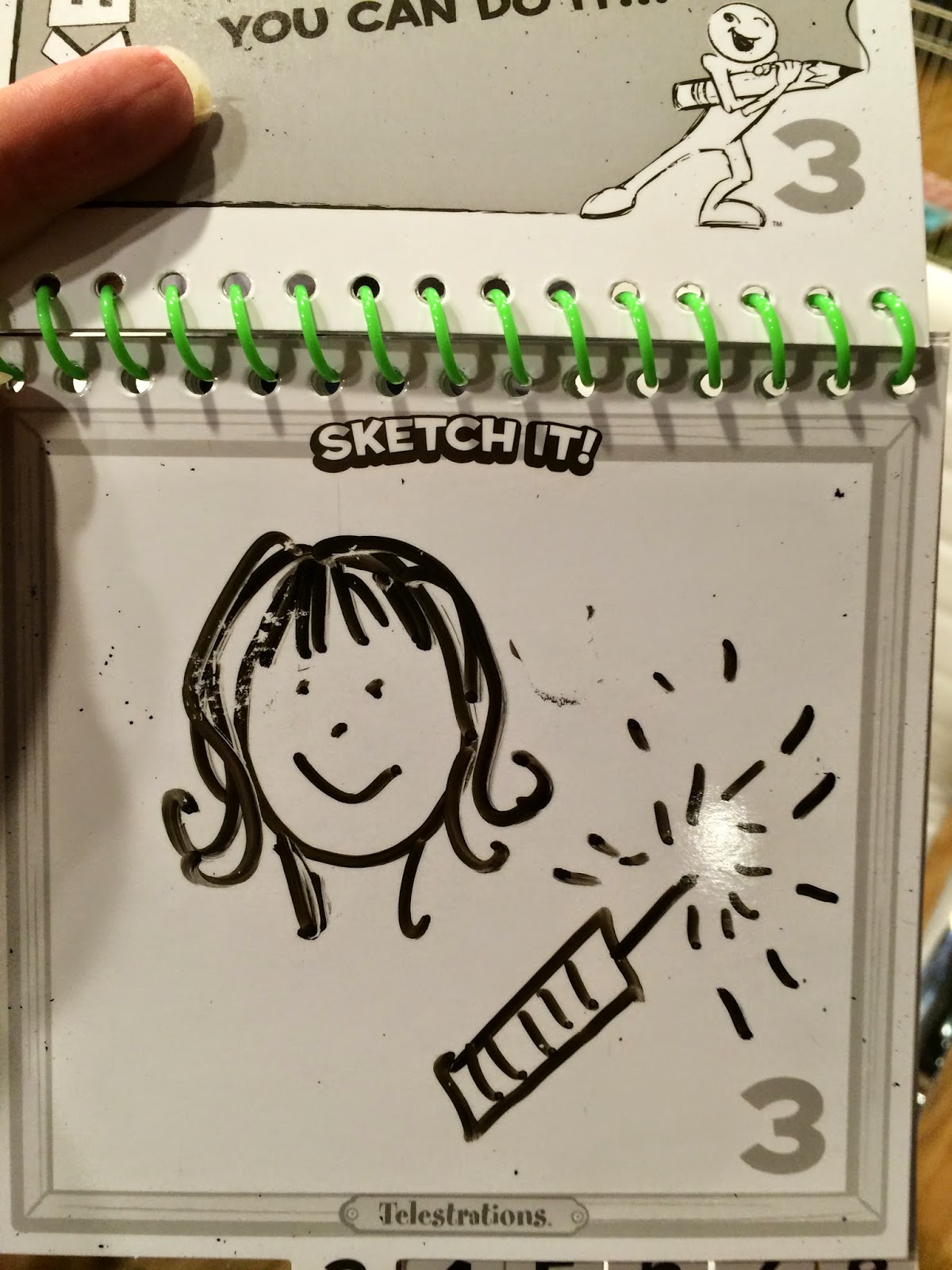 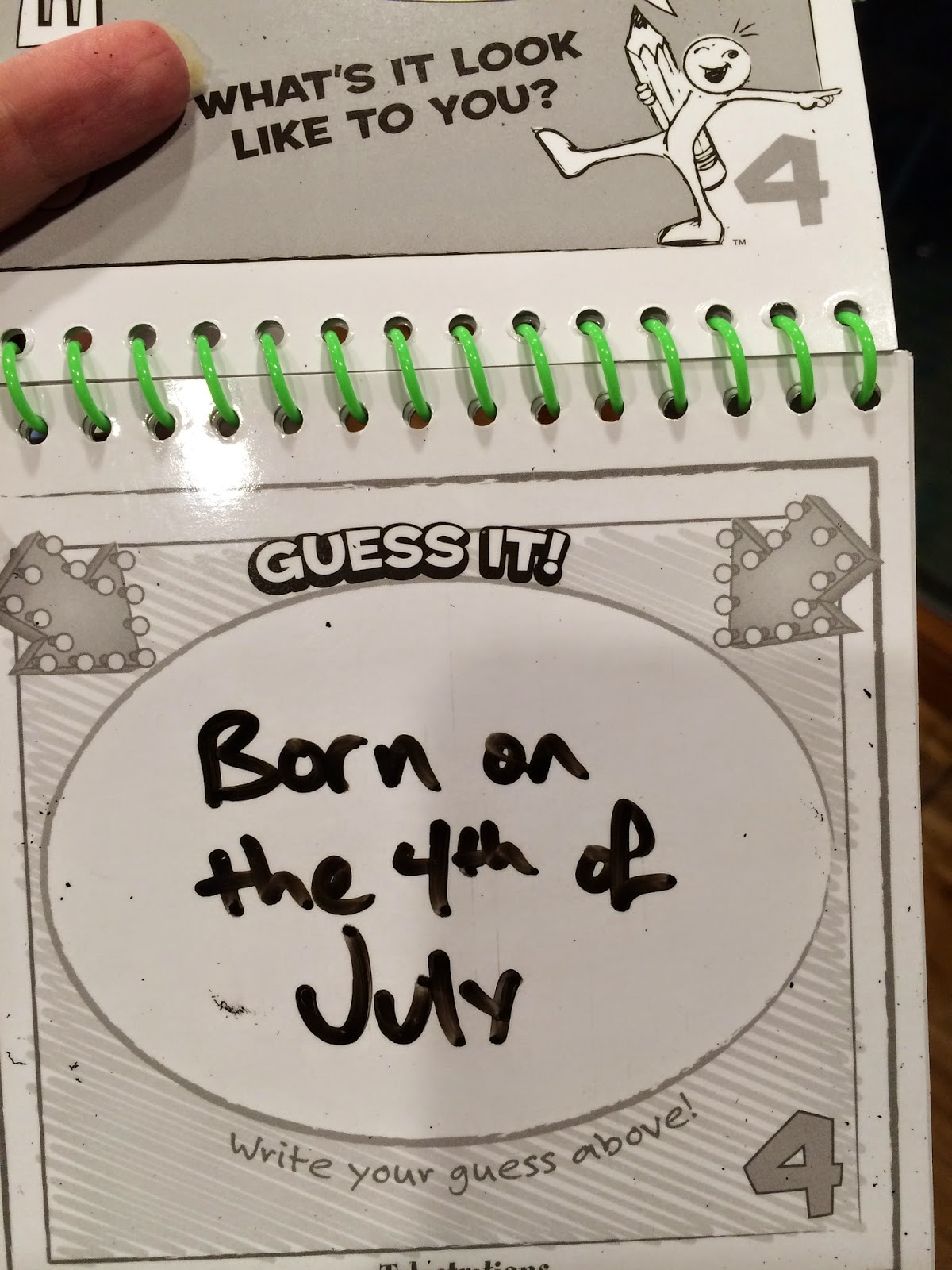 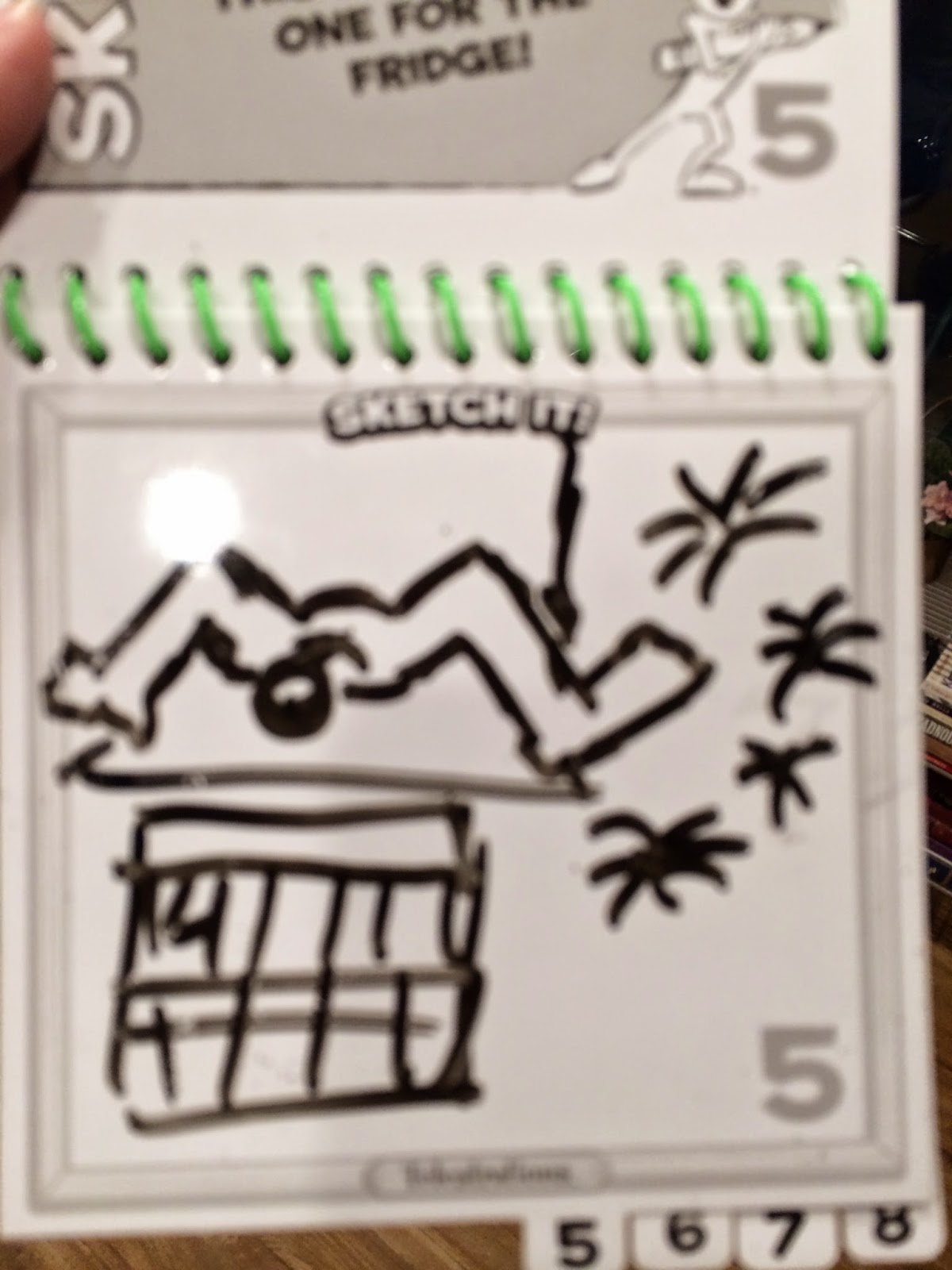 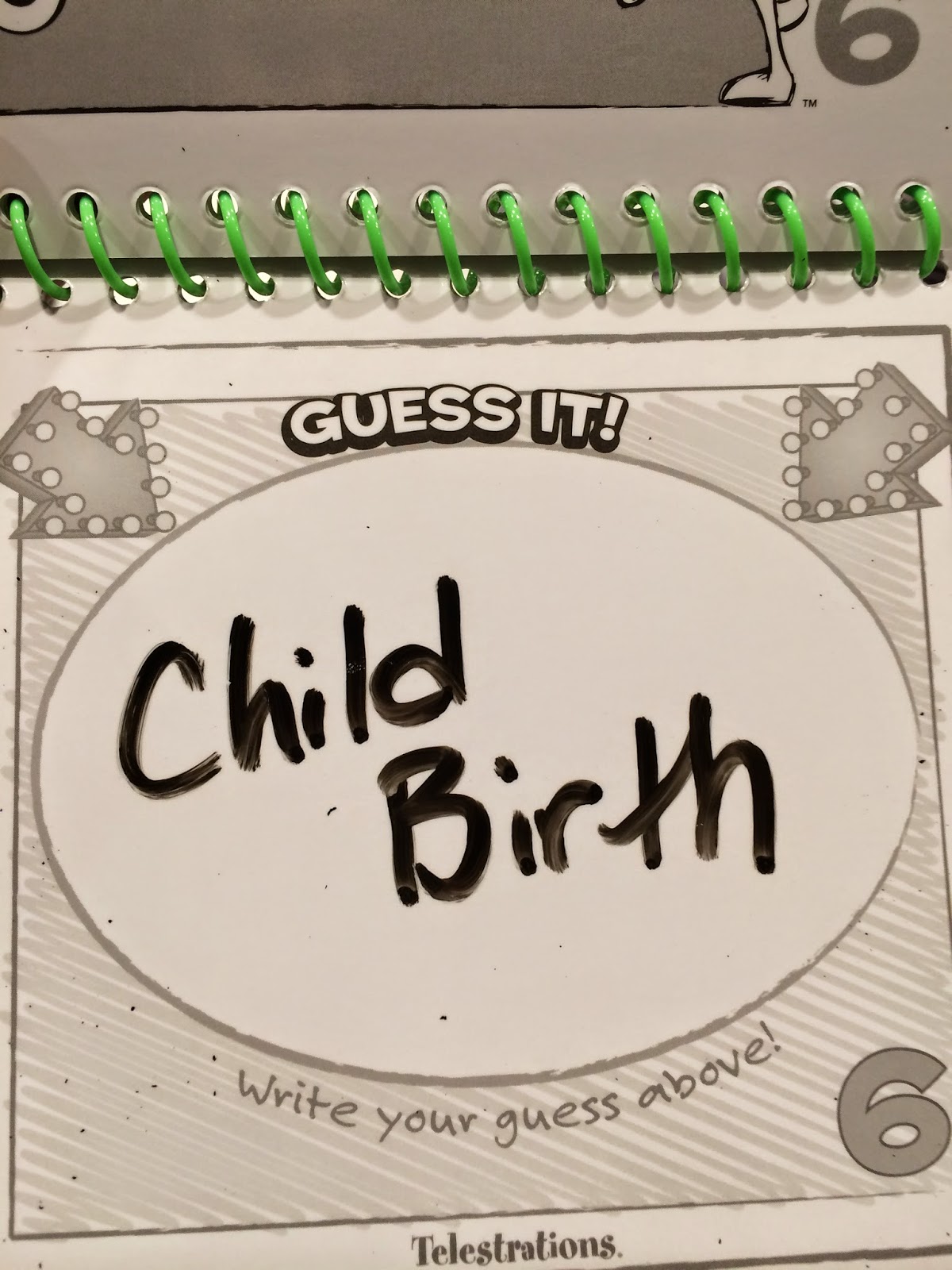 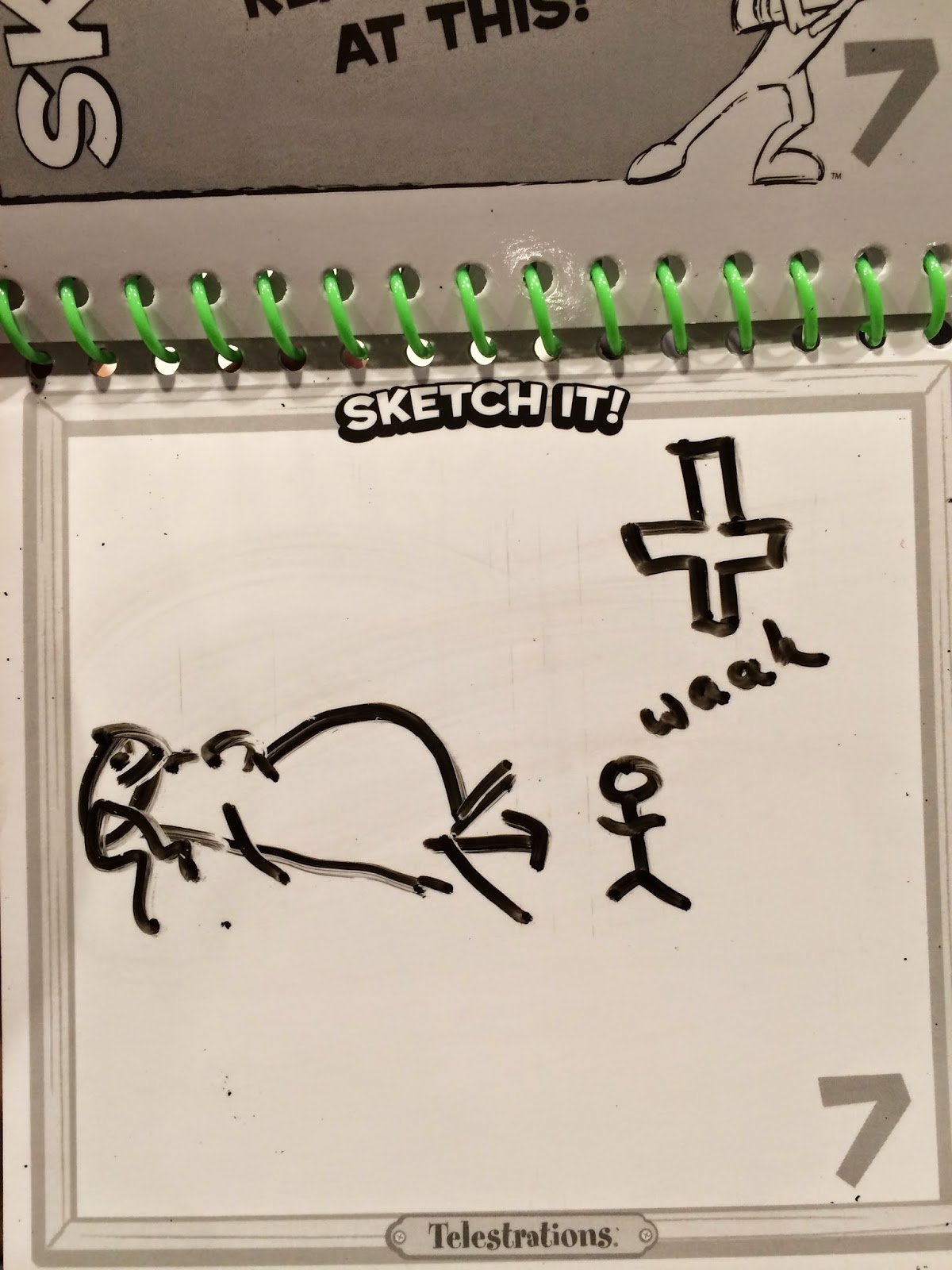 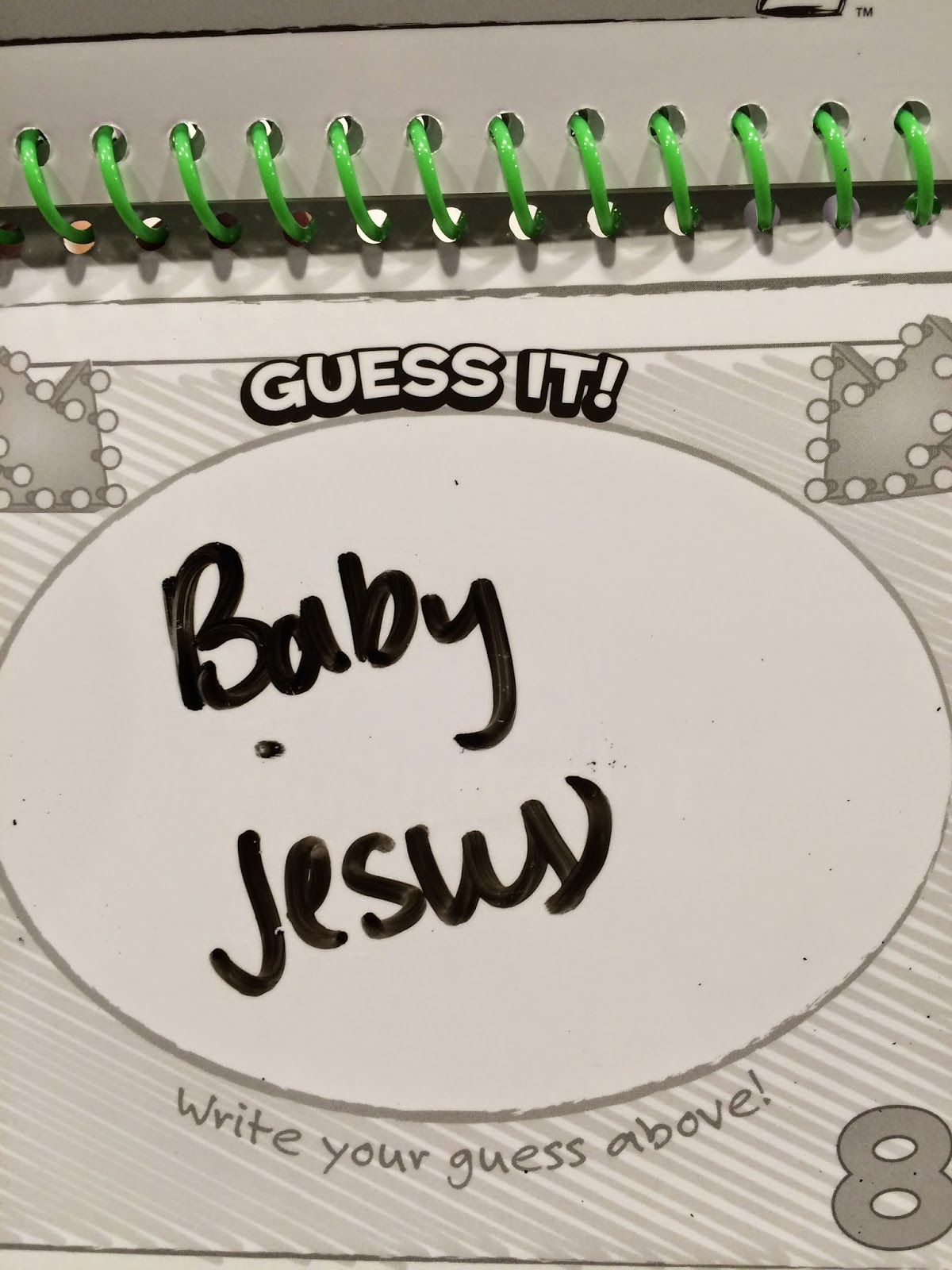 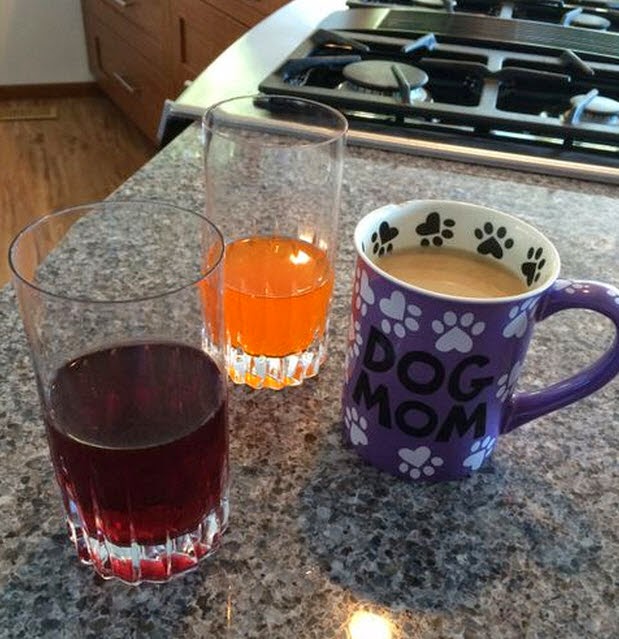 My sister graciously checked out Dollar General for me, too.  When I sent her pictures to people at work they were surprised to see our product already on the shelf.  I told them that I was *pretty sure* that Maureen hadn’t brought that product with her and put it on the shelf as a joke, but no promises.  My boss was like, “Oh man,  I just realized that there might be two of you running around in the world!” and she didn’t not say it like it was a good thing.  She should be so lucky to know both of us. J 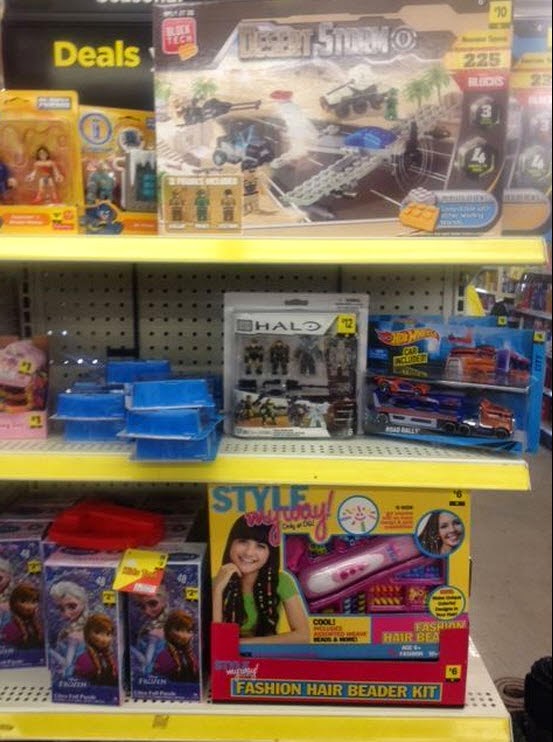 Posted by skcorynaffit at 3:11 PM