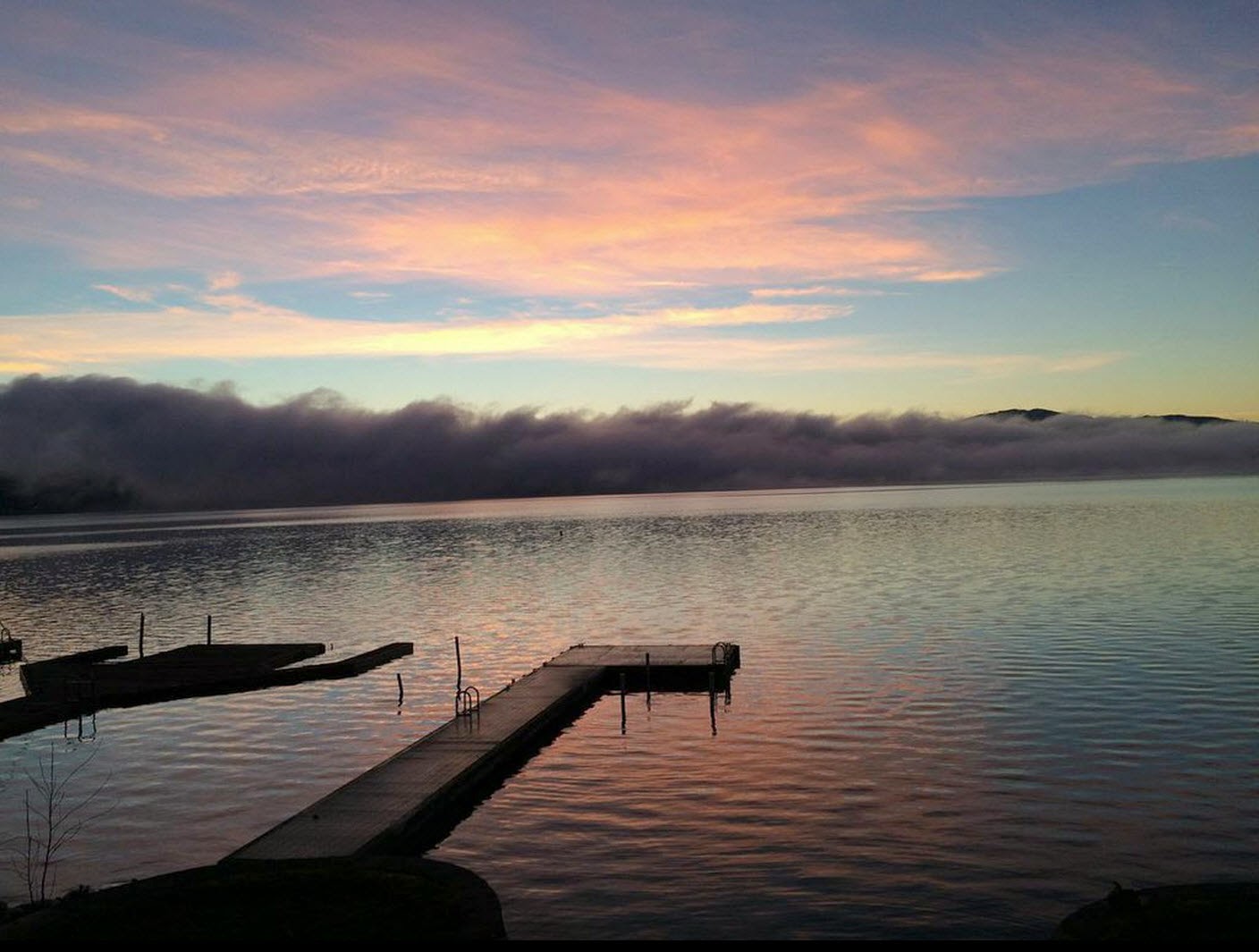 I don't think I've talked about / shamelessly plugged my friends' kickstarter yet.  Partially because they don't need any help getting funded, but also because I was waiting for the "homestretch" if you will.  Shane and Elan made a fun little card game, "Exploding Kittens" and in the processes exploded both kickstarter and the internets.  If you haven't already done so, pledge, like, and over-all, become a part of the awesome that is Exploding Kittens.

Last week I made Shepherd's Pie for Diana and Jason, but I made three batches so that I could bring some to the Super Bowl, and so that Nater might have something in the house to eat.  Someone asked me how Nater was, and I realized I didn't know.  Our schedules are so different, that the only way knew he was still living with me was that I could see that the Shepherd's Pie was slowly getting eaten, and there were dishes left in the sink.  I suppose he also knows that I'm still living here because Percy barks at the end of the pier every morning, and his dishes get cleaned.  It's a system.

Daycare decided to put a heater in the room with the pups, and so the bookshelf was unavailable to Percy.  They tried to comfort him with this Percy sized turtle shell. 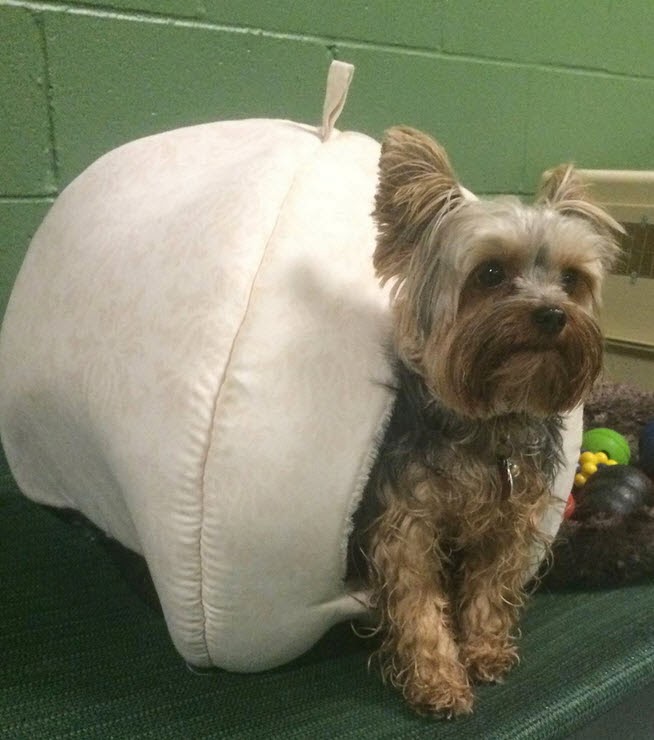 Uber decided to switch it up and bring puppies to your door for snuggling.  I say your door, b/c every time they have this amazing cuddle campaigns, I do not get cuddled. 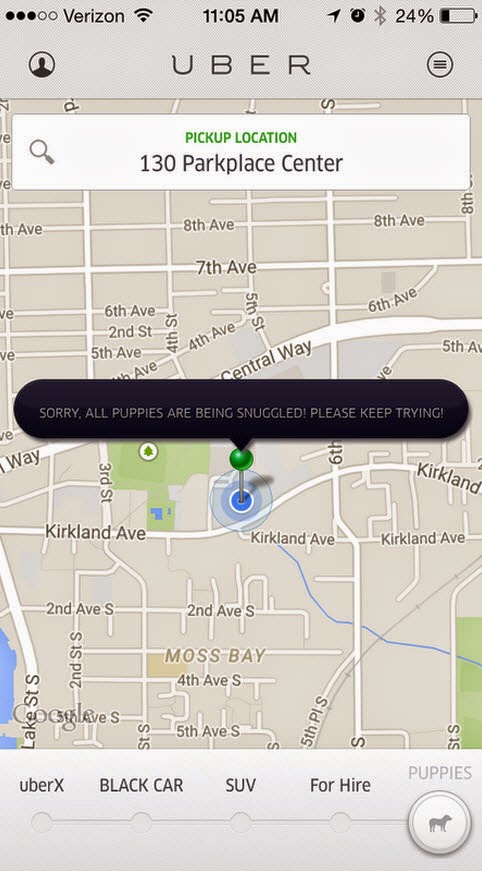 I also forgot to tell you about a story that happened back in December, and so that I don't forget it forever... The night before Sean and his family were scheduled to go to Yankee Stadium for the Penn State game:

Jackie: Let's tailgate! We can bring my meat smoker!
Sean: We're taking the train.
Jackie: Oh! I wanted to tailgate!
Stacey: Do you even know what tailgating is?
Jackie: Yeah! It's a party before the party, that happens outside of the party.
Me: I love that definition, and look forward to implementing at the very next party.  Could you imagine? You pull up outside of someone's house 3 hours early...
Stacey: The party doesn't start until 9!
Me: Oh, we know, we're just "pre-gaming."  Don't mind us.
Carla: Pull out a couple of lawn chairs and roll over a mini keg, waving to the hosts as they scramble to clean and prepare for their guests arrival.  Some hot dogs on the grill...
Me: I'm sure your food will be great... but you can't expect us to finish this keg on an empty stomach can you? ... Ooooh! Is anyone having a New Year's Eve Party!? 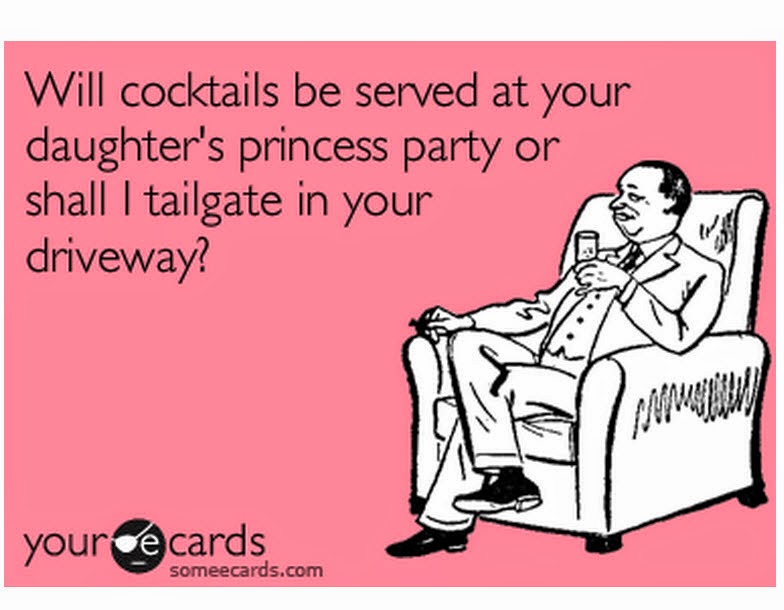 On Thursday, Zach and I went over to Diana & Jason's for a farewell dinner for Elizabeth.  We played Zach's game over some pizza, and had a little tea party with Harper.

After spying the name of the person Zach was texting.
Me: Katie OKC?  Did you run out of way to keep track of all the Kates and just named that on OK Cupid Katie?
Zach: I didn't know her last name when I first met her, but it's Katie XXX
Me: You've known for at least 2 years!
Zach: I know and she just moved to Boise. She just said, "I lost the screws to my table can you find them b/c until then I won't have a kitchen table."  She lost them between Seattle and Idaho! How am I supposed to find them!?

On Friday, I picked up some KFC (I know, it's not exactly from the outside of the grocery store), and headed over to Zach's to watch some more Elementary.  Tristan came home, and Percy "greeted" him by barking at him.  I explained that it was actually Tristan's home, and maybe we should make him feel welcome.  That's when he jumped up on the couch and reached out to Tristan for some petting.  Tristan sat down, and Percy sat next to him for more love.

Tristan: Well this is a first.
Me: He is actually adorable, but usually he's forced to protect his territory, and now, we're on your territory, and he's just hoping you'll let him stay. 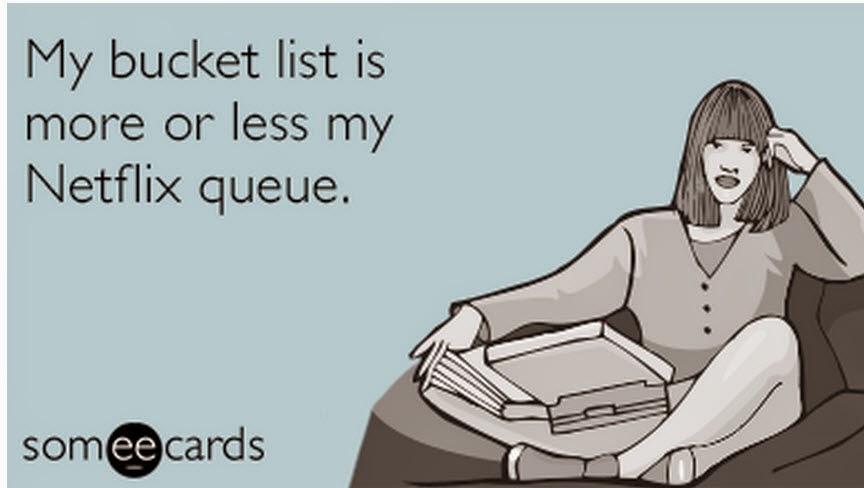 Saturday was filled with around 16 hours of Kelly.  It was kind of awesome. :)  I woke up, and instead of texting, "Good Morning, Sunshine!" I texted, "Ugh, It's so early."  I picked her up less than an hour later to meet Alicia for a celebratory breakfast at Lola's.  We had a lot to catch up on, so it was much later when we left to pick up Piper and Percy to meet Zach at Marymoor.  After a nice, but very wet, walk, I dragged my friends to explore the real estate of the area.  (Just thinking about thinking about thinking about looking at houses.)  After that, we had some lunch at a pub like place that I've never been to in Sammamish.  This was followed by an episode of Vikings... during which Kelly fell asleep.  I shut all the lights off and took Piper and Percy with me to drop Zach off at Lincoln Square to see a movie with his friends.  I stopped and got Mexican soda on my way back - because I know how to Par - Tay.  Also, I think if you're going wake someone up, you should be bearing gifts.  That's when we watched the Minority Report and several episodes of Drunk History.  Do we know how to live it up or what?

Zach: I cannot find the Adderall.
Me: You went in there for Tylenol - though I can see why you would think you needed Adderall.

I wish I could tell you what I did with my Sunday, but don't remember.  So, there.  I wait! I know.  I met up with Kelly and her parents at the park, then I went to Target to get some organization stuff.  That's when I finally unpacked from all my trips, did laundry, assembled some storage things for my shoes, did laundry, and cleaned out the fridge and cleaned up the house for Jordan's arrival.  Now I can see why I originally blocked out this day.  I'm also pretty sure that some of the stuff I cleaned out of the fridge were items that Lucas had bought.  Whoops! 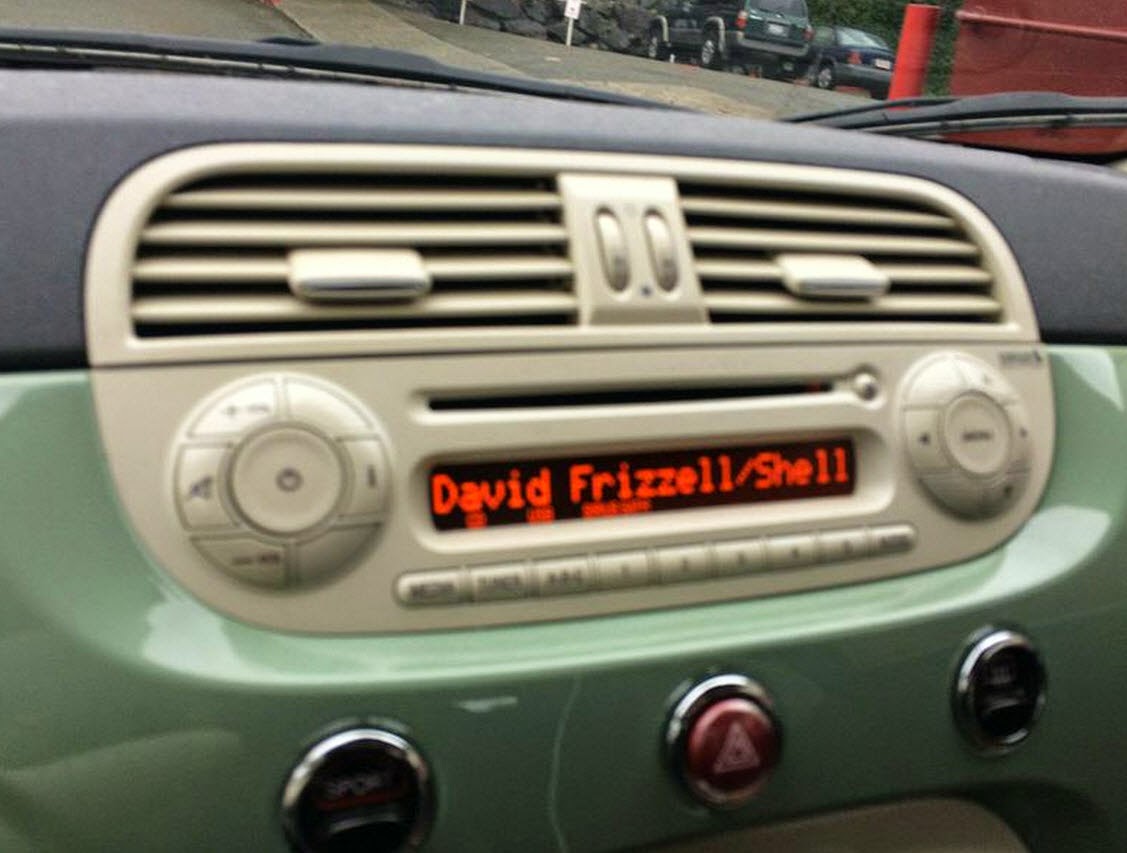 Me: “I’m sure missing you!”
Lucas: I miss you too – but I think Bill Frisell is the guitarist.

Hope you're having a glorious weekend!

Posted by skcorynaffit at 1:15 PM