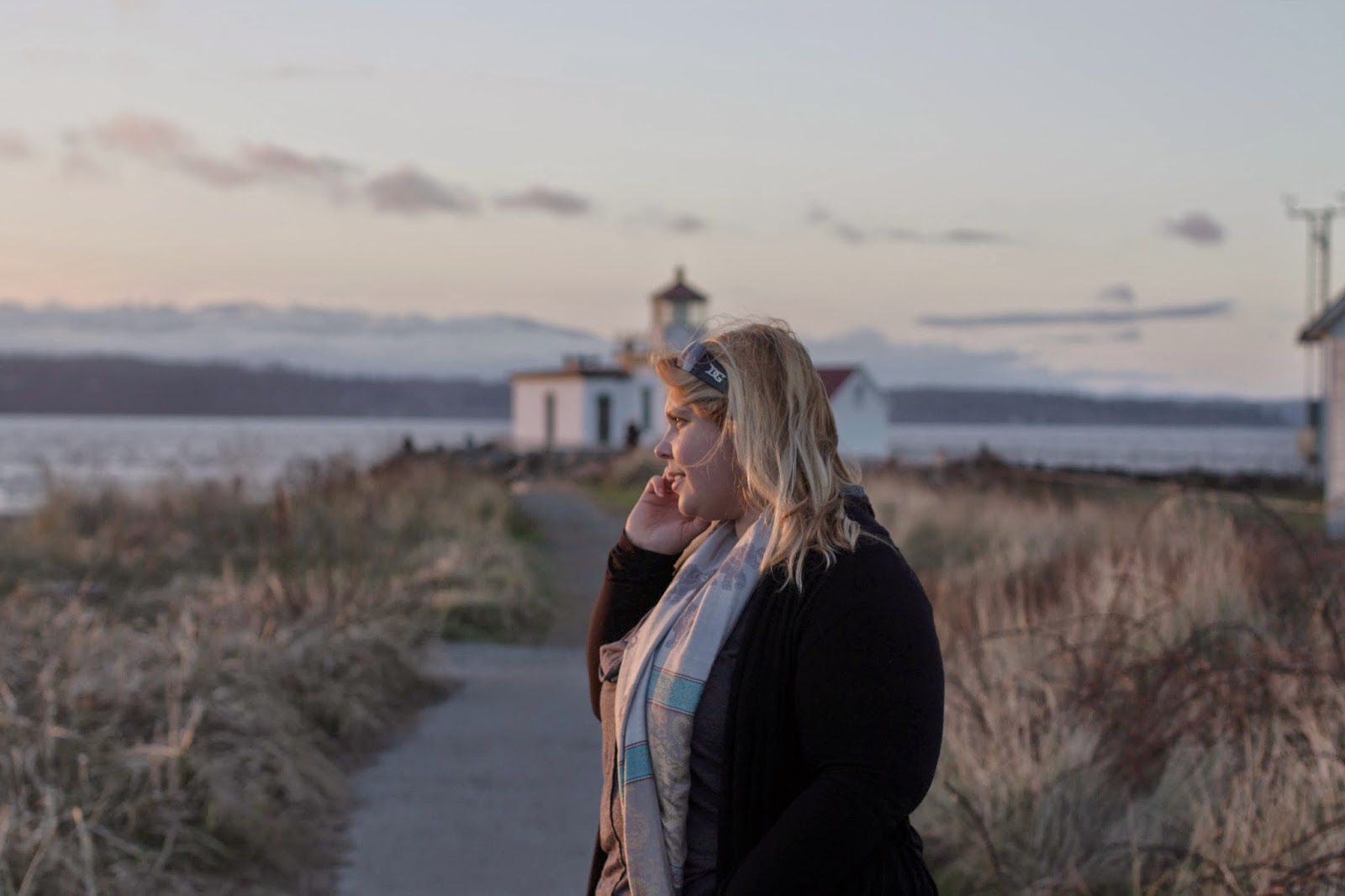 (All beach photo credited to Kelly!)

The saga of the daycare continues... Percy had his friend Lucy to play with! He also shared his bookshelf with a friend, and when he couldn't hang out on the bookshelf, Percy found a new spot under the one of the beds.  Then, when that area got too crowded he weaseled his way onto the owners chair, and when all else failed, he managed to get some snuggle time.  When I picked up Percy, Tess admonished me for not telling her that Percy was a climber.  I didn't know I had to mention that, I mean don't all pups jump their way over fences and generally do whatever they want to? 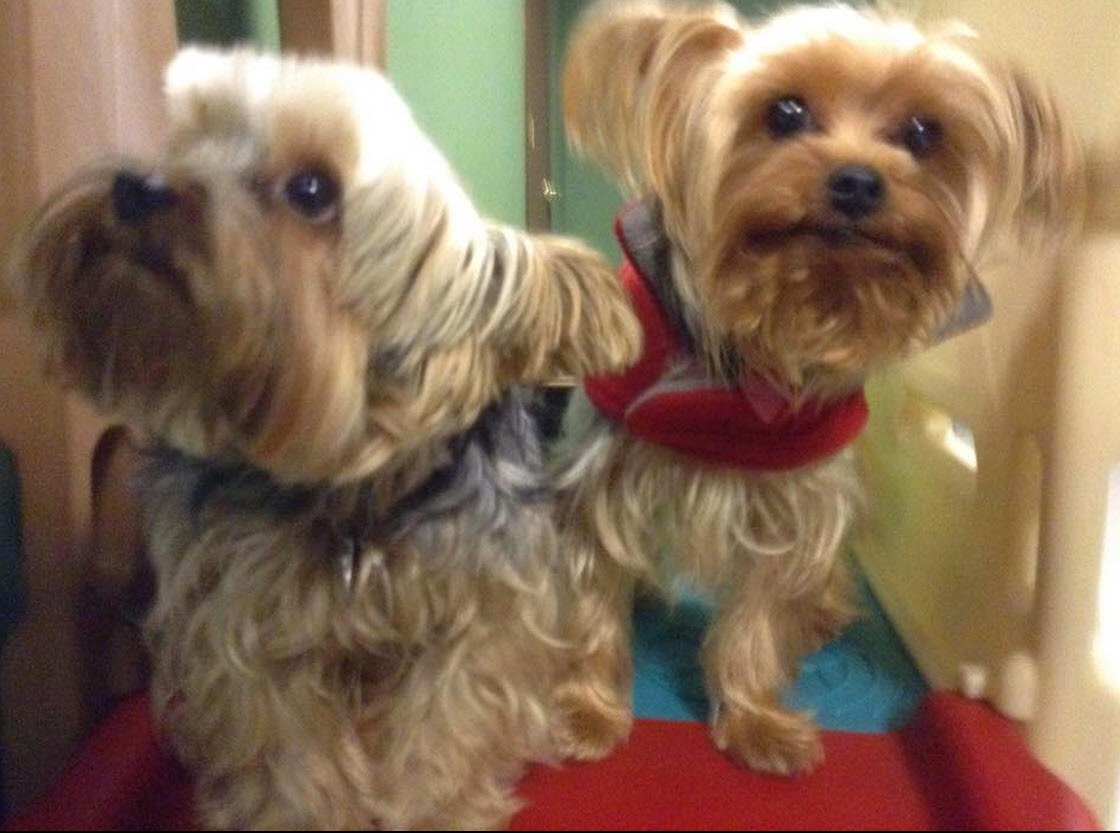 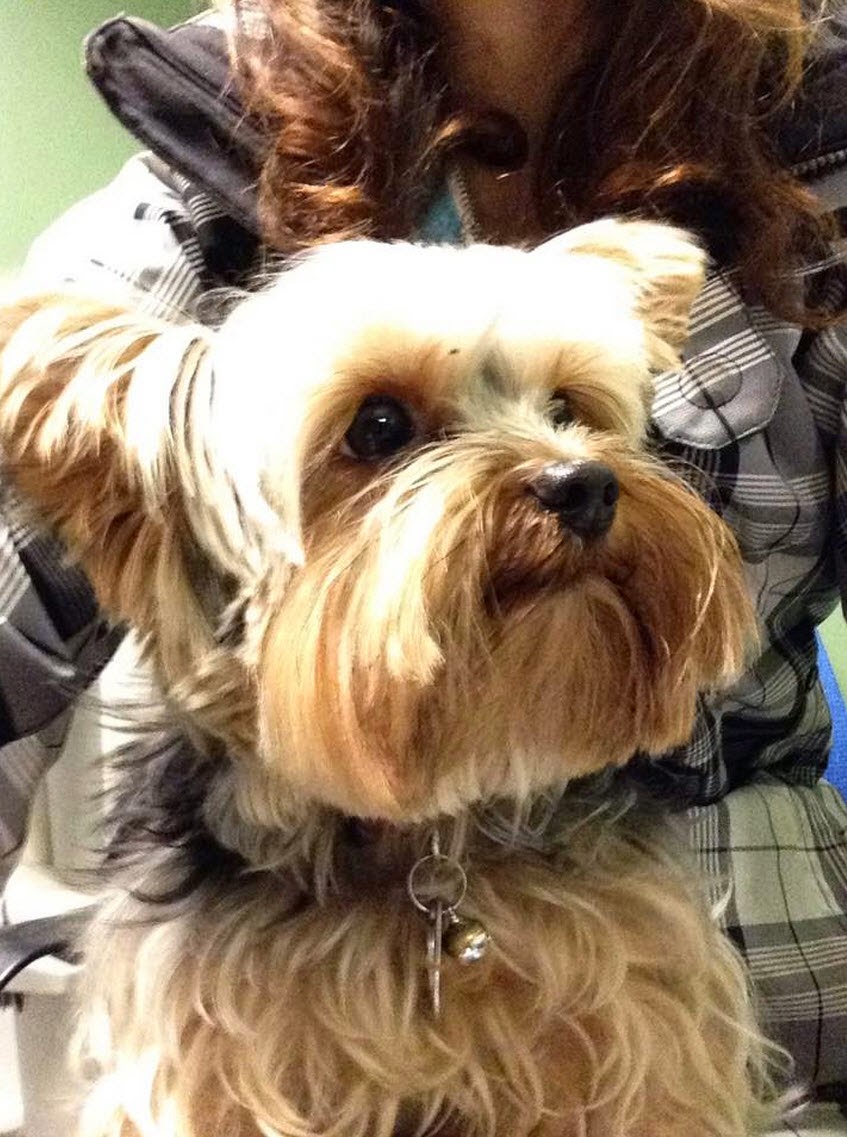 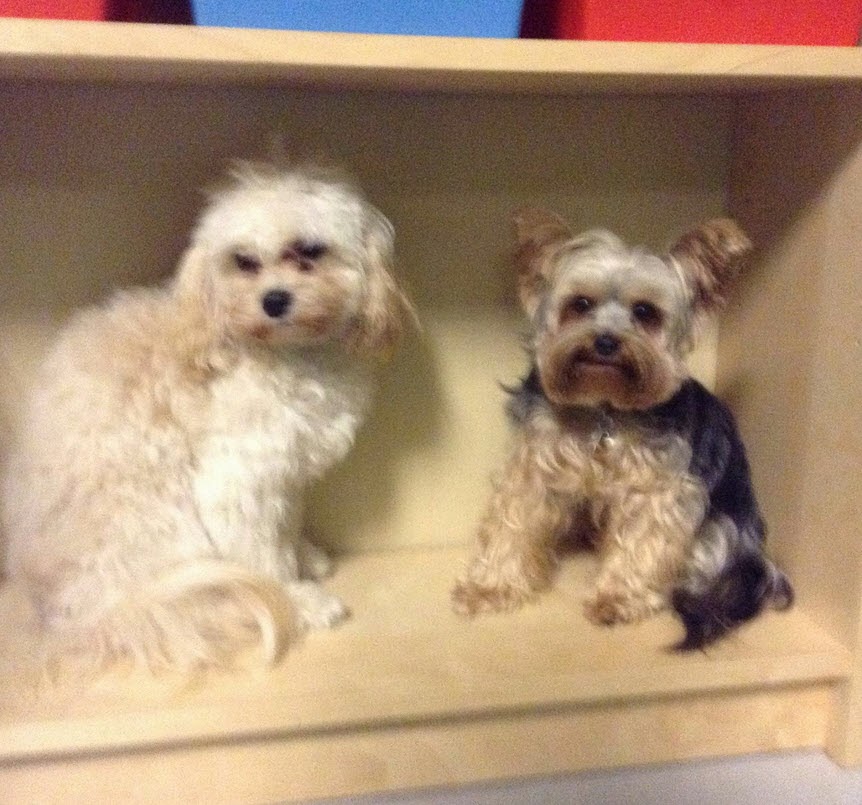 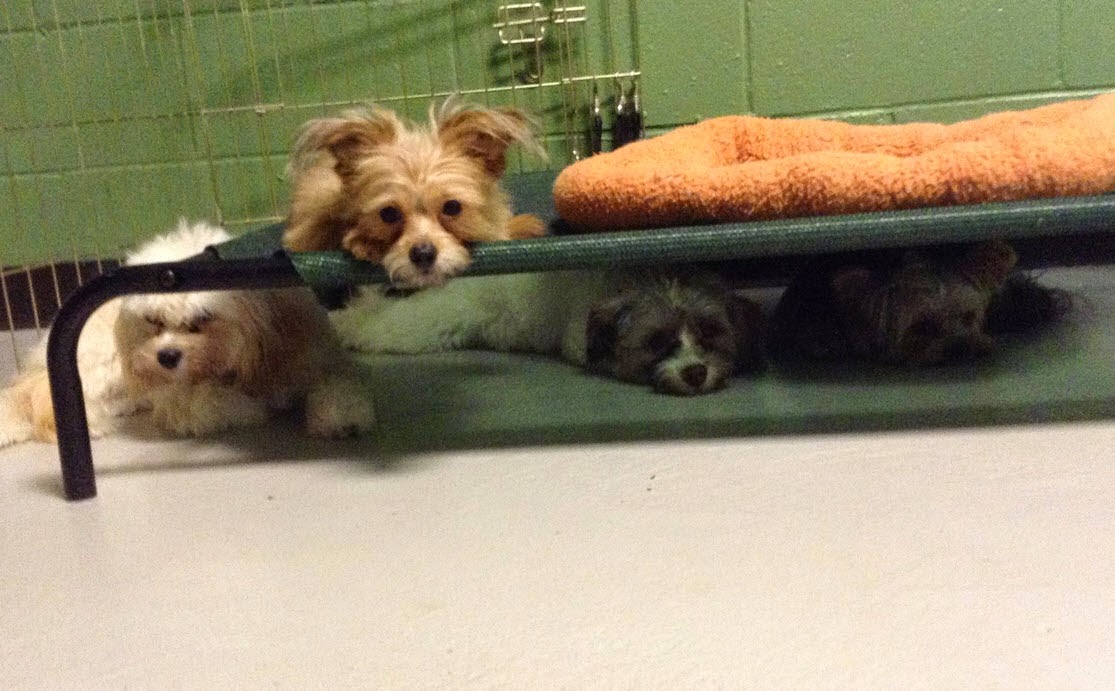 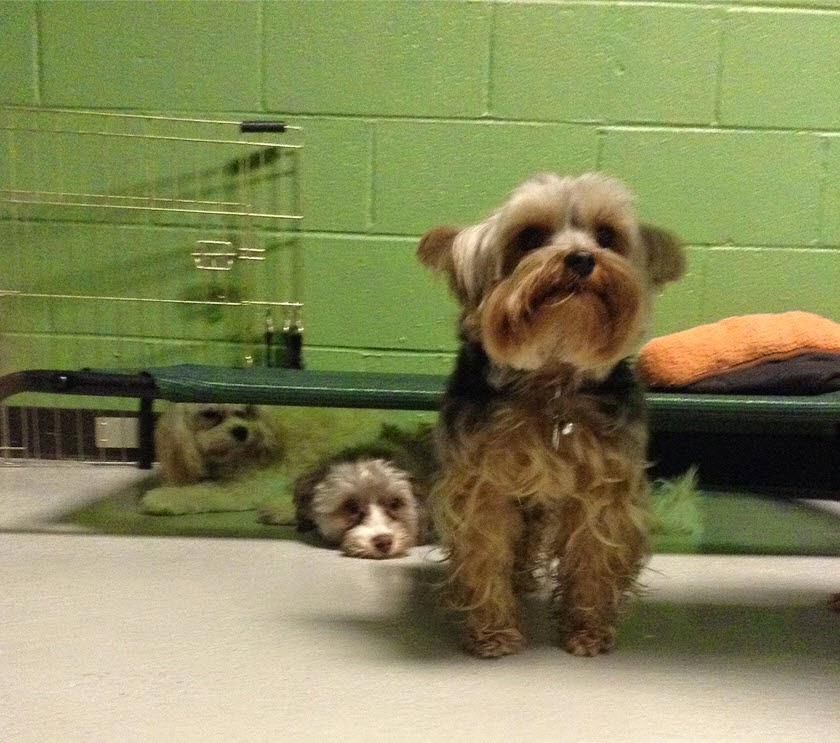 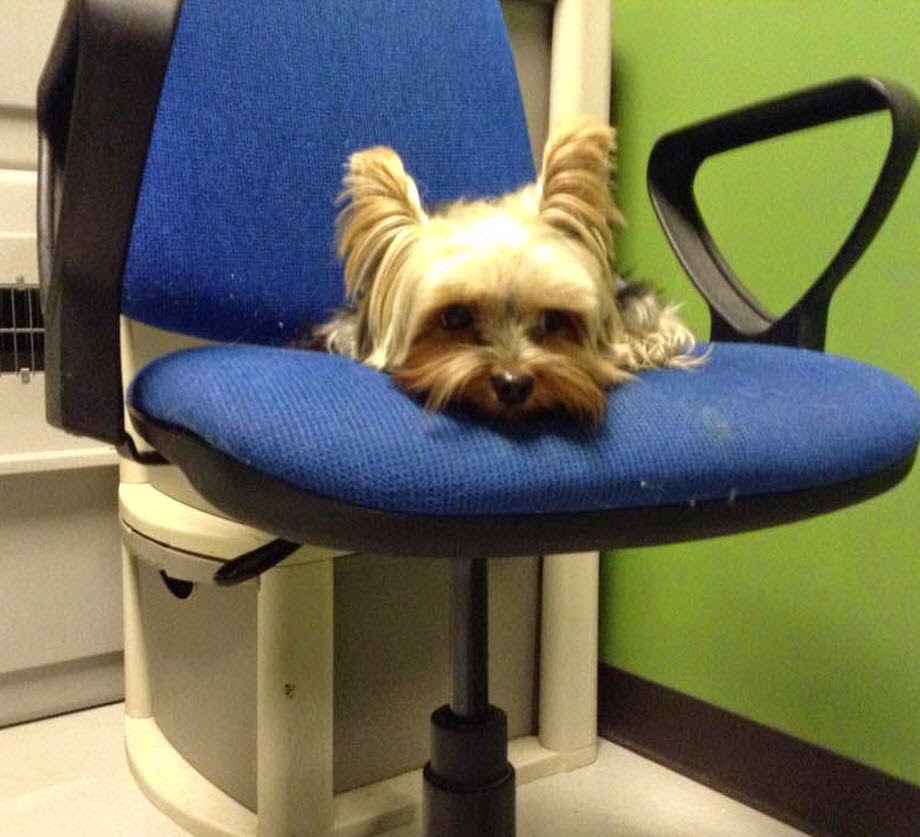 On Wednesday I picked Diana up for a day at the hospital.  Diana, in attempt to gain some much needed poundage, asked for some fries.   When I got back with burger king fries and whole foods fries, her burger arrived.  Then, her nutritionist stopped by.  Now, Diana was a little embarrassed, but the nutritionist was proud of her.  I tried to make Diana feel better by reminding her that the nutritionist didn't even see the donuts from earlier, and she had already finished the BK fries before the meeting. See? So helpful. I also brought some games in an attempt to be entertaining, but it wasn't until I brought out the Sumo Thumbs that the nurses started making comments about not being used to so much giggling happening in the therapy room.  Win! (I mean, even though I totally lost at Sumo Thumbs.)

Me: We're going to hurt ourselves.
Diana: At least we're in the hospital!


There was this awful smell at work, which forced security to come and open the emergency door, letting sunshine and fresh air into the office for the very first time - basically the best day at work, ever. 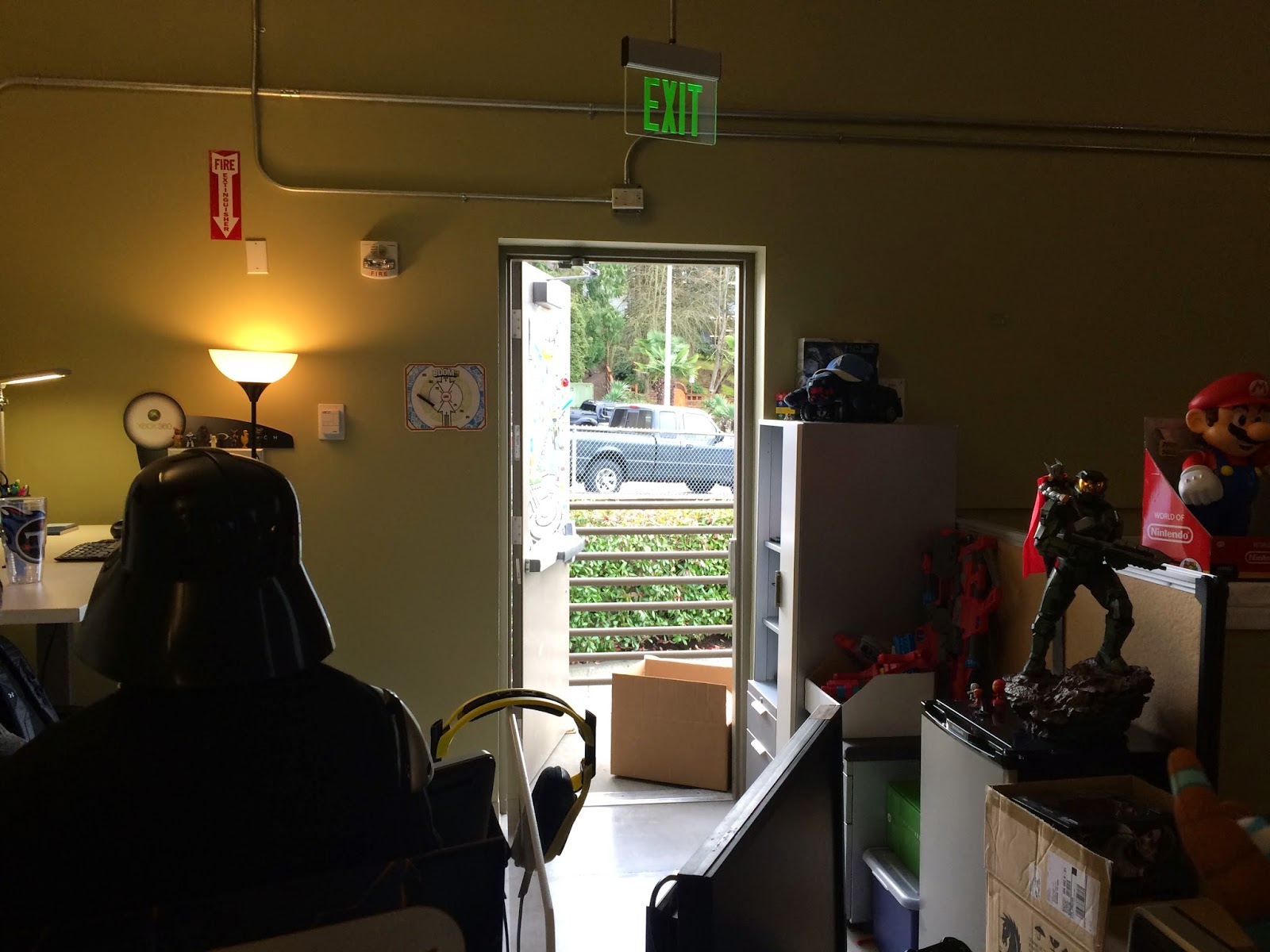 Friday, Zach and I finished the second season of elementary! Actually, Zach wanted to go to a speed dating event, but I thought that only really desperate people go to speed dating the day before Valentine's Day, to which he said, "EXACTLY!"

And then Valentine's Day.  First, my Valentine made me a card at daycare. 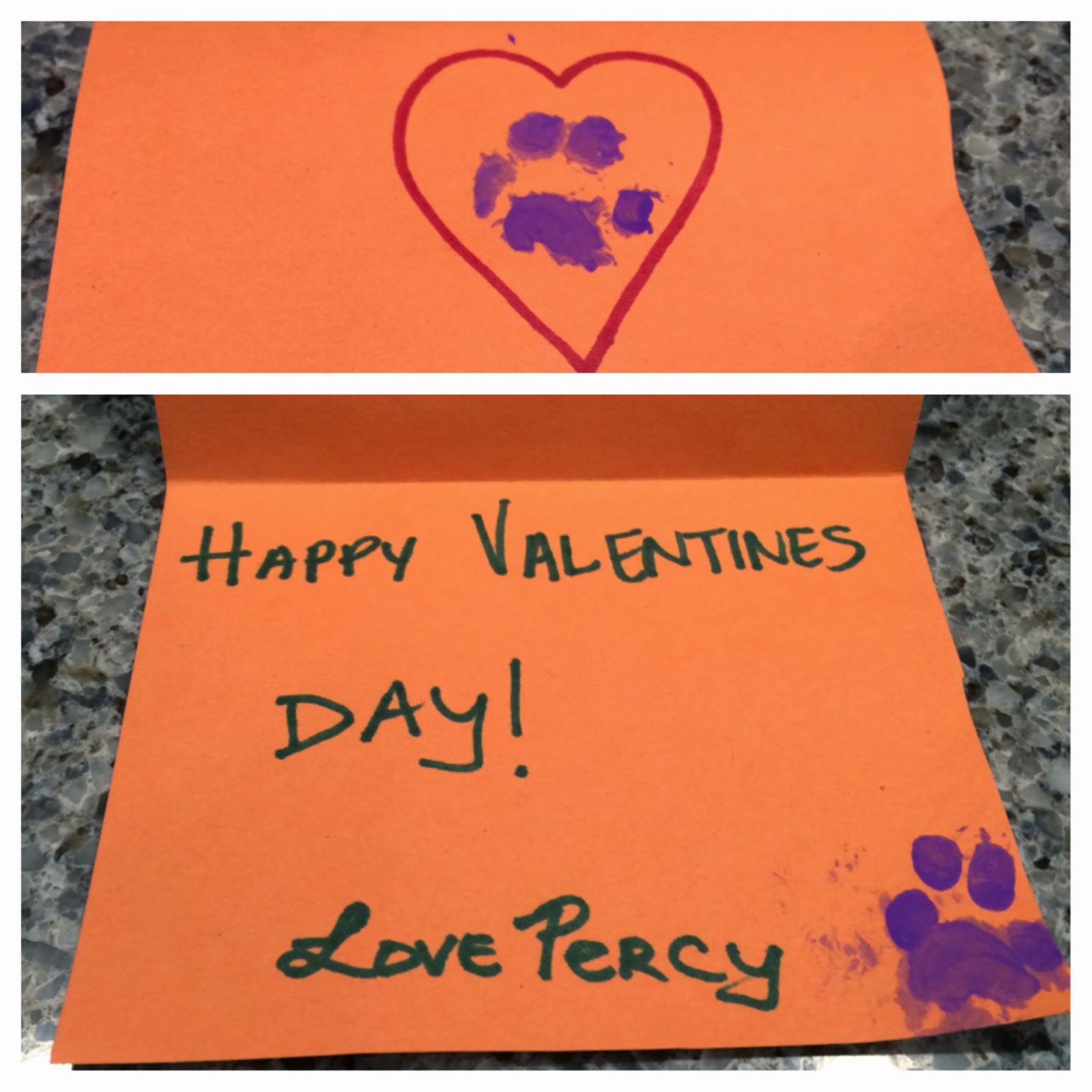 And my Momela and Frita sent me some fun jam jams. 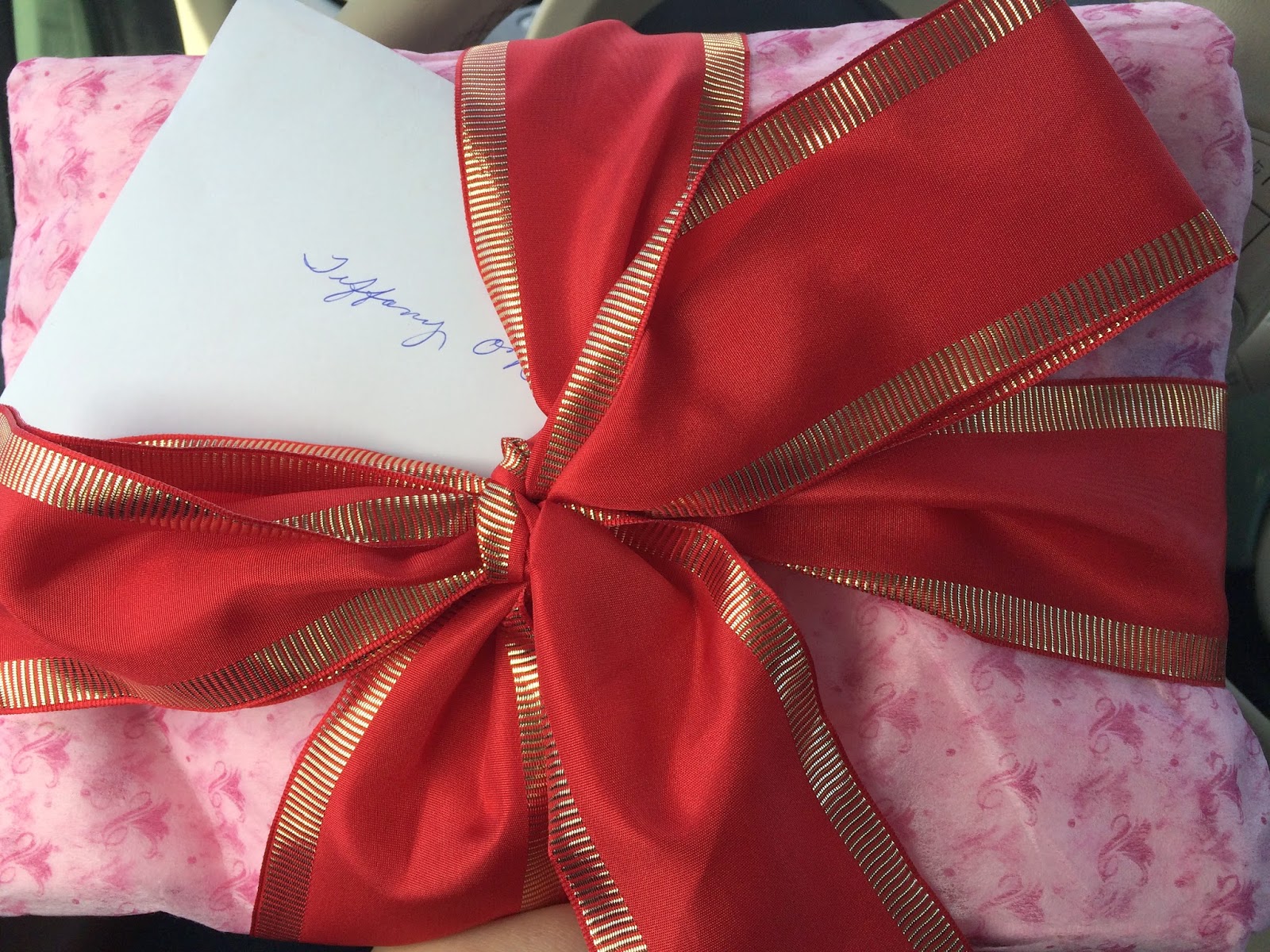 And I got three Monday emails done, while Percy slept on me and my Yorkie blanket (very meta).  He fell asleep after I gave him some steak.  Adorable, yes, but I should have poured myself more coffee before I settled in because I couldn't bring myself to disturb him. 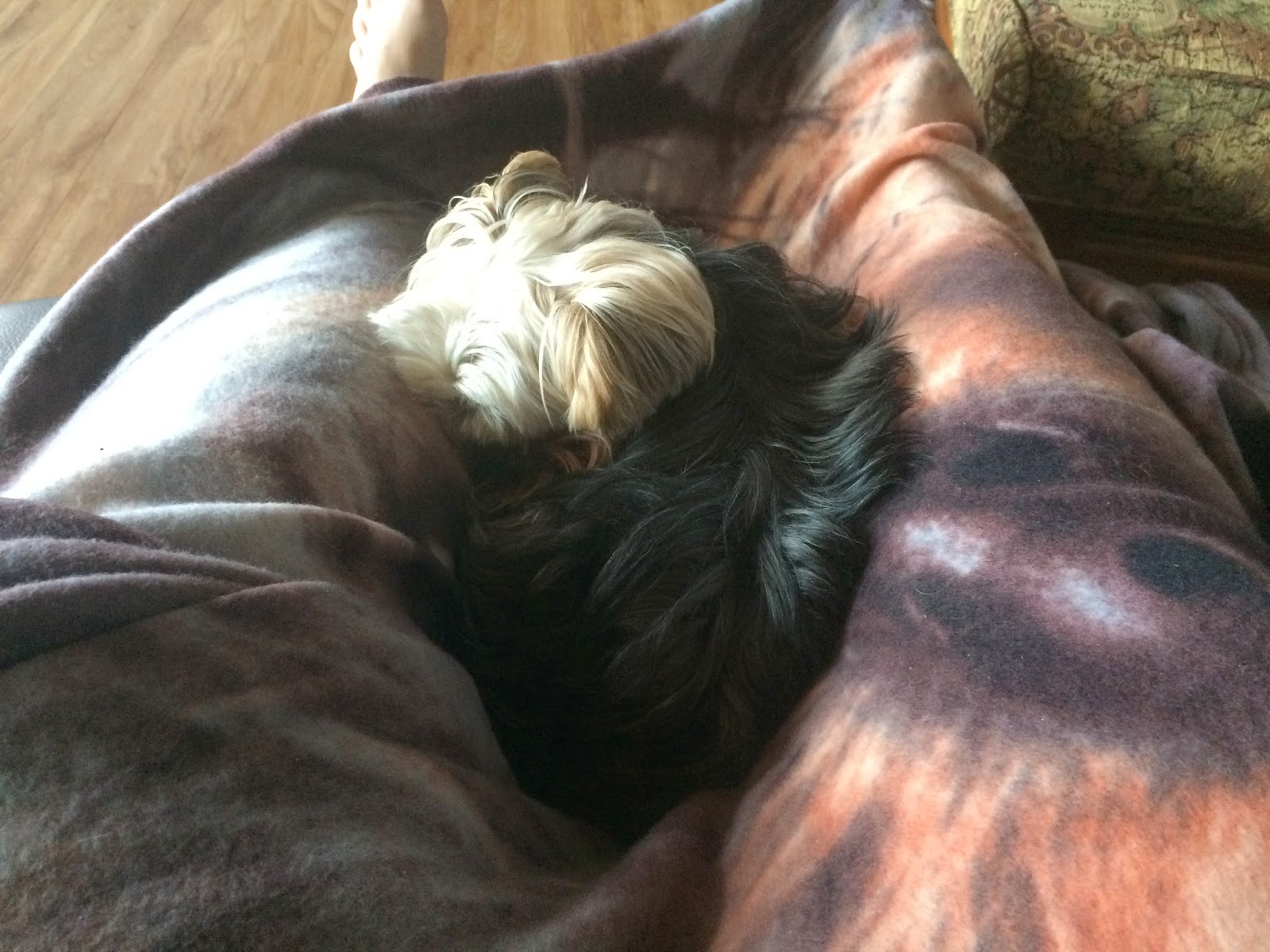 Then, Kelly, Hannah, Piper, Percy and I went to Discovery Park for the first time.

Kelly: I let Piper use my cell phone today. But I told her she can't get her own until she's 5.

While we were at the park, Percy ran lots and lots, until he got cold and just wanted to be held.  Only, he was really muddy and gross, so I only held him sparingly.  We kept seeing these little spurts of water that were puzzling until this little girl came up to us and condescendingly told us that that they were geoducks.

Kelly: Yeah, I ate one of those once.  And they look as gross as they taste.

Kelly took some amazing pictures, and we in general enjoyed the awesomeness of sunset, while applauding the couples who also thought of having picnics at sunset. 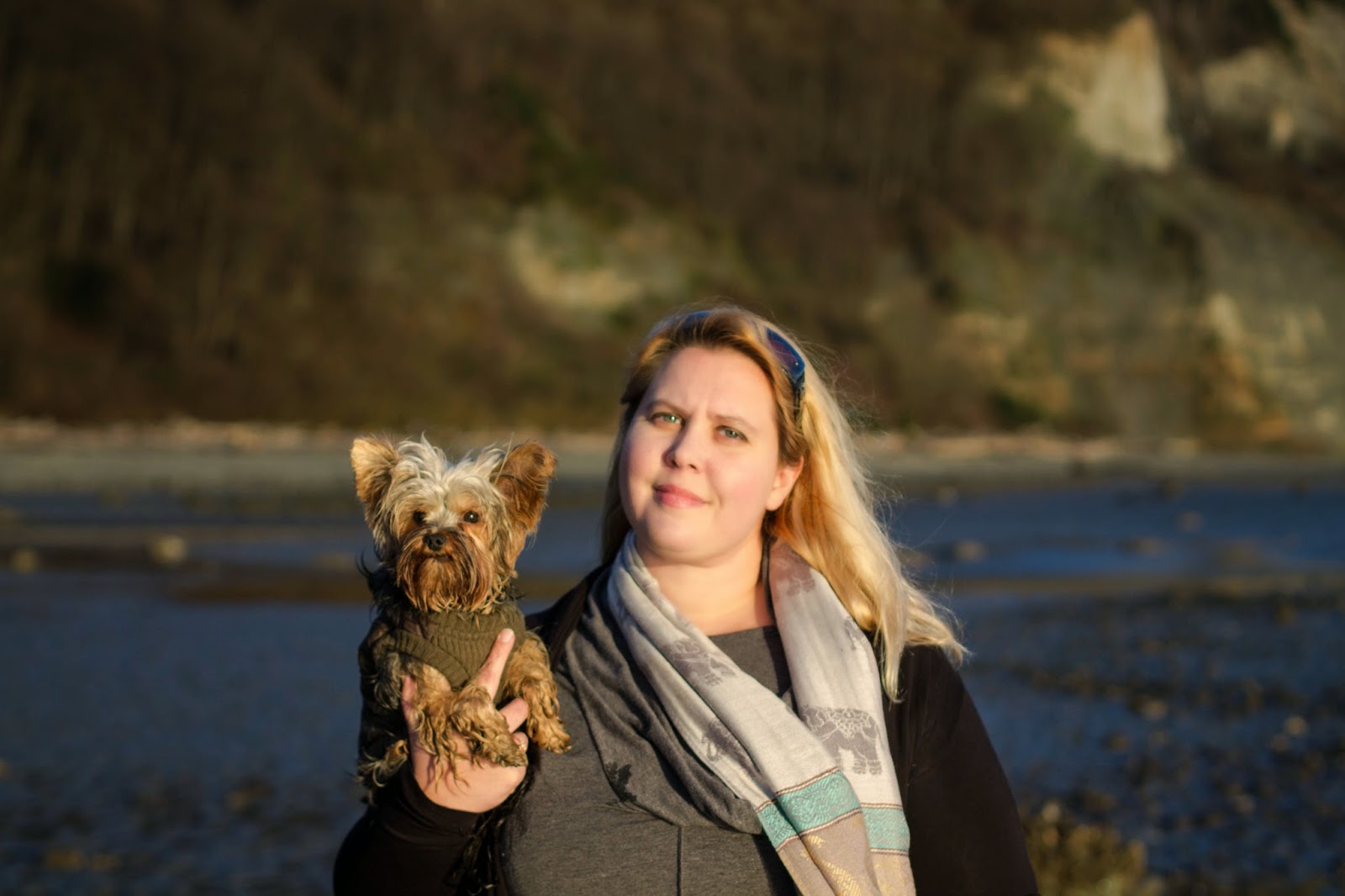 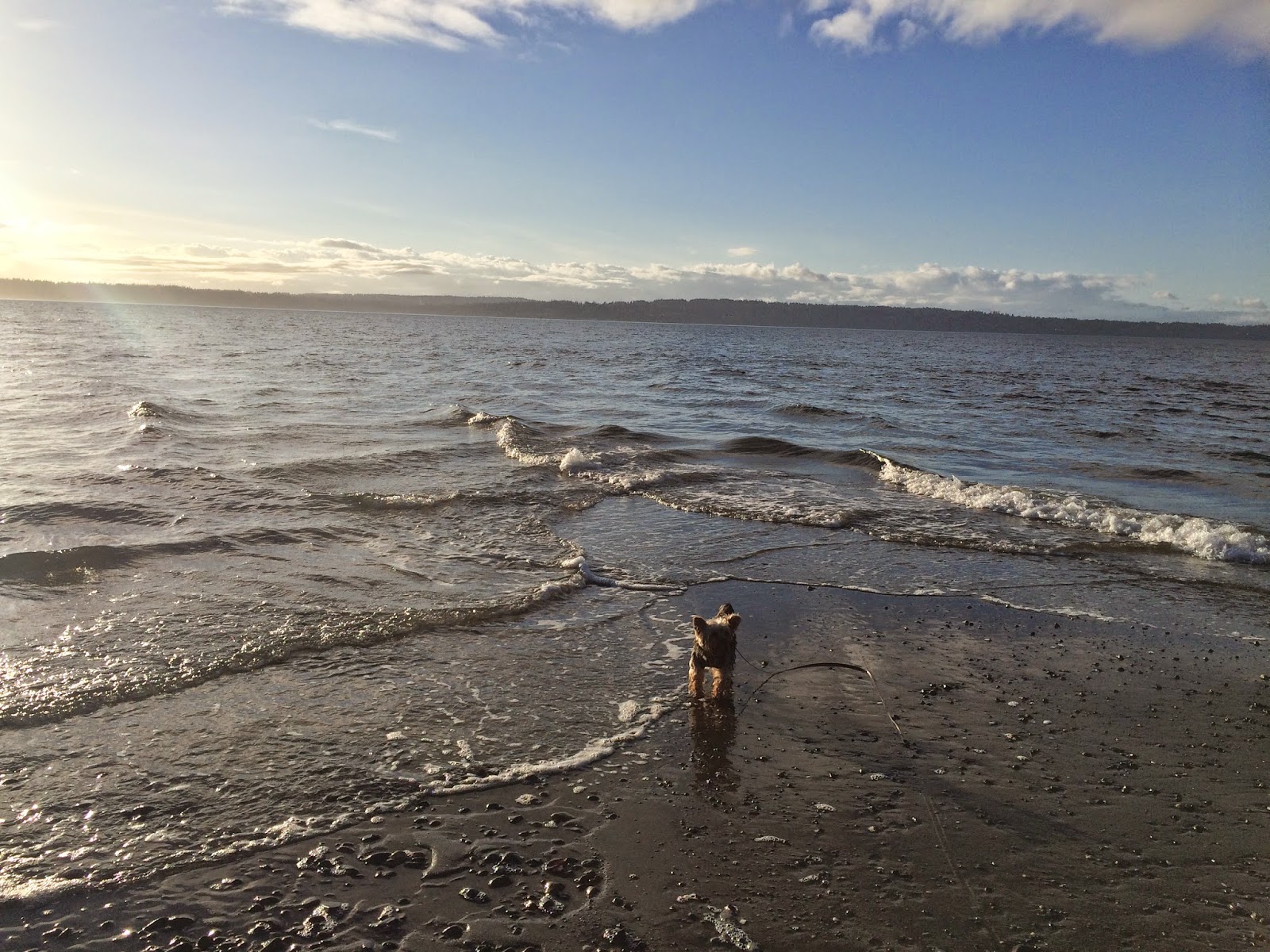 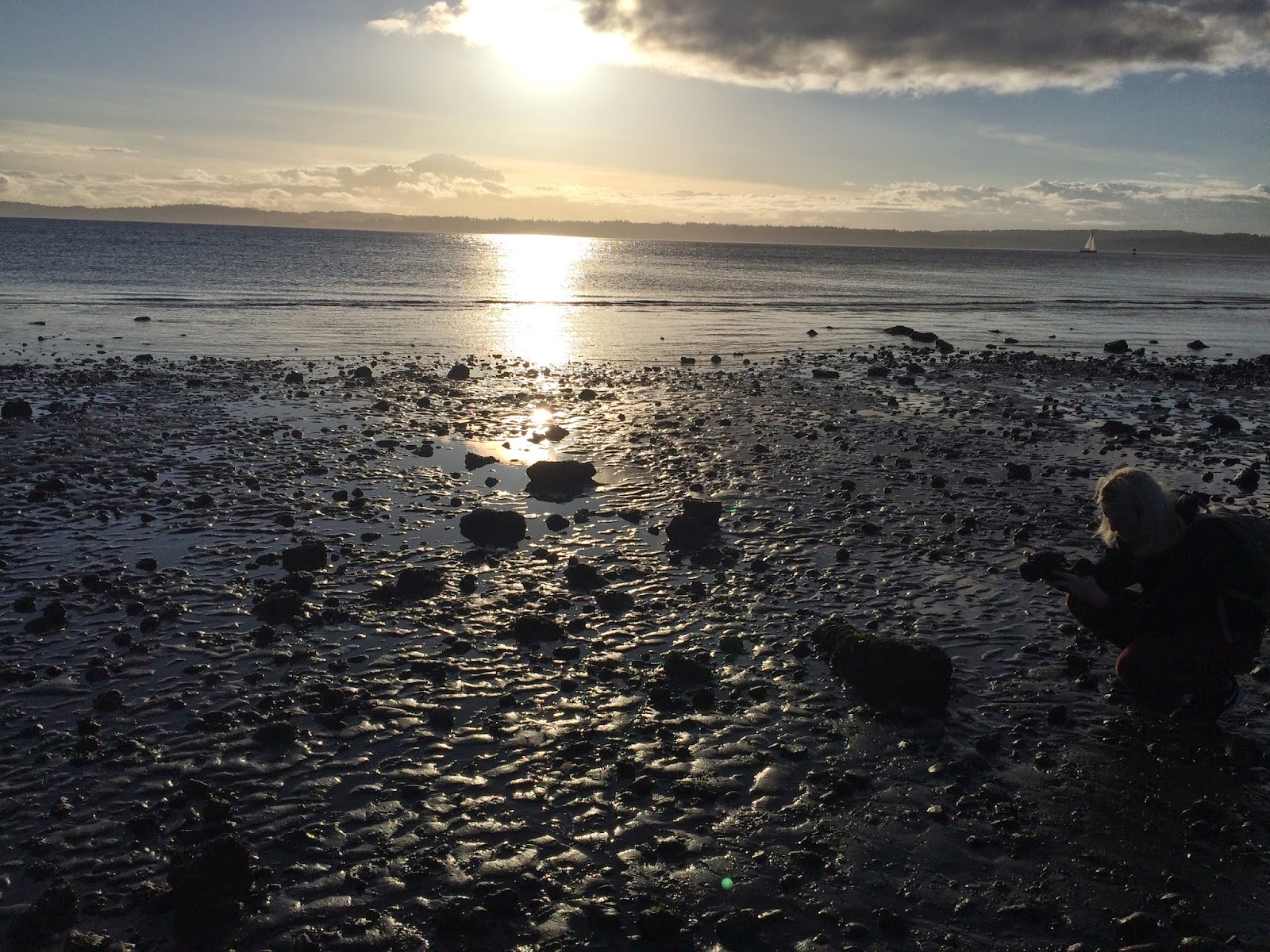 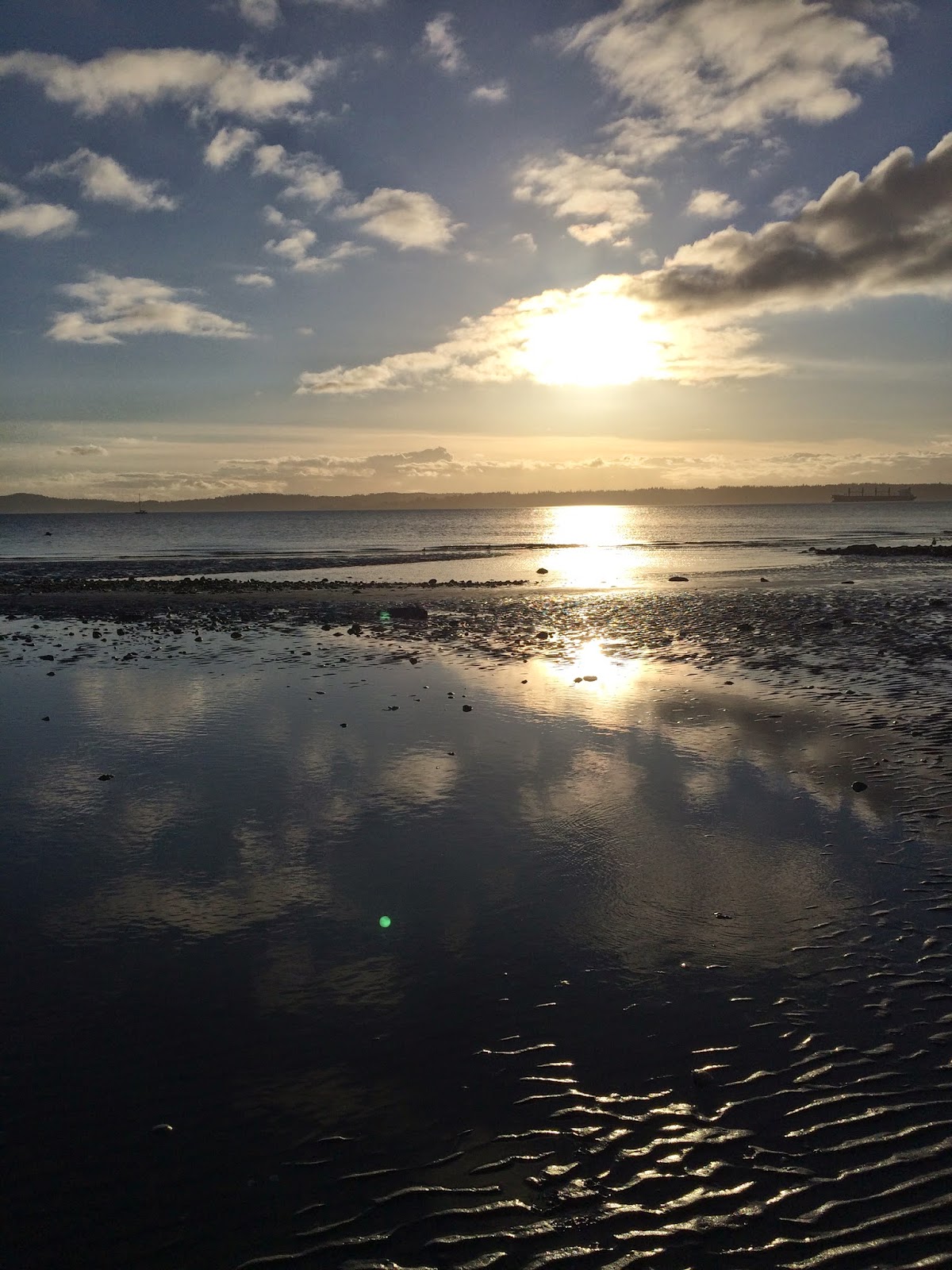 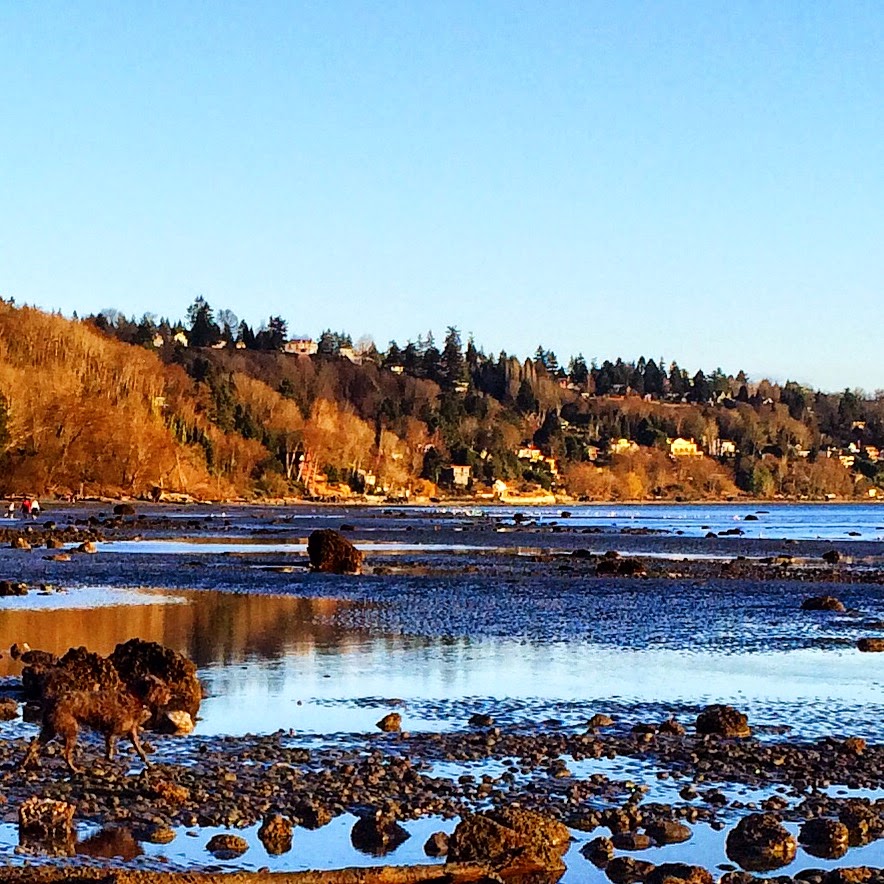 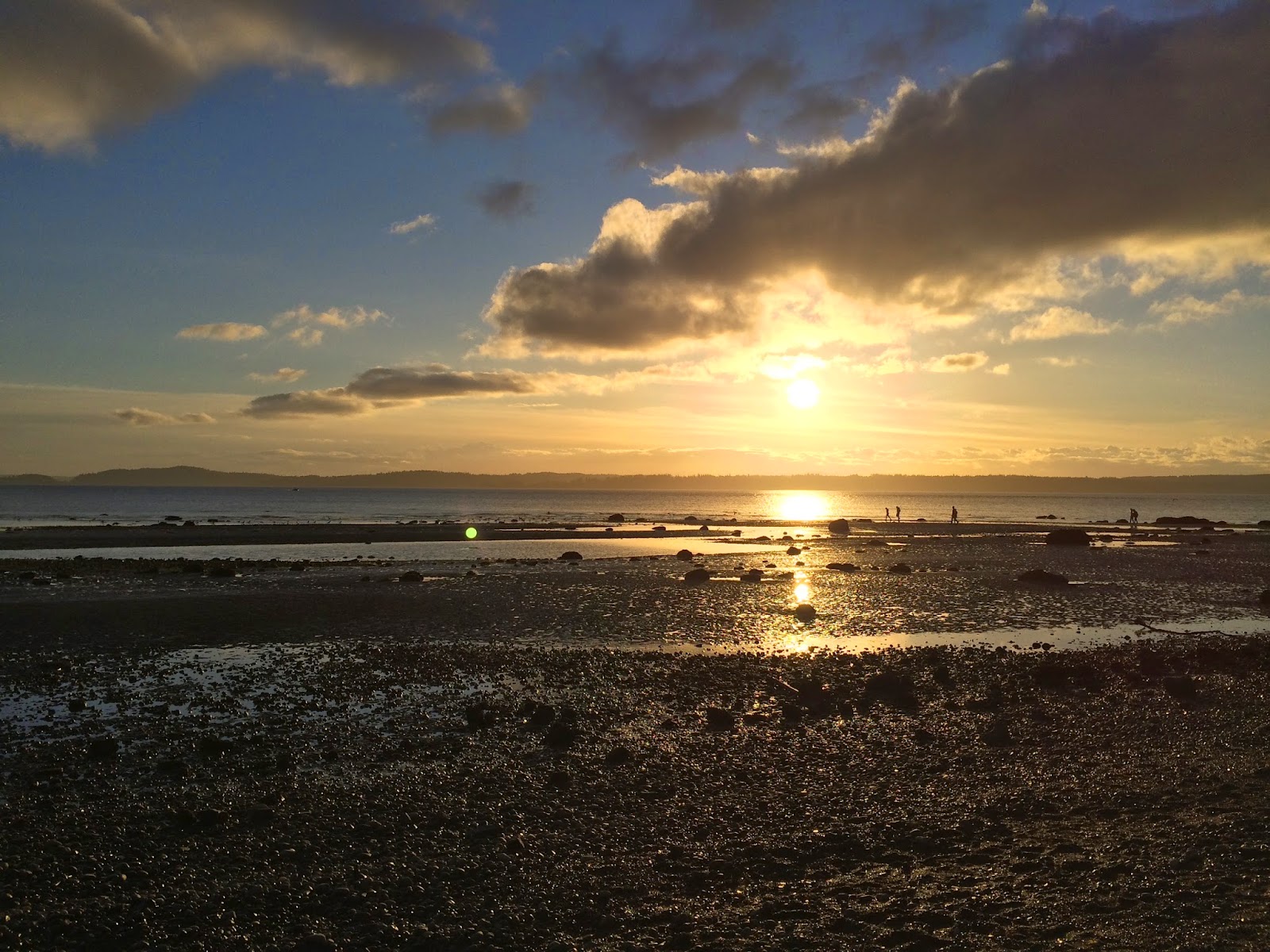 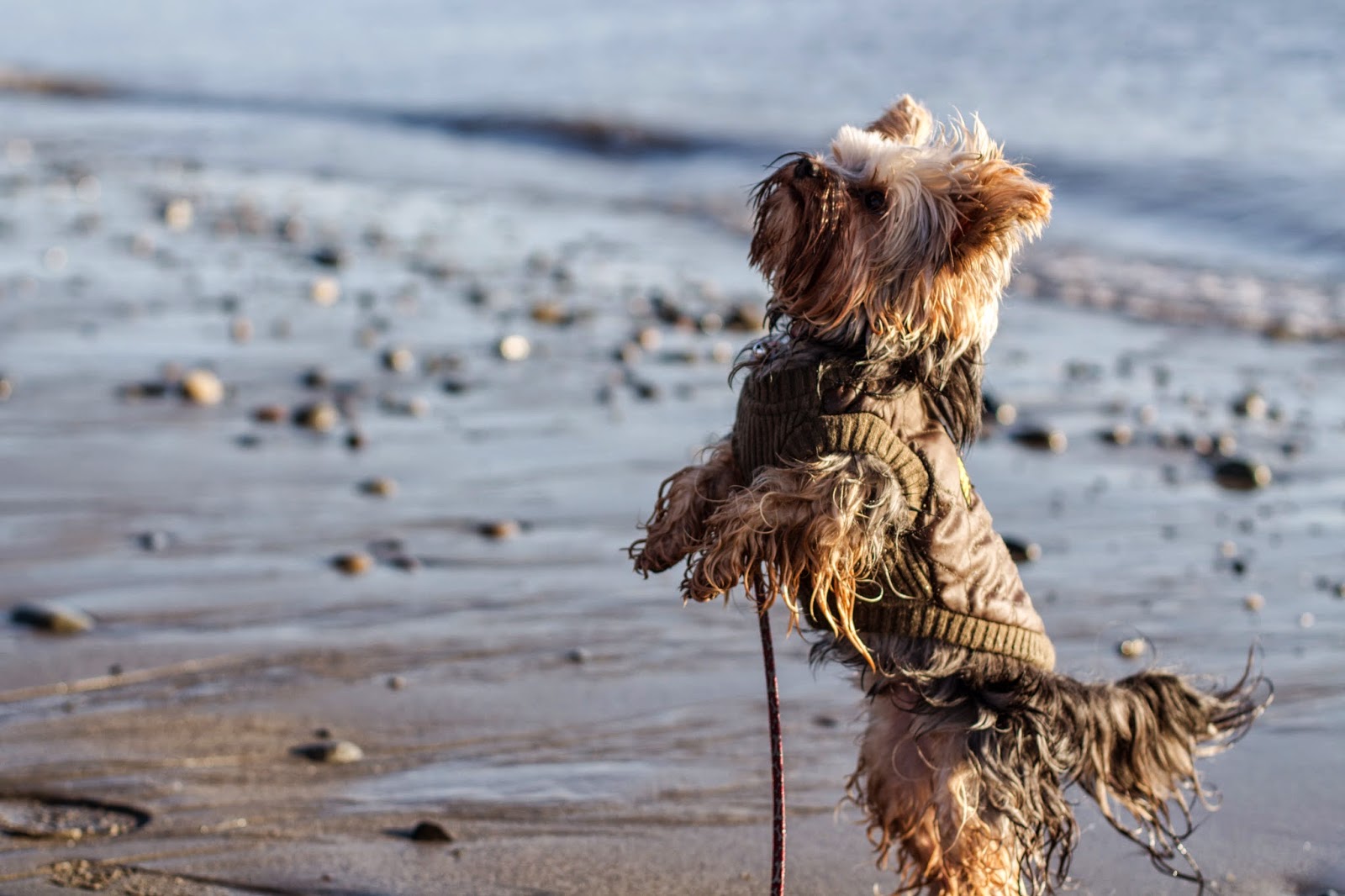 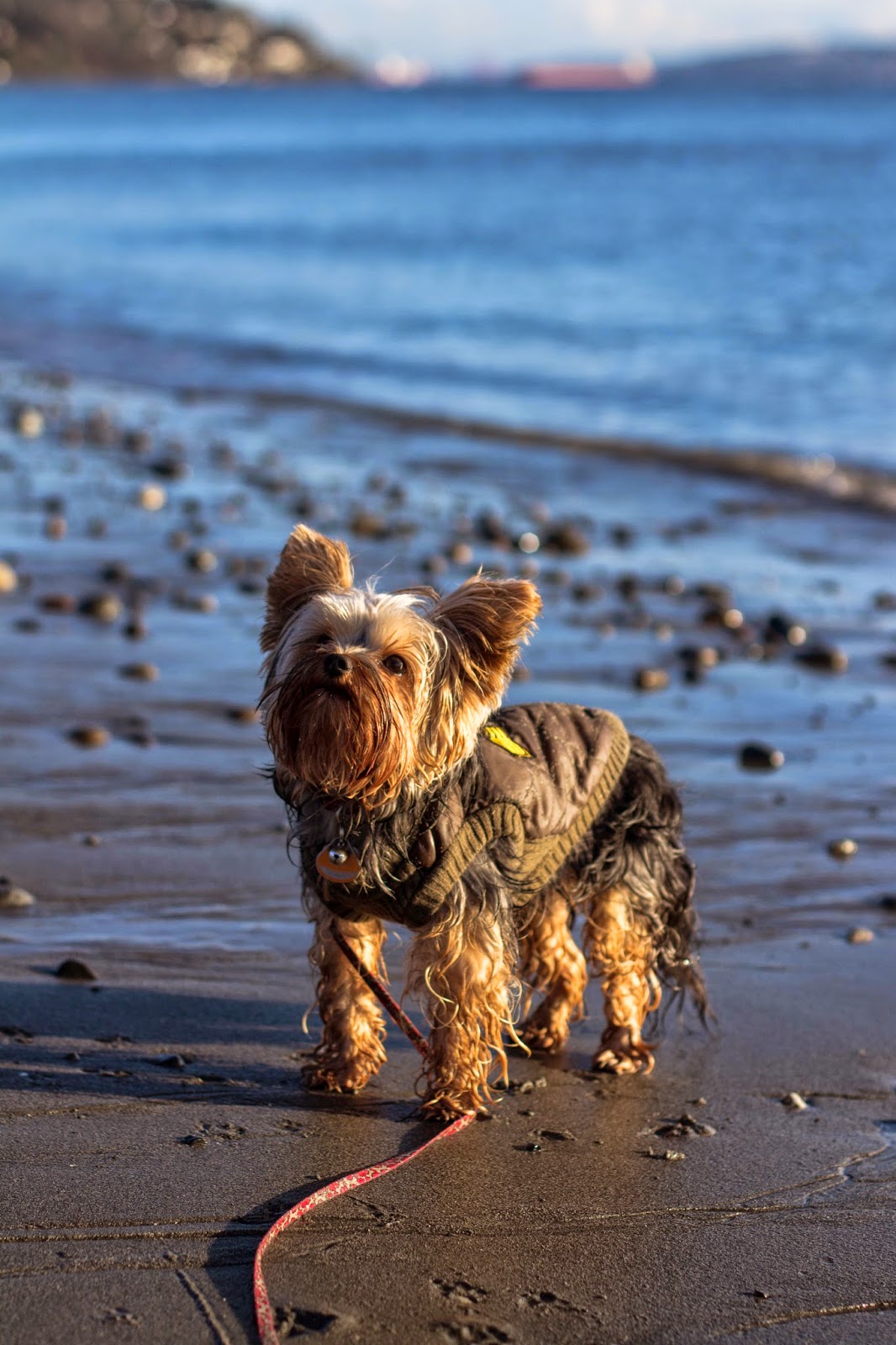 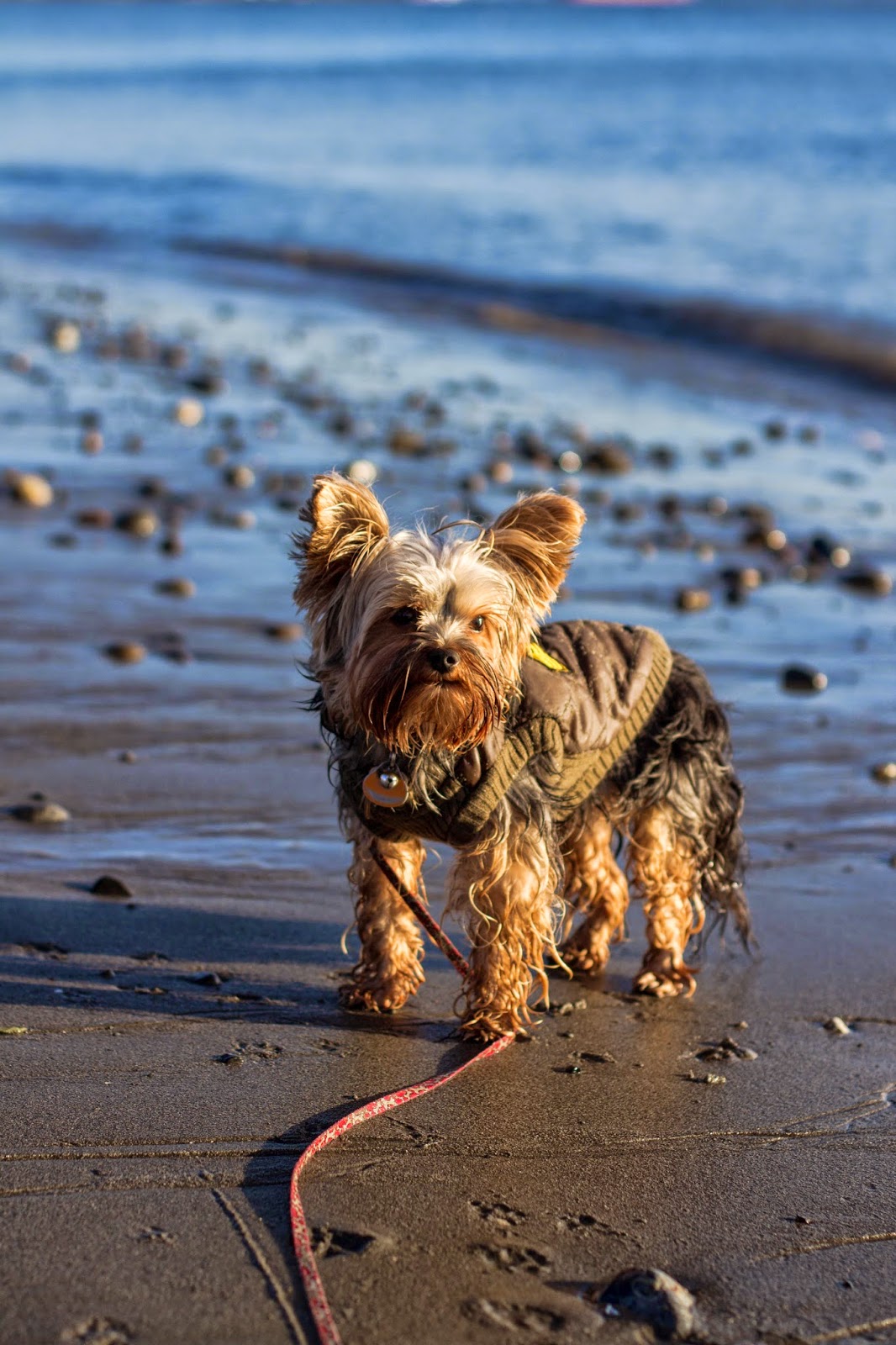 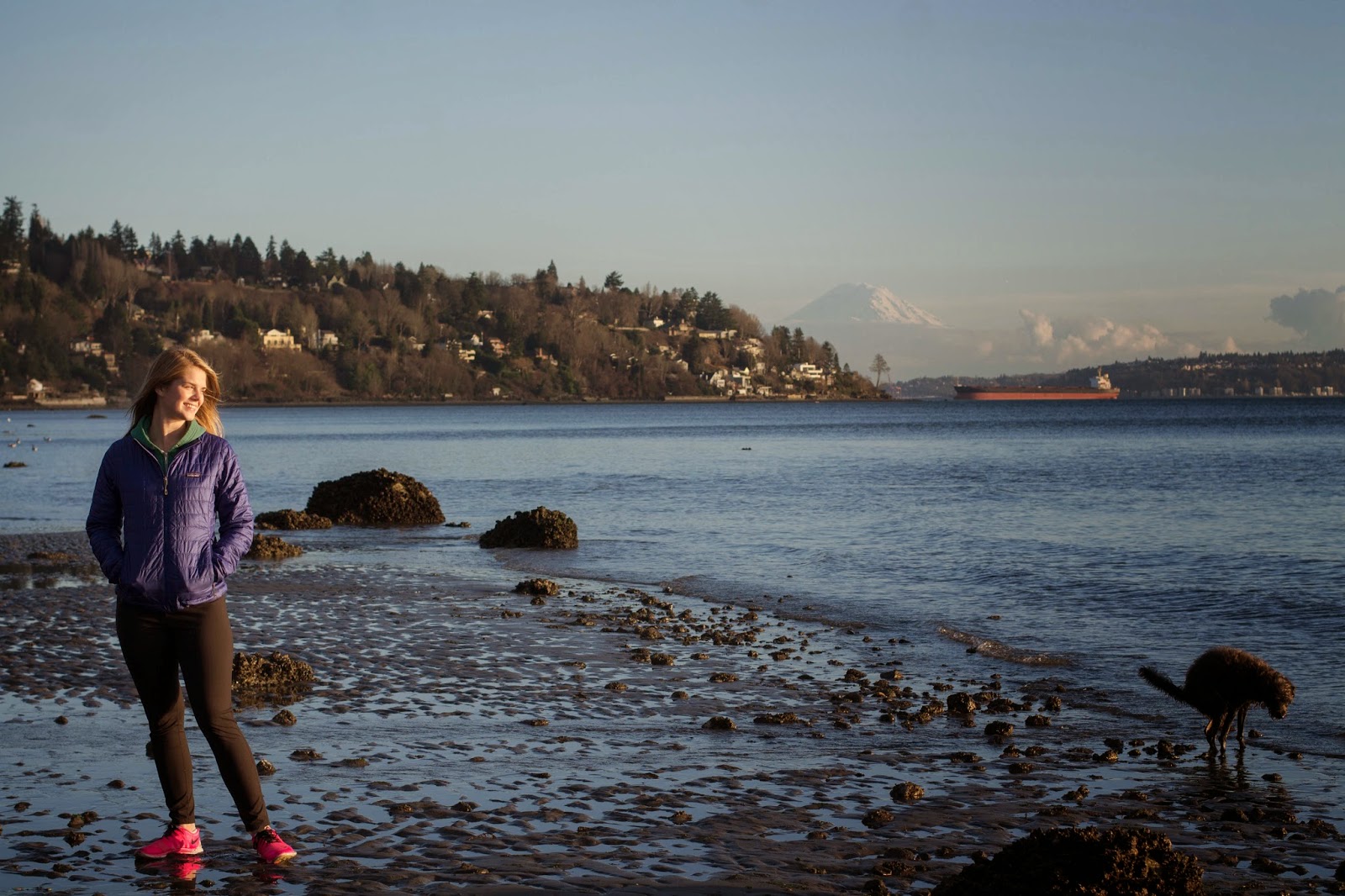 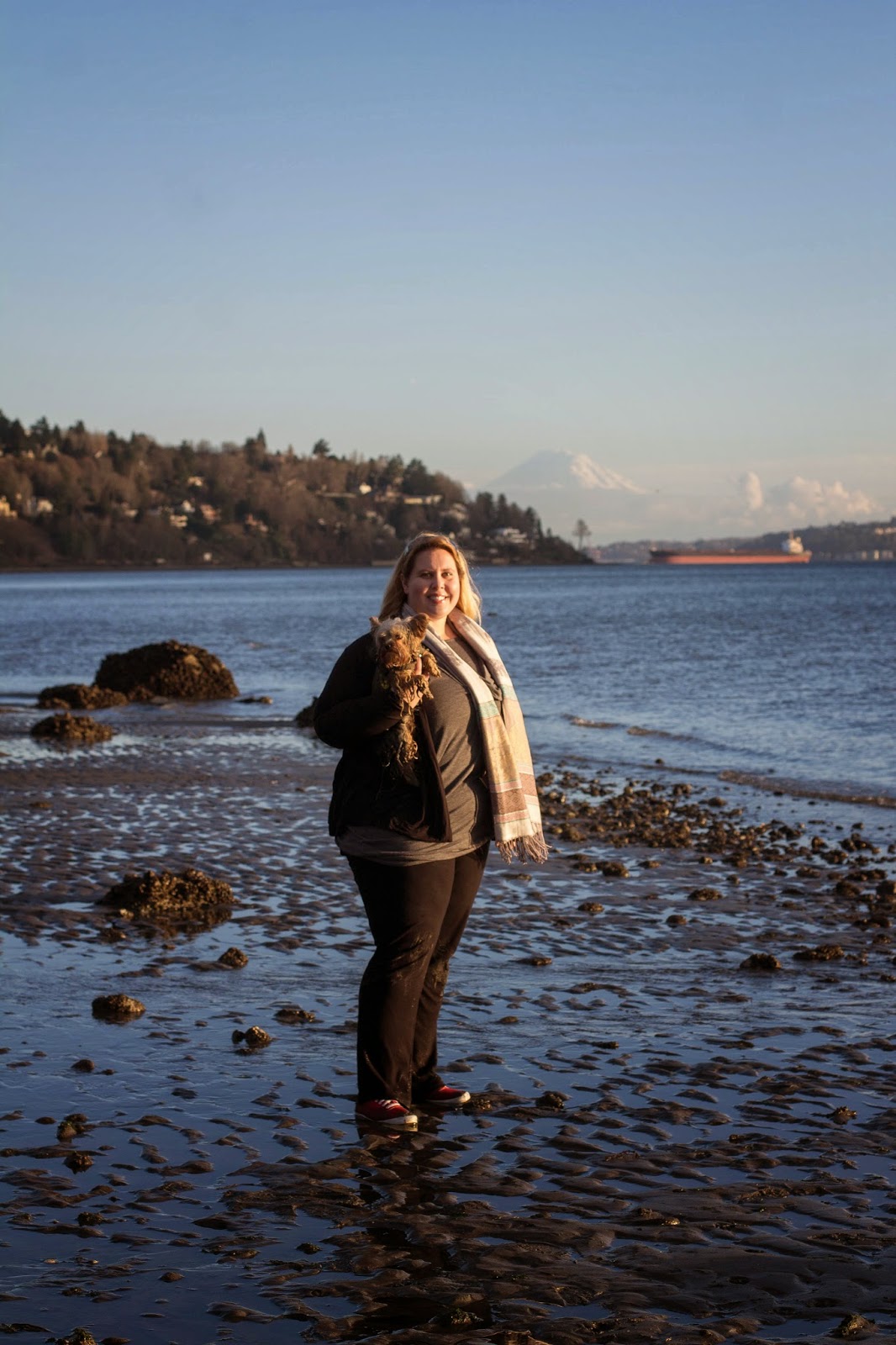 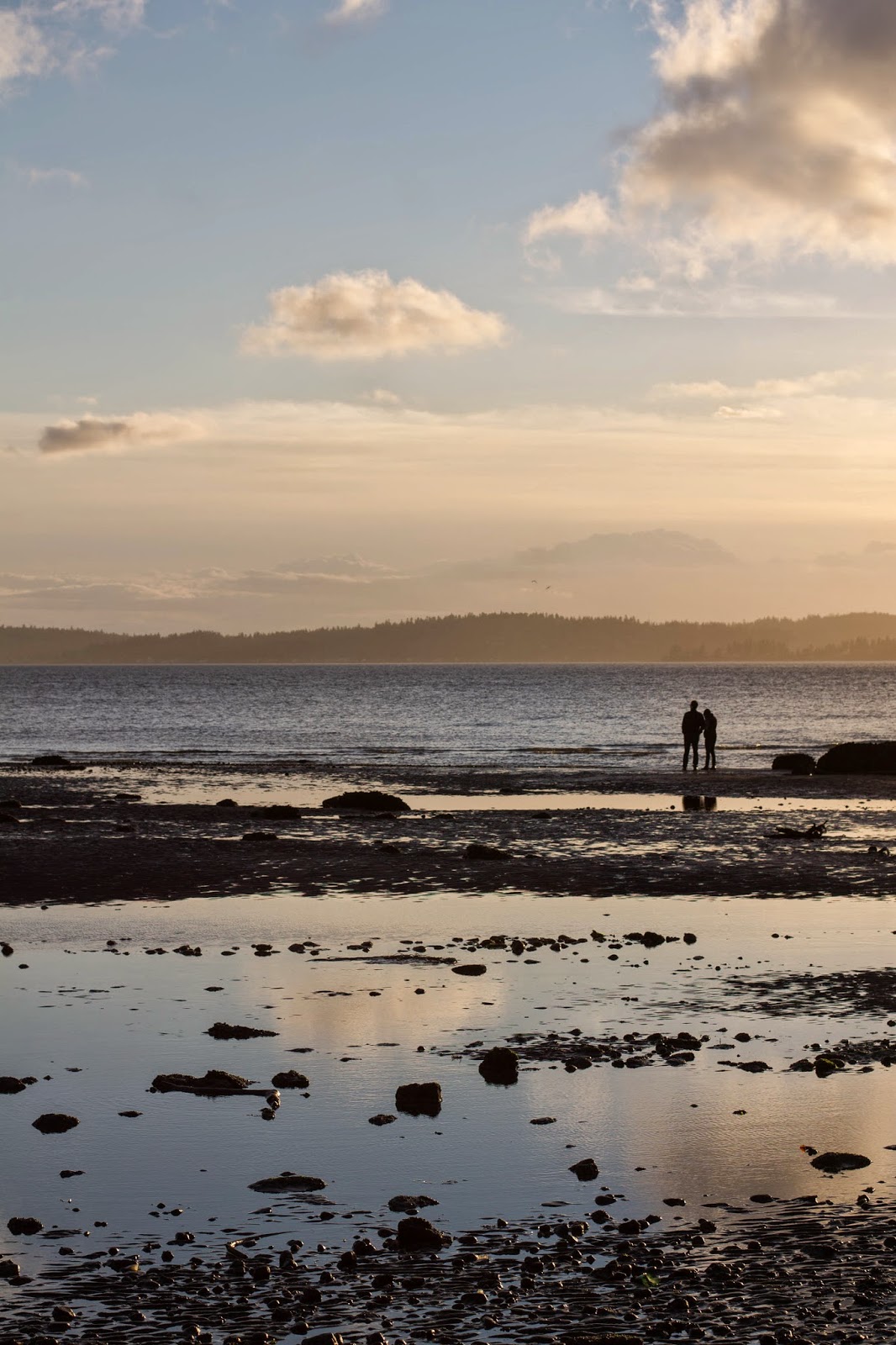 After that, we decided to start a little gathering of games and good people.  Nater and a couple of his friends joined, and so did Diana, Jason, and Kayla, who had flown in from Hawaii to surprise Diana.

Me: So how are you feeling?
Diana: A little nauseous, so I took a nap after we went to a party this afternoon.
Me: Right. So you went to two parties.
Diana: Yeah, I mean I figure I might as well go to two parties and pretend that I'm okay.
Me: Good for you! Way to bury those feelings!

And then today, I cleaned up a bit around here, did laundry, went to Marymoor and generally chilled.

Have an awesome week!

Posted by skcorynaffit at 6:23 PM