On Monday, I brought Percy and Nala to be groomed, and then on Wednesday, I brought Percy in for a doggie day care evaluation.  My mom laughed pretty hard when I told her I was doing this.  I was a little confused because I thought the evaluation part was logical in that you want to make sure that the dog isn't aggressive or has social problems.  Now, the concept that I am bringing my dog to day care, that really is ridiculous. 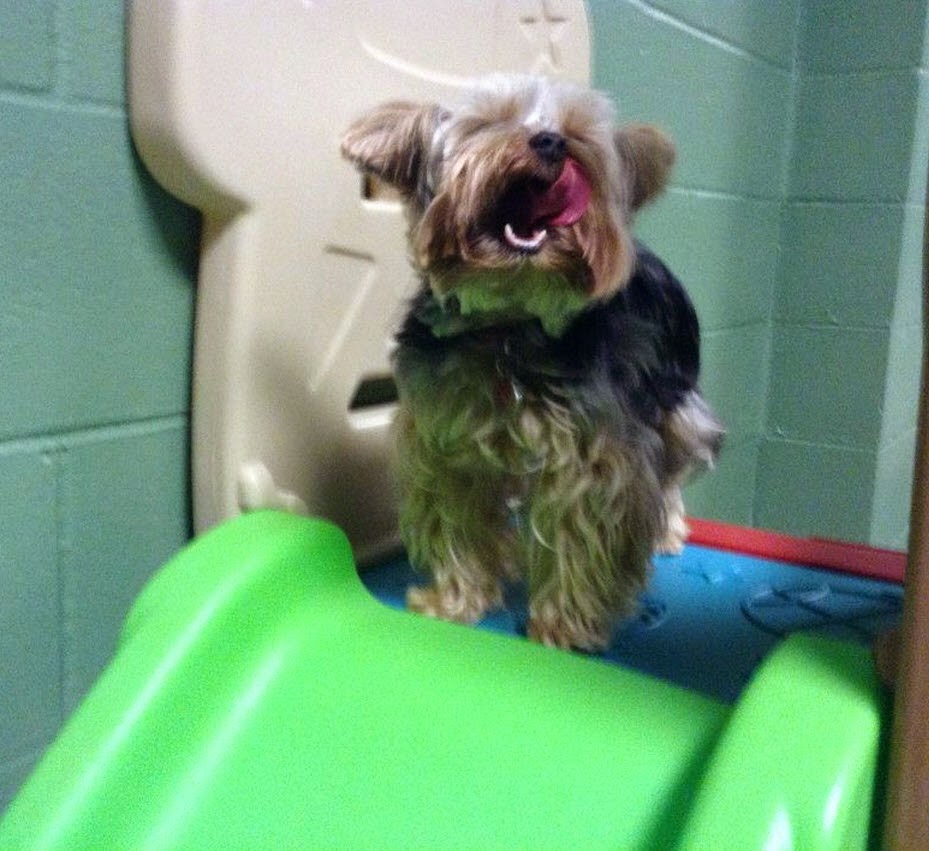 I told Zach about my new "eating from the outside of the grocery store" plan and he said, "Like Hansel and Gretel and the witches house?"  Not exactly, but just eating old gum off the brick wall would definitely be a change to my diet.

I had heard that getting a mentor is a cool thing to do. "Cool" being a relative term.  I'm on this mailing list of women in my org, and someone emailed that group about peer mentors.  Figuring that would be a good, and easy step towards getting a mentor, I threw my hat in.  I contacted my new peer mentor a couple of times to coordinate schedules, and then drove over to her building for our first meeting.  After looking for her for 15 min, we finally connected and grabbed a focus room.  As we sat down, the first thing she said to me was, "If I had known that were going to be randomly paired I never would have signed up."  Followed immediately by, "I guess we can talk about tampons or something."

I told Cassidy and Zach the story later that day.
Me: I mean she was nice, but I don't think getting rejected by a peer mentor set me up emotionally for speed dating tonight.
Cassidy: You keep saying she was nice, but the things she was saying, were not nice.

We arrived at speed dating early because I tend to do that.  That was probably a good opportunity to be social, but instead we only hung out with each other.

Me: I think I only have around 7 min of material.
Cassidy: 7 minutes? I hope it's not that long.

It was only 5 minutes, so we got 10 (11 if you count Zach, which I don't) dates in an hour.   The evening was fun, and 5 minutes is actually a great amount of time, I think would have like 30 seconds in between each conversation to absorb what had just happened.  I believe, because the ladies stayed sitting and the men were able to get up and move, the men remembered more about who each date was.  You can remember where they were sitting, you had a couple moments as you walked to the next date, to think.  The result was me scrambling to write down names at the end of the evening which were mostly guesses.  I will say this, if you were every going to go for an interview, speed dating is a superb way to get you prepped for that situation.  Being personable, giving a good impression quickly, talking about yourself the appropriate amount of time, and thinking on your feet are all required for a speed dating evening.   I was way more fun and interesting by the end of the evening than I was for the first two gents, when I was just warming up.  In some ways, the scenario is awful for someone who is an introvert because it's not enough time show someone who you really are and I would imagine the ordeal would be terribly draining.  Being an extrovert, I was totally energized and took that added vitality all the way to my work party the next evening.   I was still feeling very social, making it easier to talk to people I really never talk to at work.  In summary, Cassidy told me after speed dating, "the most awkward part of tonight wasn't any of my dates, it was listening to your date." 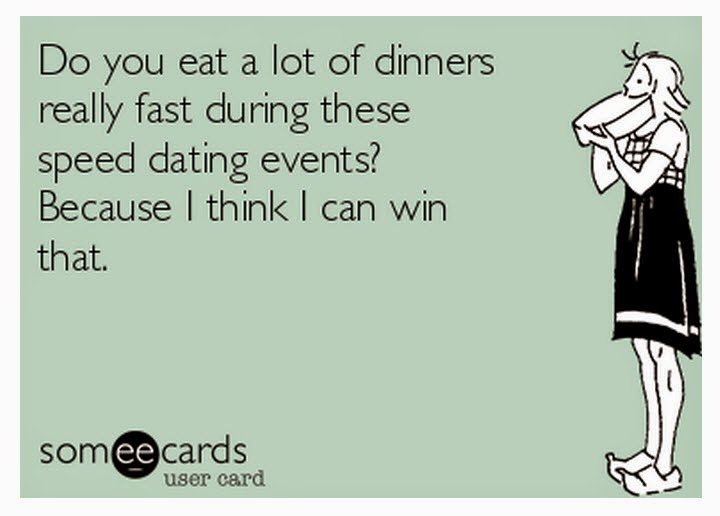 This is probably where I should talk about my work party, but other than saying that I stayed the whole time, and I managed to be super social (partially because of the added speed dating energy, and partially because I stood in a place where people had to work NOT to stop and talk to me), nothing majorly exciting happened.

I had every intention of catching up on my 5 Monday emails, but then my computer started running out of battery and for the life of me, I could not find the charger.  Instead, I went to the dog park twice with Kelly's mom (oh yeah, just her mom - Kelly was in San Diego.)  I like that she knew that she had to send reinforcements to keep me company.  Such a lovely, sunny, weekend to hit up the park!  On Saturday evening, Elizabeth got back from Diana's
While I was just starting to watch Downton Abby, so she asked me if we could watch all three episodes, which meant we didn't get to sleep until around 2.   The next morning, as we were getting into the car so I could drive Elizabeth to Diana's:

Elizabeth: I would feel bad about waking you up at 9 but you kept me up last night.
Me: That is not how I remember things going down. 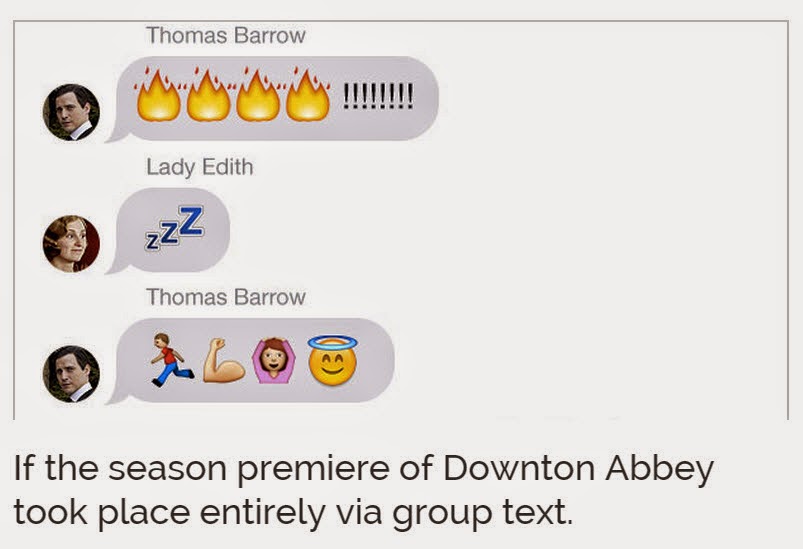 When I got back, I tried to sleep for a little bit, but wasn't very successful, so I made some mashed potatoes for Diana.  Backing up a little bit, Diana had stopped by on Friday, feeling pretty miserable between hives from the medication and open sores all over her tongue, she wasn't getting any food down.  Slightly obsessed with trying to find something she might be able to eat, I googled, and then grocery stored.  I don't know why I was feeling a little nervous and frazzled (probably because I wanted to help without being an intrusive weirdo, but never-the-less I did feel like an intrusive weirdo and ended up dropping many many things in my attempt to stock the fridge and get out of the house without upsetting anyone.) That was Saturday, so on Sunday, I made some mash and dropped it off at the house on my way to meet Kelly's mom for happy fun times at the park.  While I was at the park, Diana texted to tell me that she had been able to eat some brie, rice pudding and mashed potatoes.  I really must be a freak because I felt more accomplished with that news than I have in a really long time, and immediately called my mom to brag. 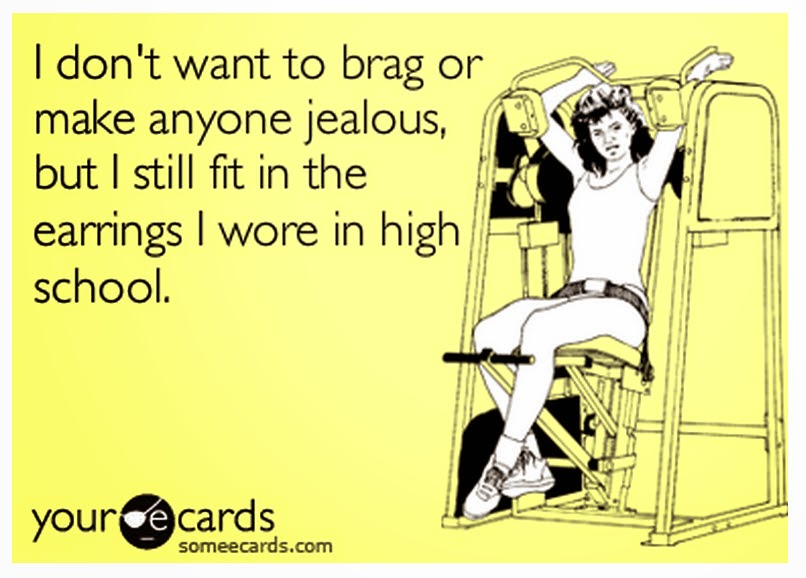 Later that day, Percy and I went over to Zach's to watch some Elementary.  As I opened Percy's back pack, I saw the charger to my computer, but at that point I didn't have my computer with me so I knew that no updates were getting done any time soon.  And I was right! 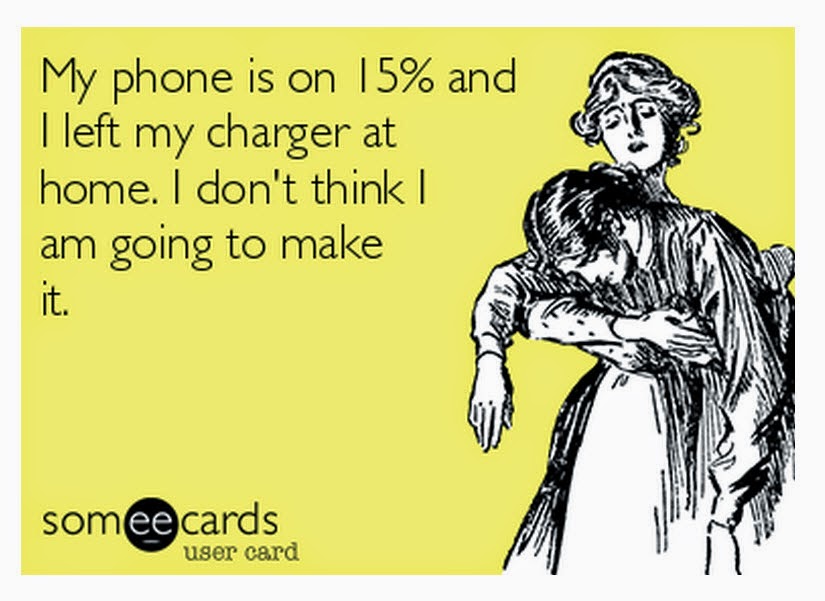 Posted by skcorynaffit at 9:52 AM