Kristy Bee inquired about my where about because apparently I don't usually drop off the radar for over a month.  This is true, mostly.  More often than not this happens when my life is awesome and I'm too busy being fabulous to stop for a moment and write all the hilarious hi-jinx down.   Unfortunately, I don't have anything boast about this go around.  I've become that girl who works all the time.  This truth is both lame and shouldn't take long for you to read about. :)

The art director at work got a new puppy, and brought it so I could cuddle with him.  Meet Jasper - he's French. 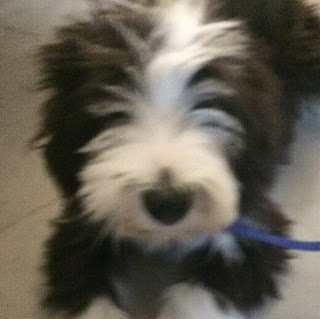 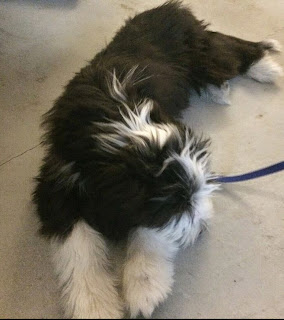 And my pups, Percy and Casper, chilling in the back yard keeping watch over the ducks to make sure they don't get too comfy. 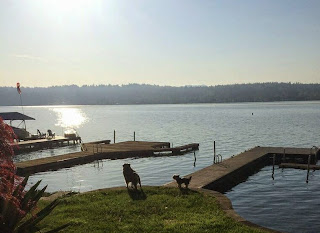 I am constantly checking that Timehop app just see what happened, and I saw this gem from our bouncy house party circa 2009.  Don't we look like we're having a blast! 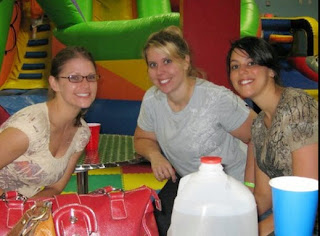 Lucas and I woke up after our road trip, and we were both singing "closing time" because of the Pandora station of the weekend.  I ended up at work with it still stuck in my head so I decided to try out this snap thing. 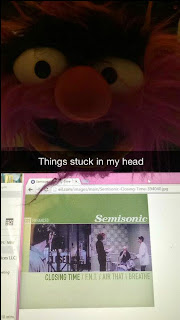 Lucas and I have been watching some Parks and Recreation lately.  I just can't get enough.  We were engaging in just such an activity when Lucas got a call from Arda.  As he was hanging up, I heard, "I love you. You're a good guy."  I was telling him during our road trip that one of my favorite memories was our daily ritual of listening to the Gilmore Girls sound track on our way to school.  (Lucas said that's how he learned that you could use ritual without having a religious connotation.)  I would drop him off at school and he would take a couple of minutes to gather all of his many bags, lunch boxes, and instruments all the while saying, "Thank you! I Love you! Bye! Love you! Thanks!"  That's when Luke said, "Yeah, I guess not a whole lot has changed."  We did have a car that was mainly filled with an amp, records and a guitar.

Lucas was cooking up a meal for himself.
Luke: And now for the MSG.
Me: heh what?
Luke: The MSG. I bought some, and it is delicious - here taste it.
Me: I'll take your word for it.

Lucas said he had a bandmate in high school who always had pretty awesome music supplies.  She would say, of yeah, "I borrowed that from my neighbor." Luke would discover later that her neighbor was Dave Matthews.  Do you guys remember when Wade and I got tickets to a Microsoft reception?  Basically, there was an all-day meeting and Micosoft rented out concert hall afterwards for drinks.  They set up tables to mingle and chat, and that's when Dave Matthews came on stage and performed.  No one but us paid attention, but he was un-phased as if he was a wedding singer.  Weirdest concert, ever.

Dawne was out town for two weeks, and the day that she left (I mean not even 12 hours had gone by) I noted that the pink fish was lying on the floor of the tank.  The next day, I fed them, and I couldn't find the pink fish at all, so I texted Dawne the news.  Turns out, the pink fish really was just hiding.  I didn't tell Dawne though because I didn't believe it would make it the week and I certainly didn't want to deliver bad news twice.

Speaking of which, the first week, Zach took care of Casper.  Dawne left him with pre-measured and prepared containers of food for each meal saying, "Feed Casper. Seriously, I'm okay with my fish dying but you have to feed Casper."  Fair enough.

Tristan has this motorcycle, and it was a little rusted.  When I was hanging out at Zach's he told me that he took a chance and tried cleaning the rust with a can of coke.  Guess what? It totally worked.  And guess what? Tristan turned around and ordered a coke the next day.  I guess if it got rid of all that rust think of what it could do when you drink it!...?

Deep in the trenches, I got a fun pic of Amelia to cheer me up. 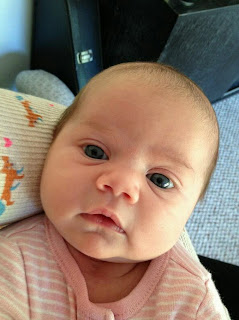 Finally I took this one of Percy to demonstrate his constant need to have a place to rest his head properly. 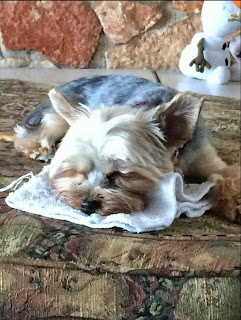 Posted by skcorynaffit at 9:28 PM