I know there are TSA jokes out there, but I’m going to focus on the real news: 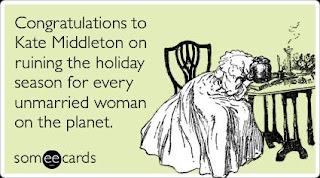 Last week Nala got sick and curled up on me… which was totally sweet until she threw up on me.  I took her outside, but when we got back inside she just wanted to curl up again.  And as she was resting with her face on my chest, smelling considerably like vomit, I learned that she has also curled up into my heart as well. Probecita. 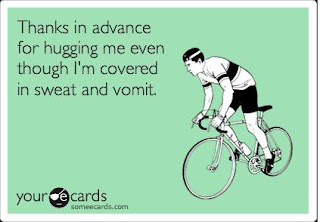 T O’B: How do you not know what final exam you’re taking tomorrow?
Lucas: Because I’m extremely irresponsible, Tufts. 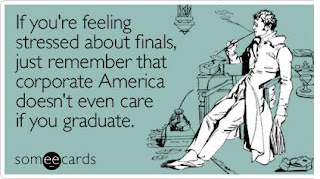 We had this licensing summit at work and being left without introduction into a group of 6 licensors, wine in hand, it was no wonder I ended up telling stories (which is just my natural fallback position.)  Then this group from Viz Media, who were all my age, whispered “You know that we are all wired and the recordings of this conversation will be brought back to the office.”  To which, after a quick review of what I had been saying, I replied, “I guess 3 weeks at Pokémon was a good run all things considered.”  (No Becky, I did not tell the Rape Circle Story, even though it is a damn fine story.)
I am no efficiency expert but when I received and email requesting that I email someone else to give me a file so that I could then upload it to a public folder and email the original person with a link to said file, I thought that perhaps, I wish I was an efficiency expert. I also looked around to see if I had accidently fell into a Dilbert Cartoon.

A week ago, Luke came home on a Saturday morning completely panicked by the overwhelming about of things on his To Do List.  When I asked him what he had on the list he said “I have to write a song, but that will take me 10 minutes.  The real panic issue is that there are less than 40 days until Christmas and I still haven’t gotten my Christmas List done.  I started it in Word, but I still need to finish it and put together my power point presentation!” 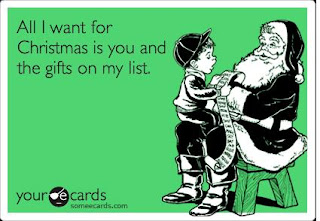 Jordan woke up last week and immediately said, “THREE MORE DAYS!”  As in three more days until Nate comes home and takes care of his dog again.  This may or may not have something to do with early morning wake up calls and the fact that Casper turned his blackberry into a chew toy.
Becky called her Dad last week to say, “I have something really important to tell you.”  Becky’s Dad, “We’re at a church function, but if it’s really important I can step out.”  Becky, “It’s okay.  Just call me back as soon as you can.”  Becky’s Dad a lil later, “Okay, what is it? Are you okay?”  Becky,” You would think after 29 years you would know that when I say I have something really important to tell you, what I really mean is I just have something to say.  I just wanted you to know that Christmas Music started PLAYING ON THE RADIO!!” 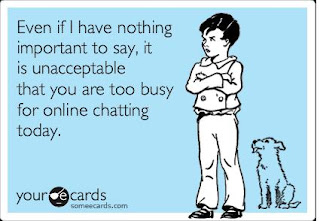 The lights in the offices at Pokémon are motion censored and on Thursday the VP that is next to me stopped moving for so long his lights went out.
Nate: Your lab report reads like a captain underpants book.
Lucas: David Pilkey’s work was excellent.
I was supposed to go to this Paint Ball Birthday Party on Saturday (I joked around about wearing a prom dress to this event and then all of a sudden formal wear became mandatory.)  As I was trying to figure out how I was going to fit padding and a snow suit under a prom dress, I got an email saying that the weather on November 20 was going to be too cold so the event was canceled, followed by 4 possible dates in December.  Yes, b/c it I hear it will be much warmer in December.  This postponement did, however, allow me enough time to realize that I am too disabled to bowl, forget about running around in a paint ball situation—pair that situation to the reality that I bruise like a peach and you get one Tiffany meeting her friends, in her formal wear, at the bar.  I’m a problem solver. 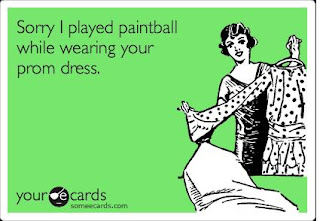 I picked up Nala the other day, and she immediately climbed up to sit on my shoulder.  Lucas, observing this, said,”She is like a parrot if you were a Pirate. Speaking of which there is a prosthetic store next to my school.” 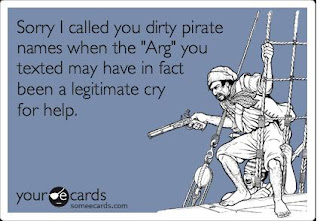 Maureen and Little Patrick were talking about Jesus’ relationship to Joseph and the Birth of Christ and then Patrick finished up the conversation saying, “then cookie monster came in and gobbled up all the cookies!" To which Maureen replied, “Yes, that's exactly what happened." 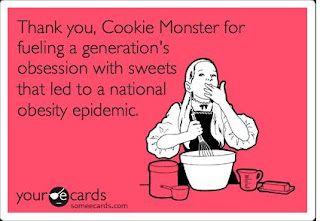 It got pretty windy in NY last week and all of the leaves in my parent’s yard got blown over to my sister’s yard.  My father called his son-in-law and left a message saying, “Hey Pat, could you send our leaves back? Thanks.”  (In case anyone was wondering where I get my wonderful personality from, now you know.) 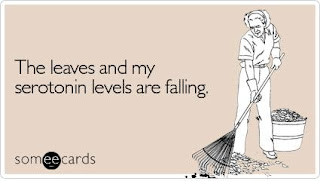 Lucas wanted something for dinner that wasn’t wheat and wasn’t meat.  After not being satisfied with any of the non-meat, non-wheat options, he caved and said he would just make some crepes.  He put the eggs in a bowl, added some vanilla and then went into the pantry for flour (and due to the fact that I chucked all of the flour) we only had a tiny bit left.  He tossed it in and then tried to “make do” only as he poured the first crepe he was wary of the results and made me try it, and sure enough it was vanilla flavored egg.  So we opened a bag of “Waffle and Pancake Mix.”  (That day, Luke’s French teacher asked him if he lived on a farm after hearing his butchery of the French Language.  Luke was worried about whether or not he had insulted individuals who might have actually lived on a farm.  So naturally, when we saw the waffle mix and Luke said, “I don’t know.  It looks fancy.  I don’t trust it.” I said, “Just because its Gore-Met, doesn’t mean it isn’t edible.” I think I spoke too soon.)  Turns out that, ironically, that even though Luke had caved on the “No Wheat Dinner” the pancakes were in fact Gluten, Wheat, Egg, Sugar and a host of other things Free.  Don’t worry, I used Joey’s rub belly accompanied by “mmmmm good!” acting skills. 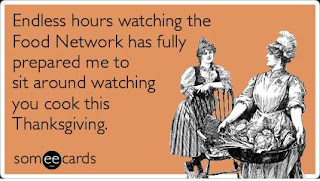 Super fun with the exception of feeling like I had accidently walked into a frat party as a couple of terribly drunk guys decided to get really personal while trying to put a sentence together but only accomplishing “Beer?” “Girl.”  “Submarine.”  Ashley had some cupcakes made (but not by Jen Clark, as she said they looked lovely, but if she had made them certain aspects of the decorations would have been bigger.) 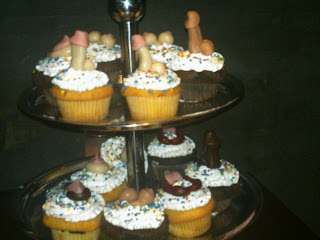 As we were walking into the darkened alley way outside of the bar, Dawne says “This is cool!”  Me, “This is COOL?” Dawne, “Okay.  Weird. Ya know.  It’s like one of those places that you come outside, all by yourself, late at night  and then you can die.”
Becky told me that she really enjoys irony.  That’s why she likes to take her coffee into the bathroom and sip her coffee while she’s peeing.  It makes her laugh… which makes her pee a lil more.
I badgered Jordan about Harry Potter telling him that I simply could not wait to be disappointed when the epic tale was interrupted 1/2 way through leaving me hanging for months on end.  We went to see it on Sunday night, and since I can’t stop complaining about this, how in the WORLD are they going to find Ravenclaw’s tiara given that in previous movies they changed the story so that Harry has his eyes closed in the room of requirement as Ginny hides the Potions book!?


I’ve decided to put together a Christmas Wish List of things that if money and space were not an option, and I enjoyed wasting both on ridiculous things, this is what I would want this Christmas. 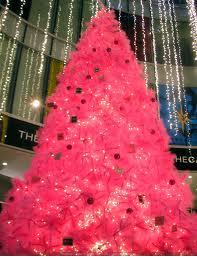 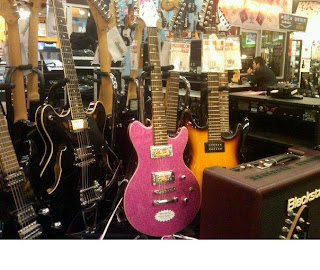 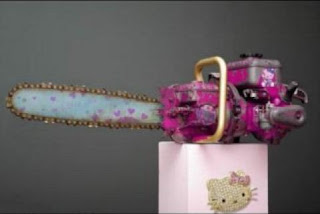 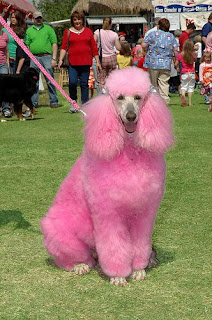 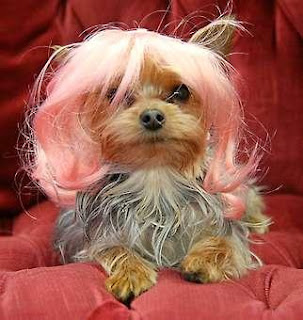 Do you see a pattern here? 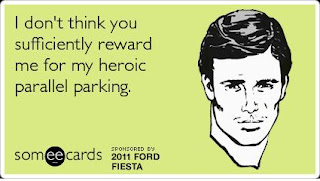 And lastly, we were supposed to make pies with Rach last night, but due to the snow and ice she couldn’t make it to the eastside.  I was in the kitchen trying to reason that we didn’t need dessert at Thanksgiving, when I gave up and Luke and I went to the grocery store.  Seeing many cars slip and slide on the road, I questioned the intelligence of our decision.  On our way back though, Luke and I seriously contemplated putting the top down so it would be like sleigh riding (but I was worried about the snow on my leather seats) so we just put all the windows down and he stuck his head out of the car.  Same difference.  I ended up making 6 pies while watching a Christmas movie feature Melissa Joan Hart and Mario Lopez.  Some of the butter might have leaked onto the bottom of the oven which caused to the kitchen to fill with smoke… and so every time anyone walked into the Kitchen Dawne would yell “Tiffany’s cooking!” so she doesn’t get any credit for making pies despite all of her hard work.  And because I didn’t use any recipes or instructions making any of the pies, I might not take credit for them either. 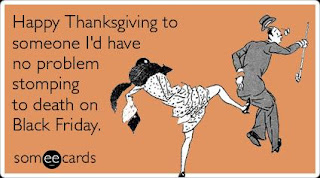 Happy Thanksgiving All!
Posted by skcorynaffit at 12:26 PM