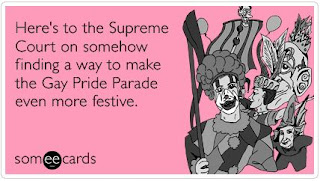 When I walked into the office on Monday morning, this is what I saw in the kitchen. 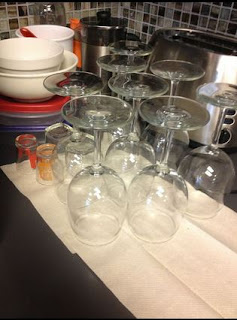 On Monday, Lucas’ band played at the same location that, when I had gone during the winter, I had to call Matty and ask him to leave the warmth of his home to hang out with me because I was terrified.  During the summer, it was much brighter and friendlier.  Lots of things are prettier in the summer time actually, like these two rainbows I saw last week one was at 9PM and the other at 8:30PM. 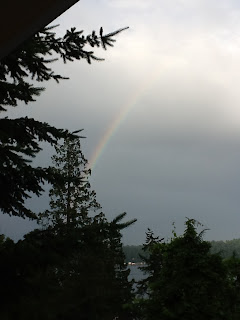 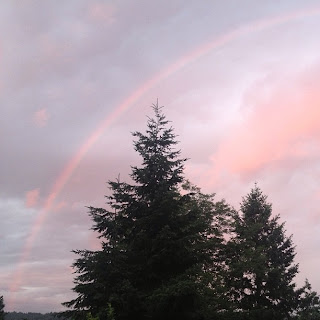 I was checkin’ the old Instagram the other day when Percy wiggled his way up on my hand and promptly fell asleep.  I carefully maneuvered my phone so I could take a picture. 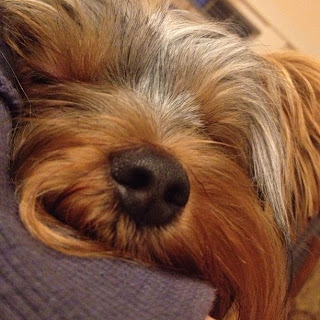 After I posted it, my cousin Colleen posted a picture of Cubby with a note saying, “Yorkie nose war!” 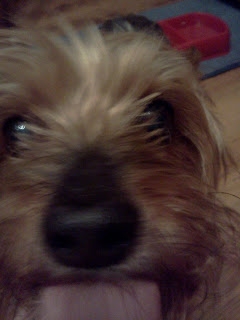 I told Dawne, who went to take a picture of Nala’s nose.
Jordan: You’re holding us all up from watching a movie.
Dawne: You’ll have to wait.  This is important cousin business. 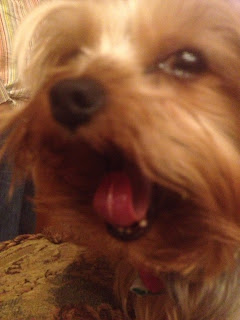 Then, Colleen ran out of Yorkies and lost the nose war right around the same time that we realized that it was Cubby’s birthday.  Naturally, we hurried to dress our pups up for a proper birthday celebration for their cousin. 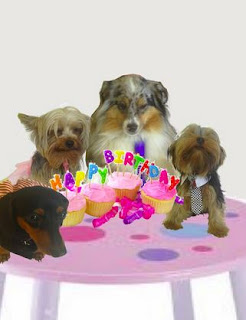 On Friday, I went on the monorail for the first time.  Oh, you didn’t know that Seattle had a monorail?  That’s because it only has one stop, going between Seattle Center and 5th and Pine.  VERY exciting.  J  Then, because we felt like we were on vacation, we walked to the market and had a Bolivian dinner.   It was totally like a Try New Things meeting only no one from the club was invited. 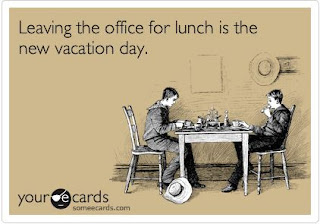 On Saturday, I started the day running over to pick up Ander’s laundry (more to that story later) then to Norm’s Eatery and Ale house for lunch before the Summer Solstice Fremont Festival.  In case you’ve never heard of this festival, it involves a parade of around 300 naked, mostly painted, bike riders.   I think I can honestly say that this was the highest quantity of naked people I have ever seen in one place riding bikes.  Some random pictures: 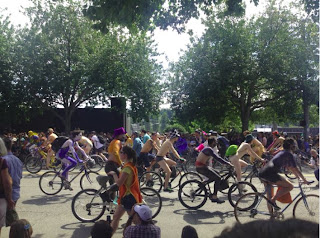 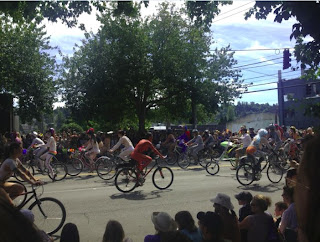 Also, Dawne overheard this conversation:
Little girl: I want to take my shirt off.
Mom:  You might get burned.
Little girl: But it’s my only day to be FREE!
Mom: Alright then.
We eventually gave up getting through the crowds and headed home.  We got a quick swim in before dinner and a movie – not too shabby for a slow Saturday night.
I can’t remember if I told you all about the conversation we had at Laina’s brunch in June.  Dawne was telling us about a friend who was doing her husband’s laundry and found another woman’s underwear.  Dawne’s immediate response was to say, “I can’t even count how many time I’ve found lingerie that isn’t mine in our house.”  That day at brunch, she went to describe many of the hilarious accounts of finding random underwear, the day she learned that Jordan knew how to do his own laundry, and a tale of a stolen maid’s costume.   With this story in mind, we had inspiration for Dr. Rach’s shower gift.  First, I asked Anders for his laundry – which he provided with no questions asked.  Then, after I picked up the laundry from Anders’ mom, I combined it with some lingerie from value village that obviously did not fit Dr. Rach, and towels that were actually on her registry.  We tied them with a bow and put a big tag that said, “Anders’ Laundry” on one side and “AKA Your Future” on the other.  Not surprisingly, Dr. Rach threw much of this at me as she unwrapped the present at her bridal shower.   Immediately after, Dr. Rach opened towels from Aunt Pat that were more traditionally wrapped in beautiful silver boxes and ribbon.  I especially enjoyed the contrast.  Also, at one point, one of Anders' relatives asked, "Now, Tiffany, You're Rachel's FRIEND? " To which I replied, "The BEST of." 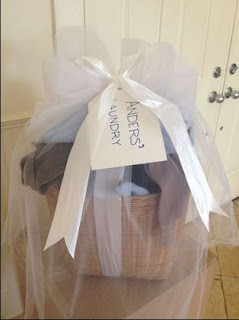 Hope you’re having a most excellent week!
Posted by skcorynaffit at 12:34 PM