Office Article
I sent this to Chris with a note "Please don't let this happen to me."
Chris: I'm surprised this doesn't happen more often.
Me: I think I'd notice if you were dead!
Chris: Oh yea. Me. Of course. But you? You sit in the corner. If Colin doesn't look out his window who knows how long you'll be there. 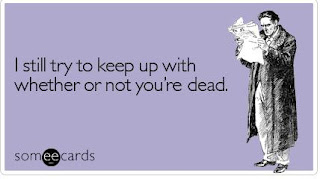 Me: HAPPY VALENTINE’S DAY!
Chick: Happy Valentine’s Day… (Huge pause)... I guess.
Me: What did THAT mean?
Becky: It means she automatically repeated our Happy Valentine’s Day and then she realized she didn’t like us.
Shana sent me this video on Monday: SnorgTees Video
Naturally, I called dibs on Green T (as if I even had any way of knowing who these guys were or where they were located), and then another friend told me that they had gone to high school with these guys.  Facebook, I bow to the wonderment of your social networking skillz.
Jared to Becky in genuine wonderment: I don’t know how people like you perceive the world.
Jared and Becky came over with heart shaped pizzas on Monday.   And as we were looking for romcoms, Jared expressed how appalled he was at our organization.  I tried to explain how we have all tried to organize but it just gets messed up… but quickly stopped trying to defend our behavior when Ella Enchanted was found in the “C” drawer.  You can see why, right? 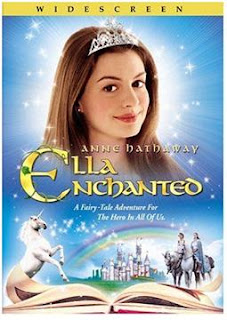 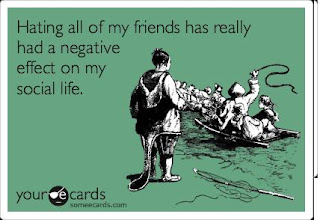 Evivova on me getting laser eye surgery: Knowing you, you’d laugh as they go to make the cut. Or cry. Then your tears would make it slip.
Me: I just told the story about how you don’t like water.
Kathi: It’s not that I don’t like water.  I just don’t like it dripping from me.
Me: More about how you would look at us in the pool as if we were swimming in a pool of warm urine.
Kathi: They are about the same temperature. 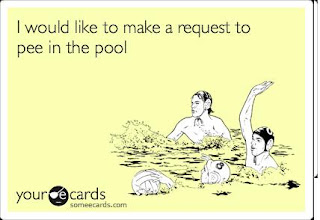 Becky: Today will be successful if I don’t kill someone today.
(11 year old Aaron): And how do you feel about that?
At church, My nephew Kevin turns to my sister and says " I wish there was half time, so you could take a break to go to the bathroom." So True.
Me: Every once in a while someone tells me I should do stand-up and I’m always like…so you and I can awkwardly hang out in a club as I tell you the same jokes that you could get for free every week?
Becky: I know! It’s taken me a lifetime to put together this material.  With one show I’d be tapped out! 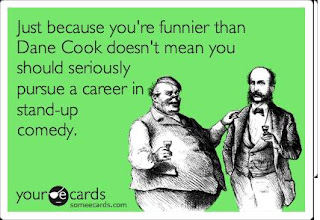 Me: We have off on Monday?
Becky (giggling): You totally would have shown up and texted me “Where the hell is everyone?” and I would have laughed and laughed. 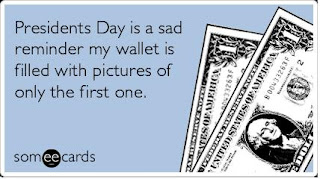 Becky: I’m going to see The Presidents of the United States tonight?
Me: Are the Crash Test Dummies opening for them?
Me to Rach at the beginning of Valentine's Day: Wait--who is the hot mess in our circle of friends? I hope it's not me.
Rach: I don't think we have one.
Me: Every group has one.
Me to Rach by the end of the movie: Yea.  I'm definitely the hot mess. 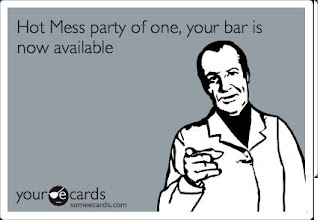 Luke:  Dad and I are going to install the stereo in my room which is going to be so much better than when I just taped the speakers to the wall and then they fell down on my while I was sleeping.
Jordan: We watched the worst movie ever last night.
Me: Wait; remember you are talking to a woman that thought Cone head’s was an award winning movie.
Rach: I never said that! I just thought it was entertaining.
Jordan:  I don’t think anyone would watch that entire movie—not anyone with working hands anyway.   So we watched “The Seat Filler.” We never learned how to become a seat filler (which is why we put it on).
Me: I’ve always wanted to know!
Jordan to Rach: You wouldn’t have liked it either; there was no one from France in it. 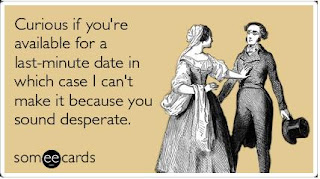 Me: Look!  I got all of these brochures!
Jordan: On the off chance you actually decide to leave the house?
Me:  Not fair! I had to stay in the house, I hurt my eye!
Rach: Did you wear an eye patch?
Jordan: Aye.
(For 2 days, while wearing the patch for the hurt eye, I was constantly being greeted with “Hey Cap’t! Yo ho ho Hook! And peg leg jokes. And let’s not forget an email from Becky that said “We could play Marco Polo or learn how to read brail.”  Soooo supportive.) 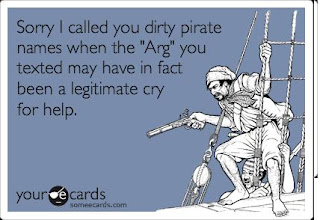 Luke (to me): Tufts, you don’t want that guy, he’s not very pure.
Jordan: Who ever said she was looking for someone pure?
Me: Luke.  Jen told me she had a dream about you performing a mash up of Phantom of the Opera and Pink Floyd.  She wanted me to tell you that you were brilliant.
Luke: Yea.  That wouldn’t happen.  The only cover we do is the Cure b/c it’s the only band we can agree on.
Me: I feel like you missed the point.
Me: I saw your floor today!
Luke: What were you doing looking at my stuff?
Jordan: It’s kind of hard for her not to see your stuff when it is piled up outside her door.
Me: And I need to literally push it out of the way to get out. 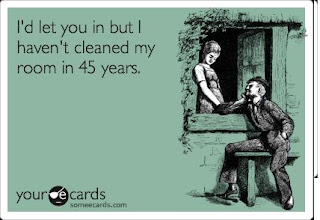 In other news, I watched four seasons of Dexter this week which might explain the lack of activity this week.  Also, this morning we went to the Pink Gorilla to get some VG controllers and SNES games—and grab some brunch with Rach only—I hadn’t had enough coffee and was a complete cranky witch (sorry!) until we got to portage bay café.  While we were waiting…
Luke: How do we know they are actually making our food?
Rach: We don’t.  And frankly, I don’t trust our waiter. 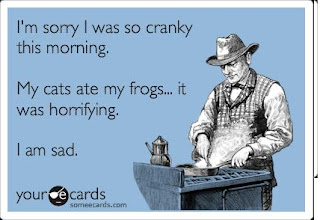 Bonus Via FB:
Me: I just pulled a muscle getting up off the couch.  Pretty sure this is The American Dream.
Mo: You can't pull something getting off the couch - that's like saying you can break your arm playing tag, oh wait, never mind
Me: IT WAS MAN HUNT!
Posted by skcorynaffit at 1:47 PM