Brigid is the Name

Technically, this was Halloween week, but I didn't get any trick or treaters.  We did get a pretty cool delivery of treats and sunstaches in the mail which I most definitely wore to every meeting.   Meanwhile, my mom wrapped full size candy wrapped in dollar bills - she got decidedly more trick or treaters than I got.

I think I've mentioned Laina's cat Tom Selleck. https://www.instagram.com/tom_selleck_the_cat/
Well, the real Tom Selleck found out about Cat Tom Selleck using his likeness live on TV, and it was awesome.

And then I voted for Hillary Clinton, full of hope and love for America right before I jumped on a flight to New York for Morgan's confirmation.  After my nap, I headed over to Sean & Stacey's where Sean decided to oh-so-amusingly engage in a political conversation with me (I suspect mostly to get a rise out of me.) That's when Morgan reminded me it was time to go to church.

When we returned from practicing how to walk with my right hand on her right shoulder, we went back to the house for some Penn State ice cream because Sean brought back 16 gallons.  My kind of guy.  He also dressed up as Elf with Stacey for Halloween.

Me: Did you do the Russian dance?
Sean: I tried, it was hard.  I fell down. I did the worm instead.
Stacey: Yeah, he really did.

I stayed longer than I probably should, but only because I thought maybe I could help in surprising Stacey.  Instead, Sean poured himself some iced coffee, and when Stacey asked what he was doing, he was all, "I need to go pick up Bailey from the airport."  This lead to a series of questions, where Sean and I answered honestly, but at the same time all of our answers sounded like we were joking.  Once it finally sunk in, Jackie exclaimed, "Oh man! I was going to sleep in her bed tonight - she would have killed me!"

I was (and still am!) genuinely honored that Morgan asked me to be her sponsor.  And I think it's super cool that she took the same name that I did - Brigid.  Patron Saint of Ireland, turned bathwater in to beer, and created butter out of thin air, pretty rad. When we got up to the alter, the Bishop said, "Brigid, Nice!" and definitely didn't say that to anyone else.

I put together a treasure hunt for Morgan to find her present with bible quotes that I asked Frita to write in script because his handwriting is way better, and Morgan doesn't know to read script so it had the added benefit of having to decode the clues.  I consider it a success that she both waited until a friend came to do the treasure hunt and that she wanted to put the matchy match bracelet on immediately.

Prior to leaving for Church, I put curlers in and they were super-hot so then my finger was really hurty.  When I mentioned this to my mother she was suddenly compelled to ask me who I thought was more like her, me or my sister.
Me: Me, of course!
Momela: Really? I think it's Maureen.
Me: Whoa, because I don't have asbestos hands like you...
Momela: Well you know when someone burns a bridge with Maureen and I, it's burned.
Me: Sure, but have you seen me plan for a trip?  Have you seen how I feel the need to set alarms for people and check bus schedules for them when they definitely never asked.

I brought this same conversation up when I got to Sean & Stacey's, and asked for additional opinions.

Stacey: You and Sean are doormats.
Me: Hey! Sean and I totally have more friends though. They might not show up when you need them, but they'll show up for a party... if it's convenient for them!

Jackie: You don't want to know what's going.  There is a chunk of wood downstairs!

I really did want to know though, so I walked down and the "chunk of wood" was a deconstructed table like you might put a train on.  We might need to work on Jackie-O's descriptions.

Mo: I need to be up at 6 to pick up my kids.
Sean: Just stay here and drink some beers until 4.

The following day, Sean & Morgan picked me up in Sean's new Jeep.  We grabbed some bagels at JV bagels on our way to see Kevin's football game.  When Sean got back into the car, instead of backing out of the spot he drove right over the grass & curb, like a suburban dad in need of off roading.   At the game, I said to Morgan, "Look, we're both wearing our school sweats!" to which she said, "Yup! Oh wait, hey!" when she realized I was wearing my Hogwarts pants.  After watching Kevin play (which seemed to consist of him running until someone knocked him to the ground.  Seriously, he was on the ground after every play - it was impressive in its consistency!) we walked over to see Maureen's high school claim to fame.

Before I knew it, it was time to fly back! 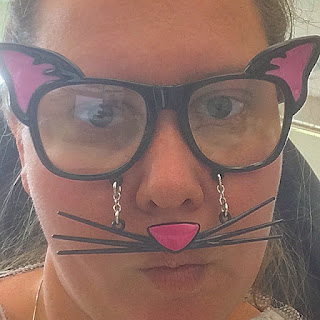 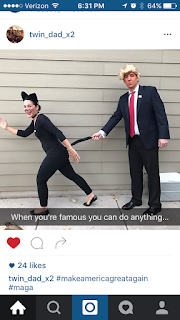 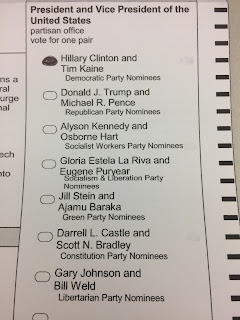 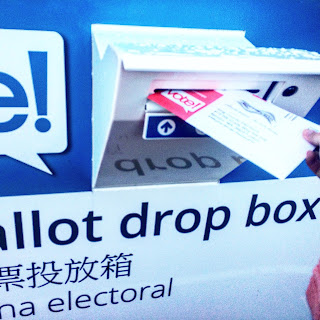 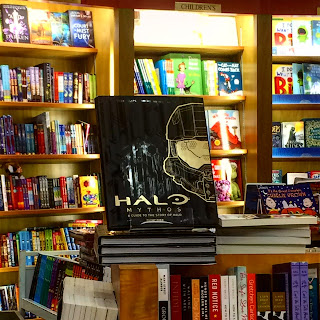 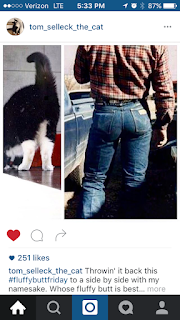 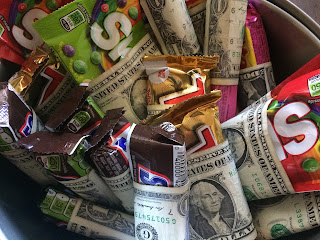 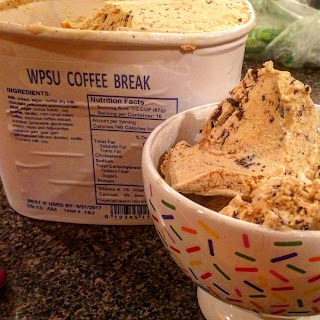 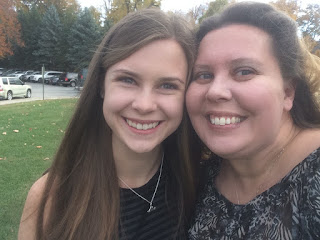 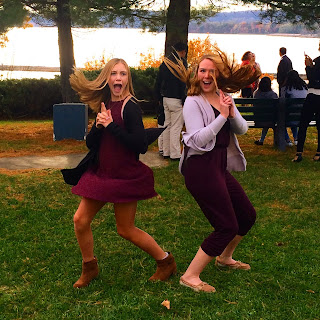 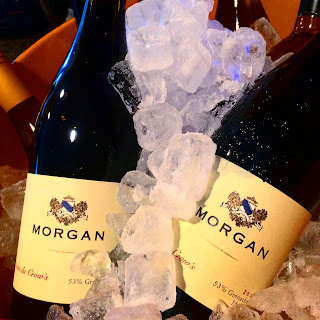 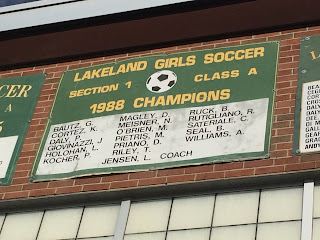 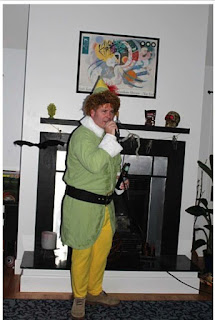 Posted by skcorynaffit at 11:10 AM