I can put your first born in my purse.

I sure hope I can give this week justice even though it's been forever since it happened.  Mostly, because what I do remember was laughing, a whole lot with my sister.  She's the funniest of them all.  But she didn't arrive until Tuesday night, so let's back it up to Monday.

Zach asked Kelly if she would help with a profile pic photo shoot.  Kelly suggested a picture by the gum wall.  Zach had other ideas. 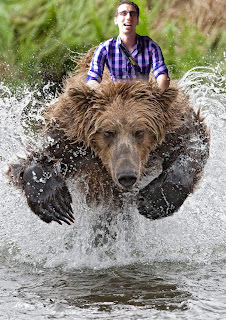 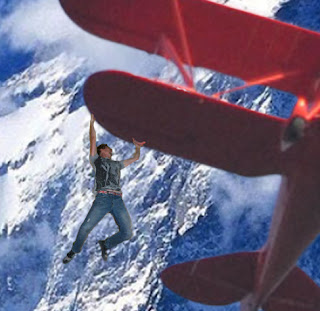 Originally, I wanted my sister to come out to Seattle so she could hang out with my new home.  I figured, 6 weeks after I bought it would be plenty of time for me to move in.  That was before I was introduced to the HOA from the depths of all that is evil.  I had to accept that she's only be able to see the partly finished version before she got here.  I moved on and decided to plan a little something for every single day so we had options, but not that we had to do everything on the list.  See, I'm growing!  My plan involved going to see Tangled at Marymoor with Becky and Jared.  That was until we got a better offer from Rach: Sounders tickets.   Our day was dog park, Blazin' Bagels, calling my laywer about the HOA problem, and then swim time.  We tried going in the kayaks, but I literally tipped us before we even got away from the shore.  Then Mo asked me to row as little as possible b/c she was afraid I was going to tip us again.  Meanwhile, Lucas was practically doing Yoga on the long board.   We went in the pool afterwards, and Maureen was the ultimate niece by helping Uncle Ray fix the waterfall.

Uncle Ray: Thanks.
Me: I didn't do anything. Well, I guess I did fly my sister in to help you - that's something.

Then we showered up, and went to meet Becky for drinks at the Malt and Vine.  We were talking about the HOA/condo sitch, and how worried I am about my neighbors not liking me before I moved in.  Mo and Becky told me to just put some lawn chairs out front, drink some beers, throw the cans on the ground, and really live it up.  And when people ask, just say, hey, I tried to improve the value of the place, but you didn't like that direction. And I don't plan on moving for a long while.

I also mentioned that we were going to go over to see the condo the next day, and that I could see Maureen sticking up for me while we're there.
Mo: Just say, "I'm not going to take it, seriously but if my sister sees you on the street she's going to kick you *ss.
Becky: Yeah! West side story that sh*t!

Then Becky told us about a crazy neighbor lady who, was going to the bathroom on other people's lawn.  And when it started to be a real problem, she spoke up.
Becky: She was basically like "I'll claim that sh*t!
Me: Literally.

Maureen's eldest, Patrick, is an alter boy so he a lot of masses he has to attend.
Mo: Just the other morning, he was in bed and I heard him call out, "When's my funeral mom?" So I told him at 11.  That's not disturbing at all.

We left Becky to drop the pups off at home and then head over to the Sounders game.   We stopped at the "Little Store."  That's actually the name of it.  We picked up a couple of energy drinks and some Rainer beer (because I told Mo that was a local beer - I mean it is, but it's not our finest brew) and put that all in the cooler we pre-packed with ice.  When we got to the stadium, we got rock star parking, like right next to the hot dog stands.  It was amazing.  I put the top down, put Salt-N-Pepa Pandora on, and "tailgated."   After a couple of beers, we were ready for the game! 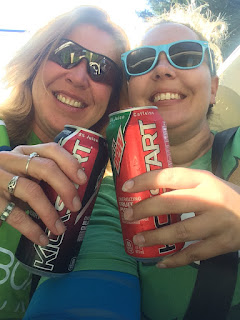 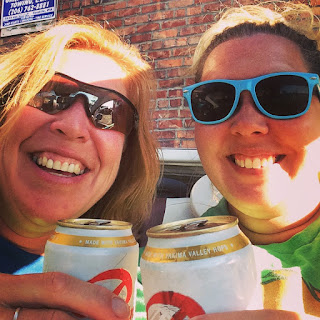 Me: Can you put my keys in your purse?
Mo: I can put your first born in my purse.

I got a new Sounders shirt (Mo was wearing my jersey, because yeah, I own a jersey.)  We got another beer and headed to our seats.  Did I mention that we got the tickets from Dr. Rach? And that she has season tickets? So we were like 5th from the field?  Yeah well I didn't tell Mo either.  As we were walking further and further down the stairs, Maureen stopped to say, "ARE YOU FREAKIN KIDDING ME RIGHT NOW!? WE CAN FEEL THEIR SWEAT FROM HERE!!"

Other comments included, "This is closer then I get to sit at my kid games." "I can't believe we were out in the car drinking instead of watching them practice!" And to other people around us, who also have season tickets, "Can you believe how close we are? This is awesome!"  And, "Did you know churros with an o means diarrhea?" Okay that last one was not related to the others, but it was said.

At half time we went back to get some garlic fries.  While we were in line, we were "joking" with some ppl in the other line about seeing if we got to the front first because one of their friends was in our line.  When they started winning, Mo, hilariously whispered, "Where's my gun?" and then when they actually won, "That's it, let's break his limbs." That escalated quickly.

And then the Sounders won in overtime and it was incredible, and we got out super quick because of our great parking.

Lucas: These are so good take one take one!! They basically taste like msg, salt and stick.
Me: Yum!

The following day, we drove to city hall, and Mo helped me get everything that I needed from the city for my place.  It was really awesome having her here because I was a percentage of paranoid and scared, and she was able to listen with a reasonable ear and understand that they were actually being incredibly helpful.  After a really successful trip, we picked up Lucas and go grocery shop.  See, Kevin decided he wants to be vegetarian, but he hates vegetables.  We vowed to teach Mo 5 new recipes that didn't look like vegetables but were actually really good for him.  So we made Dr. Rach's butternut squash soup, garlic mashed cauliflower and these vegetable filled, Indian version of empanadas (obviously I can't remember the name.) Everything was delish, and then we watched Twilight.

(Mo is notorious for inserting songs if she hears you say part of a lyric.)

Later, when someone had spilled part of their drink.
Mo: See now if you had printed more coasters.
Lucas: Posters
Mo: Coasters

He left one on the counter for Mo to see: 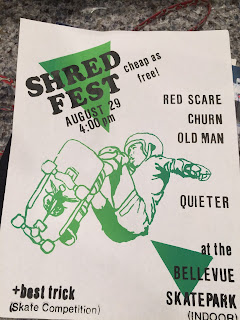 Thursday evening, we went to Trivia at Norm's because that's a thing I do.  We met up with Matty and Zach there.  The company was great, our answers to trivia were not.  (It was the announcers anniversary and so he basically did trivia about him and things that he likes, like what is my favorite beer.)

On Friday, we went to the park again and then I had to go to work for a meeting.  I set Mo up to play Halo for the first time, (She said it made her sick so she ended up just doodling at my desk and shooting some BOOMco blasters at the wall.)  I introduced her to some of the people I like at work, and then we went to lunch down by the lake with Corrinne and her friend.  After that, we took a quick trip to Pike Place to pick up shrimp (it was pretty crowded, so that's basically all we did.) When we got back to the house, we ended up going in the pool and talking to Uncle Ray which was really lovely.  Then I took her to Crossroads for dinner (fancy!) and then we watched another Twilight movie (all throughout the movies, the dad, Charlie, drinks Rainer, BTW.) 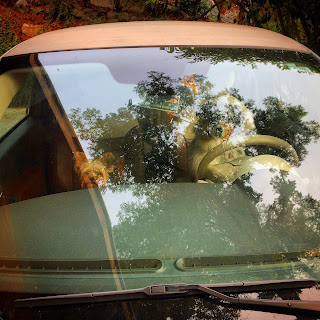 On Saturday morning, we met my cousin Raymond and Michele at the dog park and then grabbed some blazin' bagels.  Oddly, I never go to BB, but I went twice while Mo was here, and they were delicious.   When we got back to the house, Dawne and Jordan had gotten home, and the plan was to have a bunch of people over for a BBQ.  Some of my favorite people were able to come, Dr. Rach even brought Anderson for his very first swim!  Percy showed everyone what a good swimmer boy he is. Diana and Jason showed off how adorable Harper is.  Kelly brought a couple friends over.

Kelly (to Mo): These are my really good friend, Tony and....

We played Zach's Monster game, and I'm pretty sure Matty and Mo were ganging up on all of us, but Tony won anyway.

Sunday, I gave Mo our "50 things to do in Seattle" cards, and she choose a couple of hikes, many of which I had never gone on.  We took a couple of walks, Mo found a couple new trees (She's freakishly good at identifying trees.)  Percy, at one point, was trotting along, and when he saw a algae covered lake, he didn't recognize the algae and ran full force into the water without hesitation.  He was not happy about the surprise and ended up trying to dry off on the wood chips.  Perfect.  Then we met up with Dawne, Jordan, Marc, & Lynn at the park.  After, we met up with Allie at the house, swam, and then Mo and I snuck off to the relaxation station.  When I asked her what time it was, I totally didn't believe her because no way time had gone that fast.   That's how this whole week seemed to go.   Sunday evening I had booked the Whirlyball court.  I have never to gone, so a mini TNTC meeting was had sans dictator, Kelly. It's basically bumper cars meet lacrosse meets basketball.

Becky: Like I need one more thing to suck at!

Becky: This is the funnest way to get whiplash!

I had so much fun, I can't even describe it!  Although, I had managed to get some serious bruises, lucky I guess! After, we decided to grab some dinner and the folks at Whirlyball told us the best place in town was a food truck.

Matty: Whatchyagwt?
Me: A dilla
Matty: Just in ques?

Mo was telling us a TBT of sorts, in that Kevin, when he was a baby, got caught in his crib and yelled, "I'm stuck!!"
Mo: No one wants to hear that those were your kids first words.

And there ya go- that was my awesome amazing week with my sis! 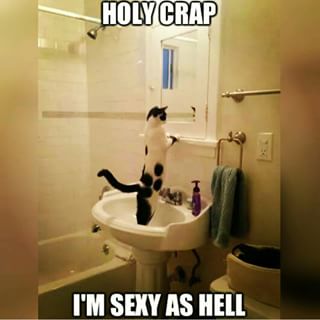 Posted by skcorynaffit at 10:06 PM