Boy has it been a while.  To be fair only 5 of the 12 weeks we're cray cray, but the others were more recovery and random and procrastination.  I'm hoping that means it's super easy to give you updates!

After an incredibly long, and gorgeous Seattle Summer in which Percy seemed to be swimming an average of 2 hours a day in the pool, Percy was one big matted knot.  Dawne and I tried to help the little guy by cutting the knots out, but realized quite quickly that this was a job for a professional.  When he got back from Tessalon, Tess told me that Percy's hair had become green from the chlorine.  Now that's some dedicated swimming.

Then we brought Nala and Casper to get groomed and ultimately only Nala ended up looking normal and that's only b/c we strictly asked that she not get a haircut. 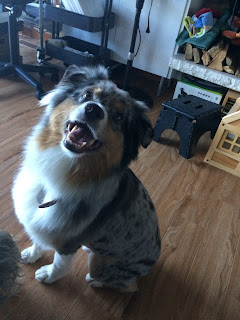 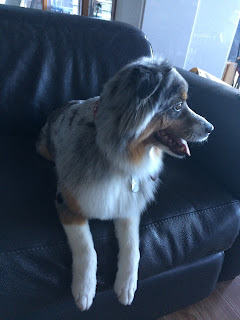 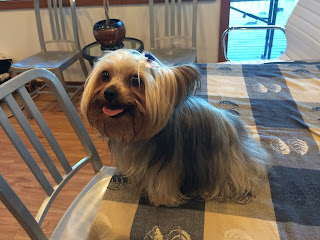 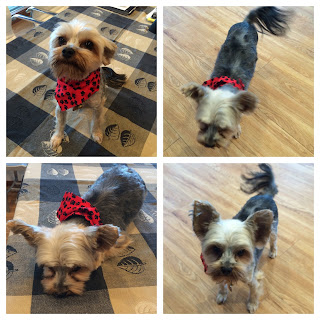 Reminds me of Ryan. Figurine

Co-worker Ryan: How do you did they do this?
Co-worker 2: Technology - maybe you've heard of it.

This was the week that Zach and I powered through a couple of seasons of Orphan Black, as we do.  Deep into the second seasons and a particularly critical moment, Zach sighed and said, "Ah cults."

This was also the week that finally, after much litigious debate, I was able to start working again on my condo.  We made some pretty good progress, I think.  And every time I got stressed out about the hassle, I thought about this tile and felt a lot better.  I thought before we put the baseboard on, that maybe I should try to run over and try to paint a bit.  Dr. Rach said she'd help, but when we got there, it really wasn't time to paint so we did a little of the inside of my future pantry (only to realize later that they totally weren't even done with that.) And then we both went home.  It was still nice to see her! 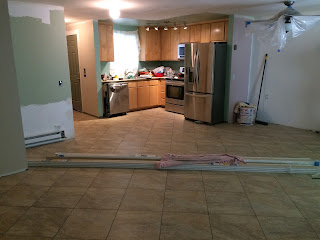 Sunday, I got up, took Nala and Percy with me in the heavy rain and walked for wishes with my co-workers.  The pups were troopers in their rain gear, but I can't say they were happy about it. 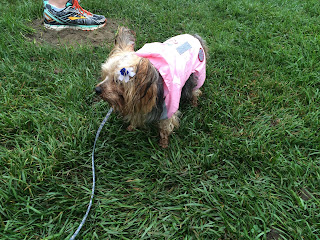 Later that evening, I headed over to Shana's for a little BBQ to say farewell to her parents.  It was really a lovely evening all the 4 F's (Fun, Friends, Food  & Fellowship!)

Posted by skcorynaffit at 7:04 PM