I was over at Zach's to play some games. (Mind you all of the games we're designed by Zach.  When we were done with three of them, I naturally gave him a hard time about not having designed more games to play.)

Tristan: I broke a bowl this morning.
Me: How?
Tristan: I was just holding it and I guess I held it too hard because it broke.
Me: Are you superman?

I asked Zach if he wanted to take Percy for a couple of days a week until I move offices because Percy's daycare adds 45 minutes each way to my commute.
Zach: I'm still getting the vomit out of my car from the last time.  To be fair, he tried to get on my coat.

Me: I got ID'ed today at the grocery store!
Zach: Remember when grandpa got ID'd and the guy behind him in line said, "I don't even know that guy and I'll vouch for him."

Also, when Zach was around 15 or 16, Matty, Kathi and I went to the grocery store and we picked up a 6 pack of beer.  The woman at the store refused to sell it to us, because we had Zach with us.  I was so angry.  Even though it would have been physically impossible, I started saying, "Really? What if he was my son? Do you not allow parents to buy alcohol because didn't abandon their toddles in the car, too!?" Yeah, I left sans alcohol that day, but I will never forget.

I was talking to my dad the other day and we were talking about pedestrians and cars.
Frita: Or as my mother would say, "What is an old person doing crossing the road?"
Ah, I miss Nana. :)

I'm trying to get used to having a kitchen table... but the jury is still out. 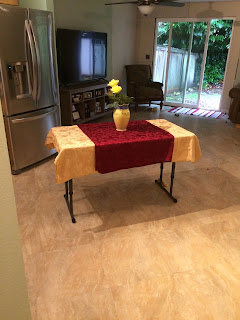 I went over to Kelly's on Friday and Maggie came out with her new pup.  Percy was kind of a pretentious jerk.  It was almost as if he knew that the other pups wanted to play with so he was playing hard to get.   Later, Kelly brought out the treats to show off Piper's new trick (she can keep a treat on her nose until she is told it's okay to eat.)  Now, normally, Percy turns his nose up at anything Kelly offers, but this time he totally took the treat.

Me: Hey! You didn't make him do a trick!
Kelly: Nope.  Here's a treat for eating a treat. 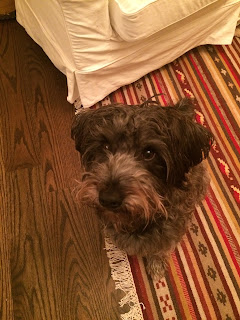 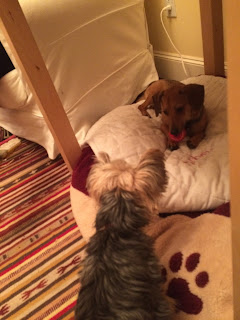 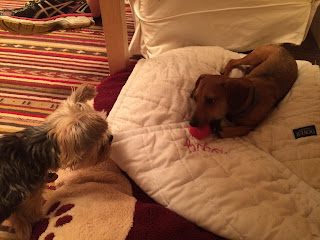 The following day I met Kelly and Maggie at the park, and then later that evening we went for dinner and drinks.   Kelly's friend Tony just moved into town and his friend had told him about this great friend and shared his contact info.  Naturally, he texted him when he arrived.  He conversation went like this:

Tony: I hear that you'd help with a body
Friend: Sorry that isn't a service I provide
Tony: My bad

Okay, so maybe I should have mentioned that there was no preamble and the guy didn't have Tony's contact info saved in his phone.

Then we went to the Sunset for drinks.
Tony: If I woke up here every Saturday I wouldn't be upset about it.

Plus the tables were fun. 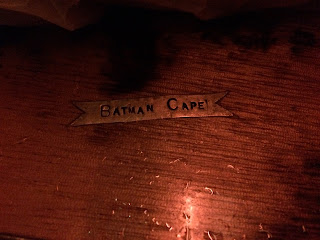 The following morning, we went to the Unicorn for Mimosas with Mama.  I was a little chilly when I got there so Kelly gave me her hat.

Maggie: I only say yolo when it refers to something that is going into my mouth.

Mama to Tony: I didn't see you back here mother*cker.

Mama also gave this beautiful speech in the morning (the night before was the tragedy in France) and I just thought it was really sweet and involuntarily I started tearing up.
Tony: Are you okay?
Me: I think I'm going to cry!

Kelly: We need to make this a quarterly event! 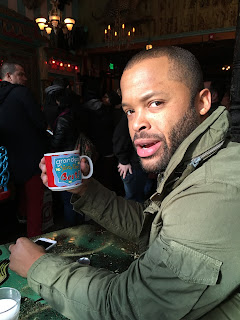 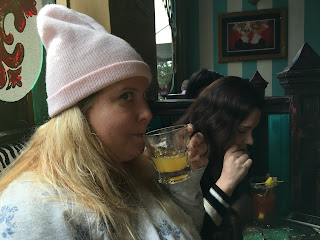 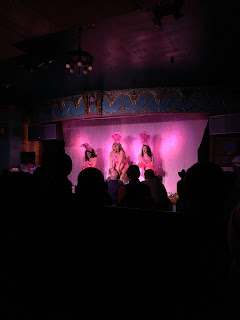 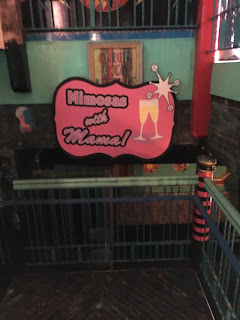 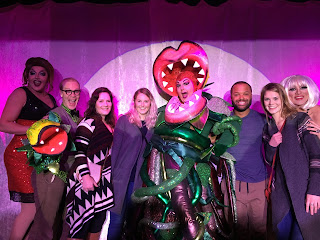 Then after that I had to run home so I could meet Becky for round two of fun.  We headed to Purple and got a flight of wine and a delicious dinner.  When Becky went to order another drink, and it was a little pricey, the waiter wanted to make sure she knew how pricey it was.

Becky: That's fine.
Waiter: Okay heiress.
Becky: Trophy Wife actually.
Waiter: I applied for that once but I didn't get it.

Sometimes Becky actually writes down "Trophy Wife" when forms ask for profession.  Then she waits and when the person doesn't laugh she says, "Ha! You didn't read it!" 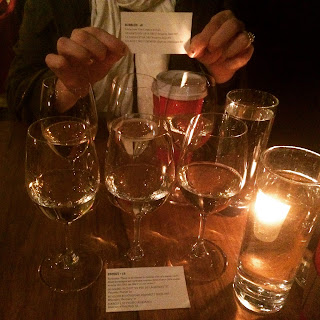 We wrapped up the week with an awesome evening of David Sedaris where I laughed so hard it hurt - the best kind of hurt.

Posted by skcorynaffit at 3:39 PM