I came home on Monday, went directly to work from the airport, hiding Percy as best I could.  After work, I ran back to the brown house to pick up a couple of things that I had left there (which is also when Percy noticed that Casper & Nala were gone.) Then I packed and spent my very first night at my new home.  I was so excited about making my first cup of coffee and enjoying it while Percy played in his hard.  That's when I realized I bought decaf instead of regular and said forget this and went to Starbucks.  I dropped Percy off with Zach, went to work for a couple of hours and then left for Mexico City. 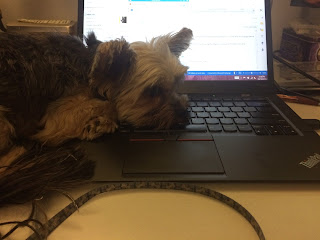 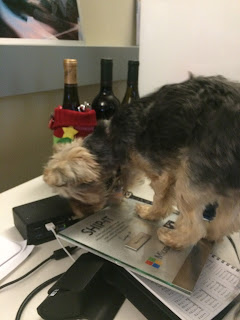 (That’s Percy, on my first Ship Award… for Windows 10, ha ha! And bottles of wine that have been there since last Christmas…)

I think the turmoil of all the above events paired with the fact that I left Percy for a couple of days the week before left my pup in turmoil.  At least that's my explanation for why he had an accident on Zach's floor moments after I dropped him off and then again moments after he walked into his office with them.  He also apparently vomited, a lot, on quote "everything Zach owned."  I thought that might actually be a good sign because that meant he was eating, but Zach said that was not the case and he had no idea how he was throwing up with nothing in his stomach. 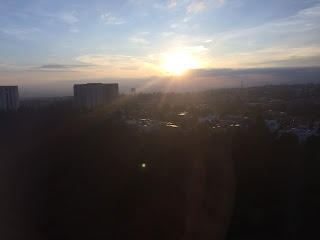 So, Mexico City.  I got down there and saw a sign for our game and immediately, and ignorantly said, "Hey look! Halo Cinco Guardians!"  Oh! Guess what, people down there actually told me that my accent was excellent. Mind you, I only said the things I knew I could say without embarrassing myself, but still, I was feeling muy muy bien.

We were in traffic at one point, and there were lots of people walking around selling things in between the cars.  Now, I totally understand chips and drinks, but one guy was selling world maps.  Not atlases, world maps.  I can't even think of many reasons outside of a classroom setting that someone would want to buy a world map.  Now imagine sitting in a car, in traffic, and you're all, "I wish I was anywhere but here... but where would I really want to be, though? If only I had a world map..." and then BAM! There's that guy, at your service.

So we spent on day doing store checks, and it was pretty fun, not going to lie.  My absolute favorite moment though, was when I saw Chief and Locke action figures and these three little girls around 8-9-11 grabbed the Halo action figures and proceeded to jump up and down giggling before the ran down the aisle to find out how much they were.  Awesome. 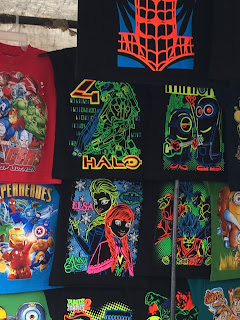 Me: So, do red stop lights mean something else here?
Silvia: What do you mean?
Me: Well you, and everyone else on this street drove through that red light.
Silvia: No, that one, no it doesn't make sense.
Me: So everyone collectively has decided to ignore that one?
Silvia: Yes.
Me: So you're saying they are more like... guidelines.

I mentioned the story later at dinner, and someone else responded with, "Oh yeah, I have three of those on my way to work." 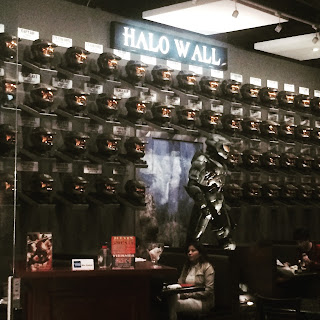 James: Does anyone have gum?
Joe: I have gum, but it's loose in my pocket.
James: So, pocket gum.
Joe: Yes - so do you want some?

James, at the airport, when a store opened: "Oh sh*t! I need to to get something from La Martina now that they're open!
(Maybe I only thought that was funny because it was like 5 am...) 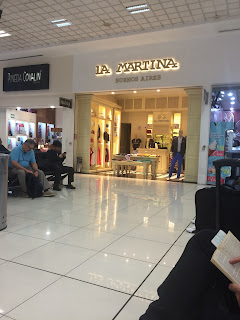 Remember when Zach had that friend in college who did that awesome Disney youtube video? Nick Pitera?  Well, I totally heard him on the radio on my way home from the airport. 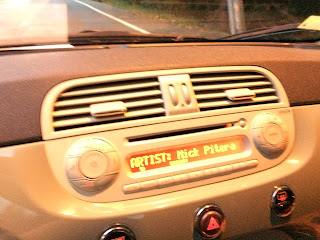 That weekend, I spent settling in.   So, let me just show you this picture of Mo, wearing a costume that I own. 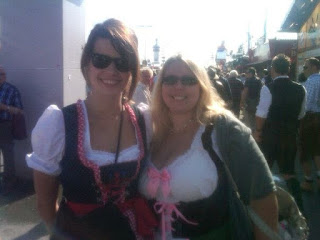 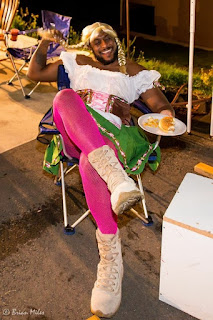 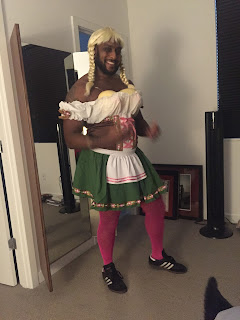 Posted by skcorynaffit at 10:25 PM