My throat hurts from all the wahoos.

Move in Day! Uhaul and I got real friendly as I made some trips on my own during the day before getting a bigger truck in the evening.  That's when my hero's Mo (of Laina & Mo), Raymond & Jason came to help move the big out of the storage unit.  At one point during the day, I got hungry so I stopped to see what Dawne was doing.

Dawne: Let's go see if my mom has snacks.

And we did.  Really, we had to, because neither of us had gone shopping in weeks, and both of us was moving out that week (me to my new place and Dawne to LA for 6 months) so there was no point in going shopping.  Now, Aunt Pat was also leaving for 6 months, but luckily, she still always has snacks. This we popped down to the blue house for apple sauce and fruit cups before we had to go back to work.

Later, the last thing we put into the truck was the pig. I don't know if I told you this story before, but years ago Sean bought Stacey this iron pig bench for her birthday (when she really wanted a bird feeder.) Unbeknownst to them, Dawne & Jordan, on the other side of the country, bought the same iron pig bench - only theirs was longer.  When Dawne sold the yellow house to move into the brown house, she joked about having to swap pigs with Sean.  Obviously, I couldn't let this pig be given to good will so, I brought it with me to my new digs.

Me: Wait! We forgot the pig!
Raymond: No worries, but we should probably wrap it up.
Jason: Ha ha, now it's a pig in a blanket! 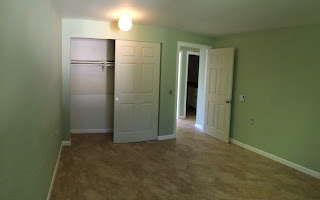 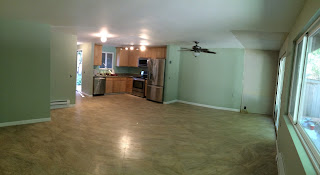 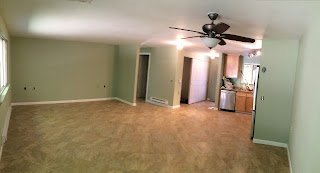 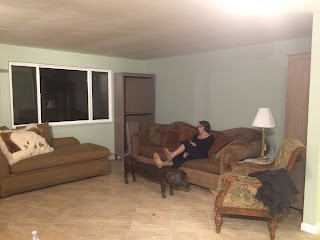 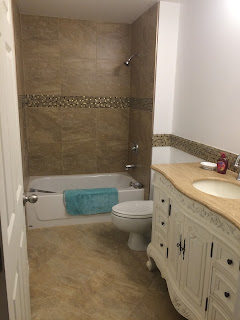 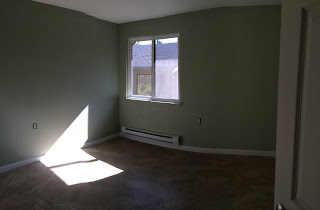 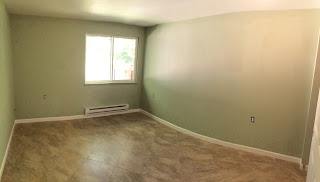 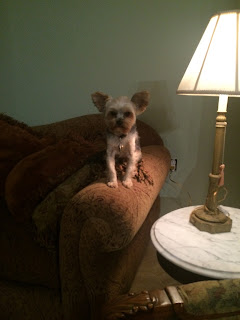 I didn't move out right away because I had to fly to LA, and Dawne was going to watch Percy for the day, so I stayed a couple of days.  The hitch was I no longer had a bed, so I had a little sleepover in Luke's room. 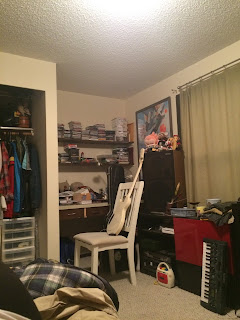 Wednesday was Aunt Pat & Uncle Ray's last day in town, so Zach asked if they wanted to grab dinner.  They (not surprisingly) chose Taco Bell.  Now, when everyone realized it was their last night, we proceeded to invite ourselves to dinner, so it was a full house.

Elizabeth: What is that?
Zach: I don't know but it was less than 10 dollars.

Zach & Tristin downloaded this app called "Eat this" where you fill out what you want to accomplish and it tells you what to buy each week and then what to cook with the groceries.
Me: So what did you tell it you wanted?
Zach: Cheap, Muscle mass, no activity.

The next day, I flew down to LA to see visit Mattel.  I can't legally tell you much about it, but I can say that I added a couple of items to my Christmas wish list.  One of the rooms was filled with games, and when I entered I exclaimed quite loudly, "SKIP-BO! I LOVE SKIP-BO!"  As I turned the corner everyone looked me with surprise and one said, "We've just never had anyone that enthusiastic about Skip-Bo."  Well that's surprising, because it is a really great game.  I also picked up a magic 8 ball and asked it a question and then put it down. I was then asked, "what did you ask?" to which I huffed, slammed down the ball and said, "Ugh! I can't tell you that! Don't you know your own toys!"  Not sure if they are going to ask me back, to be honest.

When I got back that night, my co-worker and I drove right from the airport to the ship party.  First, I picked up two 5 hour energy drinks, saying to my co-worker, "No pressure, but I bought you one too just in case you needed it."  Turns out, I might be the best boss ever.  :P The next day he said, "I can't believe you didn't expense the five hour energy drinks."

Me: I hurt my finger... on that sandwich.
Angel: On what?
Me: That sandwich!

Now, I'm pretty sure that Angel thought I was drunk (which I was a little) but I really did burn my finger on a slider because the bottom burned and when I touched it I got a little blister that hurt even the next day.  That's talent, people.

I have a note here saying, "We can invite all the international people" which frankly seems a little weird - maybe one of you can explain that to me one day?

I went up someone in upper management at the bar...

Me: Okay, this is a secret, are you ready for it?
K: Yes.
Me: My secret crush is here.
K: Who
(I pointed)
K: You should say something.
Me: I already did! I said, "Hey! I've emailed you!" and that's why I'm single.
James: What are you guys talking about.
Me: I'm telling K about my secret crush.
K: I thought this was a moment!
Me: Well now it's a Triangle of trust. (Then I pointed him out to James.)
James: I'm just as good looking as him.
K & Me: Hahaha Nope.

Kelly drove me home, which was awesome.  The next morning, I was back at work bright and early.  I also noticed that everyone that closed the bar with us was also at work early, while many of the people who only stayed an hour or so took the following day off.  Hmmmm

Angel: You made it!
Me: My throat hurts from all the wahoos.

Oh yeah, I forgot to tell you.  I kept yelling "Wahoo! You did it!" and then gave everyone high five's. Sometimes I did this because I was just happy and hopped up on 5 hour energy drink and sometimes because I wanted to get through a crowded room and that forced everyone to make a pathway so that they could give me high fives.

Also the next day:

Me: I'm sorry I called you a hufflepuff. You're more of a Slytherin.
Tony: Omg! I just remembered that I put your badge down my pants.

Oh yeah, I saw this bar and it reminded me of when Sean said he wanted to open a bar in State College called, "The Library." 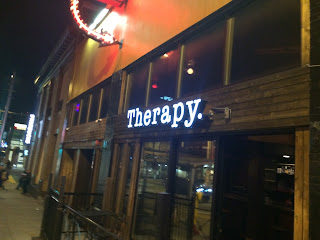 On Friday evening, I went to the Polish Cultural Club for pierogis with Kelly and friends.  It's a cash only type place, so when we went to the bar, we all had cash in hand.
Me: I'm taking these ones in case I'm ever in Cambodia again.
Kelly: Haha - Hannah didn't get that joke.

Saturday, I went over to my new place and put up a shower curtain and made my bed up and all of those crucial things one needs to do in order to actually live in a place.   And then, I flew to NY! I'm going to put Sunday in with the next update.  I am going to take this time to tell you that Kelly went hiking with friends on Sunday and while she was parked for 15 min to take in a beautiful Washington view and in that brief time, someone smashed the back window of her car and grabbed their back packs.  Probably more heroin addicts... 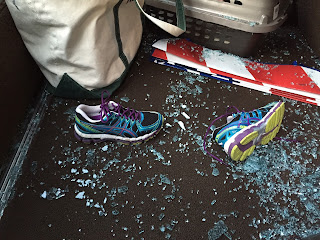 Posted by skcorynaffit at 8:24 PM