Not Apple Picking is My Favorite

I found a bunch of old photos and had a really great time looking at all of them.

Maureen: Sean ruins everything.
Sean: Maureen was probably stepping on my foot. 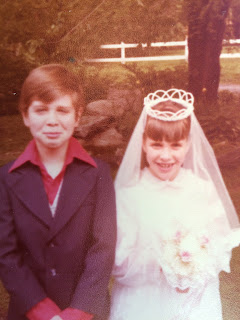 I went apple picking with Briana and Austin. Only, we didn't pick any apples, but we DID get donuts. 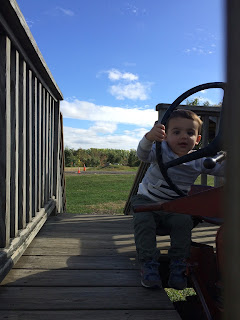 I also met up with Evivova for dinner, which was also better than apple picking.

Before I knew it, had to go into the city for work and the first thing I saw when I arrived downtown was Halo 5 in Times Square.  I posted a picture of this on facebook, and that's how I found out that James and Liz were also attending NYCC and so we actually got to meet up a bit! 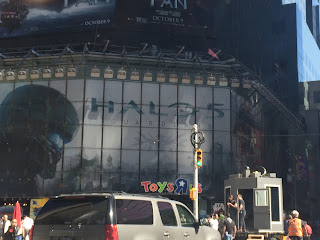 I had packed the couple of days in the city with lots of meetings, so I'll skip that boring bit.  Skipping to hanging out with Sean at the NYSE where we attended the Shave for a Cure event.  Super fun, plus I got to go behind desks where I would have never been allowed before.  Sean enjoyed introducing me by saying, "This is my sister.  She's here for NYCC for work.  I told her to dress in work attire so I was expecting her to show up dressed as Superman."  I would have preferred that actually. 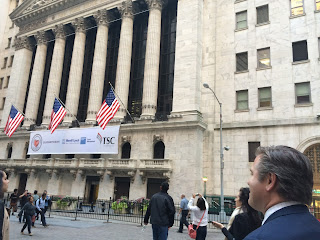 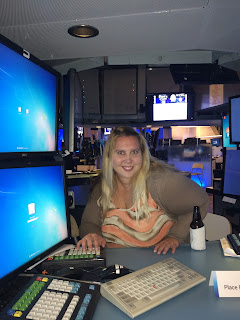 The following morning, I met up with my Art Director, feeling a little um, dehydrated.  I managed to rally though.   Walking around with my AD was pretty cool because random people recognized him and asked him for autographs and not just when we were scheduled to. 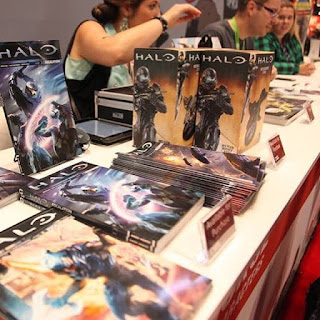 The following evening one of my partners had a party, and I brought my sister as a guest which made the evening 100x more fun.  Towards the end of the night Maureen fought over some toys, but don't worry, she won.  On our way back from the party, loaded up with loot, we were in the cab when my AD pointed out a guy with his rear end showing.  This is when Maureen elegantly responded with, "Put that crack a** away!"

The next morning, we woke up early and took the train home, some parts of NY are really swell. 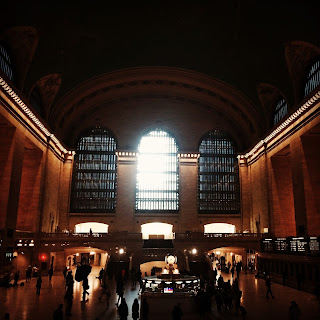 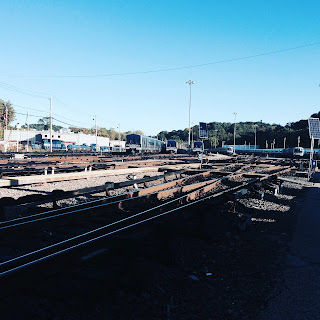 When we got back to the house, I invited Kevin over to play with me and we tried making these Metal Earth puzzles.  They were way harder than I ever thought they would be, but I did end up making a pretty sweet Empire State Building.  That evening, everyone came over to my parent's house to celebrate Pat and Stacey's birthday.  My mom made an A - Mazing dinner - so good. 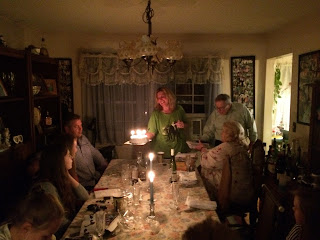 Jackie: This is the first time he's let me pet him. 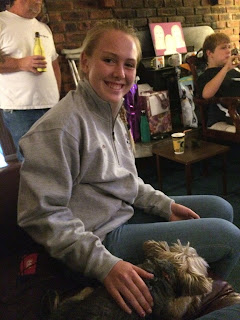 Kevin had come home from a game with a twisted ankle and Jackie has knee problems and apparently Morgan also hurt herself.  When I asked which of the many sports she hurt herself playing, Jackie replied, "She tripped watching me play."

I handed all my nieces and nephews Mega bloks to play, only I don't think my nieces have ever tried to put something like that together before and all of a sudden I was feeling like I failed them as an aunt.  Then we played some Telestrations.  My favorite part of evening was when Morgan wrote, "Jackie on a bad hair day" and then proceeded to draw a clown. 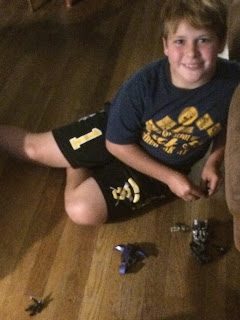 Sadly, Percy got two ticks while we were in town.  The first one, we tried putting dish soap and mayo on it to get it out, and it worked pretty well.  (The soap didn't, but it did make it easier to clean the Mayo off.)  The second one didn't go quite as well - super frowny face.

Maureen's roommate from college, Lisa and her family came up to visit.  We were going to go pumpkin and apple picking but then it was super crowded so we turned around and went to Costco.

Kyle: Can I plant a pumpkin seed or two?
Maureen: You can plant 17 seeds.

Posted by skcorynaffit at 9:35 PM