This was the week I switched it up and went to Dallas for work.  We stayed in a hotel that had made all the rooms look like NY lofts, which was pretty rad.  Plus, there was a swing in the lobby.  The trip felt very successful.  The partner I was meeting with said that they always get sandwiches and salads for lunch when people come to visit.  Even when my boss and stopped by a month before, he had sandwiches and salads.  But when I came to visit, they got fried chicken.  I took that as a compliment because obviously they felt like they were comfortable enough with me to eat a food that you have to rip apart with your hands and teeth.  One of the guys there said that they always bring first dates to fried chicken because it says a lot about a girl.  I hope I passed the “first date” test! 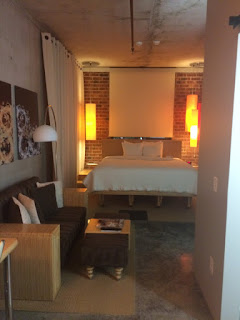 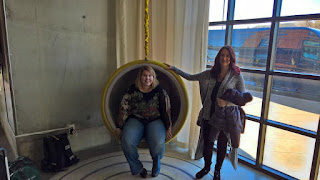 Lucas had a pretty rough week because he broke up with his girlfriend so all weekend we were in operation cheer up mode.  Apparently, to Lucas, that means watching a lot of movies.  Zach came over for dinner when we made meatless tacos (and then was surprised when there was no meat.)  I told Zach that Luke was going through his, “I’m going into the film business” phase.  Zach agreed, as many of the movies were the same ones I watched with Zach when he was going through the same phase.  He separated them into classic and actually good movies.  We watched One Flew Over the Cuckoo’s Nest, Godfather, Mr. Smith Goes to Town, and Close Encounters of the Third Kind – you know, the usual.  Percy was less than impressed. 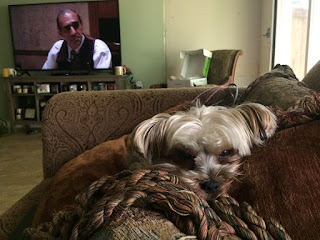