On Monday, I contacted my cousins and asked if anyone was in the mood for some Taco Bell with extra sauce and Texas Walker Ranger (favorites of Uncle Ray.)  I even bought a ceremonial Budweiser (that is still in my fridge btw.)

Lucas ended up getting to my place last (even though he’s the one that suggested the early gathering time.)  He did show up with Taco Bell, so we forgave him
Matty: Give him a break; he did drive to the border. 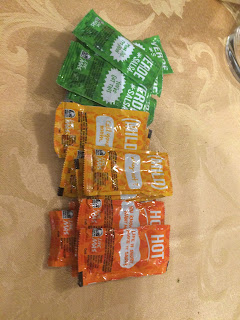 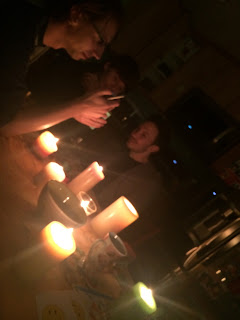 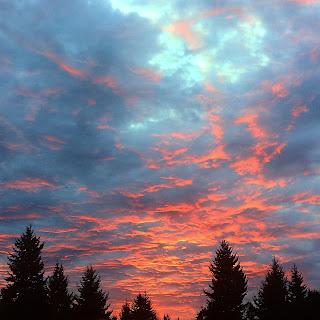 We played some game from the Jane Austin books using the sauces as ante.  And I think the loser now has to vote for Trump, now that Uncle isn’t here to vote.  We also lit candles, and shared memories.  He would have hated that, but I think it was lovely.

This convo happened too… and because it says it’s funny, maybe you’ll think it is, even though I have long since lost context.
Gluten free
Chips and salsa
you already made that joke
still funny

I had breakfast with Becky at the Redmond Pancake house – which is good, but not nearly as good as the Original Pancake house.  And then I had another last minute trip down to LA.  I asked Zach to watch Percy, and he brought him to class.  I told him he could leave him at his apartment, but Zach just told me, “You know he doesn’t like that.” 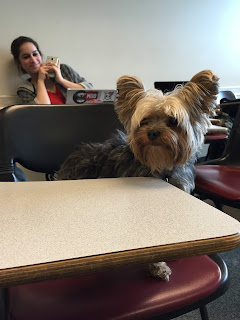 I also made arrangements to meet my parents and sister in Chicago on Saturday.  Before we left, I made an appointment to have Percy groomed.  I gave them a picture and everything.  They proceeded to call me three times to tell me they couldn’t do what I wanted.  The conversations went a little like this.

Me: I need you to shave his body, and leave his hair on his legs long.
Them: But he’s super matted. How often do you bathe him?
Me: I usually groom him every 4 weeks, but he went to long beach and played in the ocean and sand for two weeks and now he’s a mess.
Them: Well, I can’t leave his legs long.
Me: I need you to leave them long, because we are going to Chicago this weekend and I don’t want him to be cold.
Them: Well isn’t he the world traveler
(I didn’t have the heart to tell them that he actually went to Long Beach without me.)

The third call went more like me on the verge of tears begging them to do what I asked before I have a mental breakdown because we have to go to a funeral in Chicago and I just can’t deal with this.  That conversation finally got what I needed. 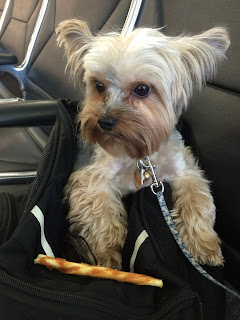 On Saturday, I met up with Zach, Kelly and Tom at the park.  Kelly tried to get Piper’s attention.
Zach: No one can compete with a good piece of ass. Even with treats.

Sunday was Valentine’s day, so after church we went to this darling little place for brunch.

Aunt Mo: remember when you were little and you had to be my valentine and you hated it as much as I did?

And then we stopped at Jewel to get some food and “Hockey Sticks.”

Mo: I did say if anyone gets hurt they all have to come in
Me: aka “mom says we can't come in until someone gets hurt!”

Mo was also adamantly calling these "hockey sticks" that "I guess you could use for lacrosse if you used your imagination". 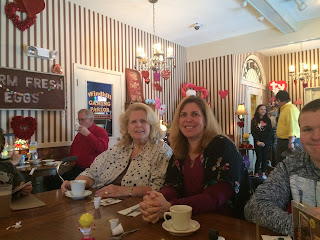 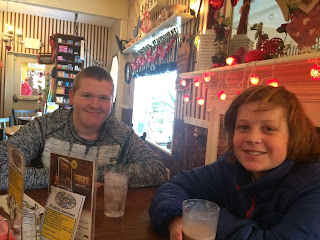 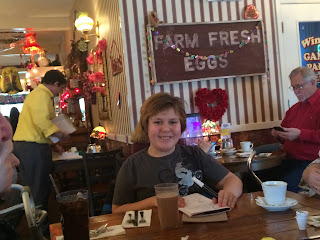 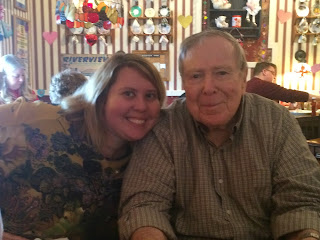 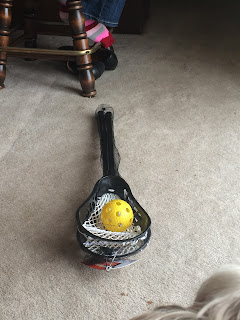 More about Chicago soon – but in the meantime here’s a gem from Becky.

Becky: I dyed my hair right before I came. It was bad, many grays.  So bad that Jared even asked me about it.  I know what he meant, but I game him crap about it anyway.
Lauren: He has a trophy wife, but didn’t realize that he took silver!

Posted by skcorynaffit at 7:11 PM