What I remember about this week is that I had a panic attack at work because apparently I am not the cool and calm adult that I thought I had finally become.  Unfortunately, I blamed myself for the majority of it, which made for a great start.  Then, there was a last minute trip down to San Diego that I definitely almost missed because I was chatting with a co-worker.  But it was nice to have 30 minutes in the sun on the way to and from my meeting.  I even took a picture of the parking lot as proof that I was there. 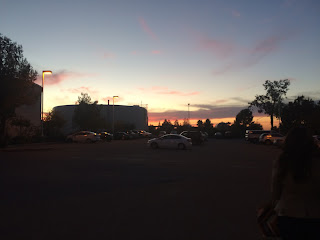 My friend Jen posted this on FB and it made me laugh so...
"Time for my favorite part of the evening:  Time when I spend 1.5 hours cooking, 20 minutes dragging everyone to the table, 15 telling them to stop throwing food on the floor and hitting each other and another 45 minutes sweeping up all the dinner they didn't eat.  Motherhood truly is a beautiful thing..."

I also found out, while talking to my doctor, that I did need Malaria pills for the trip.  When I told the rest of the group:
Tom: I'm literally getting my jabs now and my dr prescribed me malaria tabs too.  Also apparently I should have gotten my hep A jab week ago too so if you all could test my food for me that would be great.
Me: Done!  I thought typhoid is two weeks out too?
Tom: Okay I guess you can test my water too.
Shana: My doc said yes.  I tried to get it filled at walgreens but it was $100! Going back to the ghetto clinic where I can get them for $20.
Zach: Can you pick me up some too while you are at the ghetto and I'll pay you back? Or is it not ghetto enough to get more?
Shana: Even in the ghetto you have to have a prescription.  It's hard out there for a malaria pimp.

I had to shove in two Physical Therapy sessions and a Cortisone shot before I left.  I also invited Becky over to keep me company while I re-packed.  We had a couple of bottles of wine while individually packing pee-pockets with toilet paper into ziplock bags.  Although, Becky thought that they should have been called "She-Pees."  Either way, I was not going to be caught unprepared when having to pee in a hole. 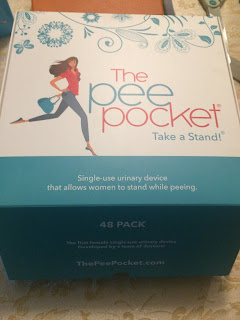 And then we were off to India!

While we are waiting in a horribly long line at security, Zach says, "someone ask if there's single rider. "

As we were running late and in the security line.
Me: Are you guys at the gate?
Tom: Just taken off.  See you in Delhi I guess.
Me: I don't find you humorous.
Tom: Okay, the pilot is revving the engine and flashing the lights at another plane.  I think he wants to go. 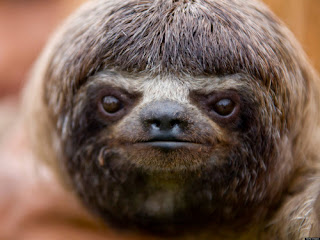 While looking at movies on the flight
Me: We have to figure out when we should sleep.
Zach: Are you kidding me? I'm not sleeping. Do you know how much it cost me per movie to watch these?!

After waking up on the same flight
Me: I feel like a failure, I thought I would wake up and ten hours had gone by.
Zach: you got some good sleep in - almost two hours. I couldn't sleep with all the screaming children. On a positive note it gave me time to count how many kids under the age of ten are in the rows behind us. Guess.
Me....
Zach: if it helps three are 37 seats.
Me: 30?
Zach: close. 21 - and I didn't count the ones in front of us.
later Kelly stopped by to tell us about the infant near them
Zach: I can't believe she's complaining about one baby

We barely got to the first flight on time and then it ended up being delayed an hour and half and then I barely made the second flight.  But I grabbed a cookie flavored Starbucks latte in Beijing so it was all good.

I heart BJ shirt was found at the airport
Kelly: Oh for Beijing
Shana: And nothing else

Me: My laugh will serve as homing device for the group.

Me: I'm not sure I like this.
Zach: the leis?
Shana: is this how we're starting this trip?

After going to the Ghandi memoriam
Lady: What did you learn
Me: Peace is good, all religion should be one, loin cloths are great
Lady: That's a new one
Me (After seeing the loom): I'm just going to say it's a loin cloth.

After our ride in a rickshaw:
Me: I actually got hit by a car.

Me: We wouldn't have done this on our own (after the rickshaw tour)
Zach: Yeah we would have gone to the red fort.

Apparently, in India, there is a process to figuring out exactly what time you'll be married.  So when we got to the hotel in the middle of the night, someone was getting married.
Zach: I'm going to make sure my wedding is not fun. First it will start at 3 in the morning.

Tom: I'm kind of intrigued by this one
Shana: the Kingdom of dreams!

We walked in the dark to dinner tonight and as we were walking we saw two gigantic wild pigs. I was terrified the whole walk.  Then we got to Kingdom of Dreams which was like a Vegas amusement park slash food court. 4 folks wanted to leave immediately and Zach and I stayed - and it ended up being so much fun!

And here at the pics from that first, very long, day! 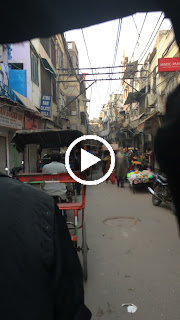 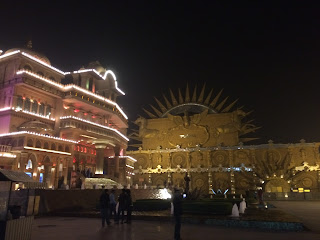 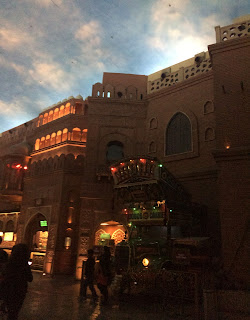 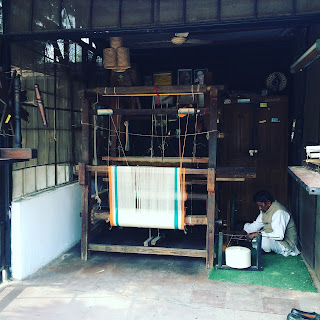 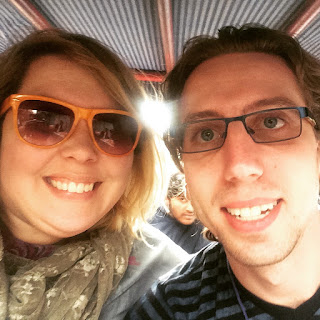 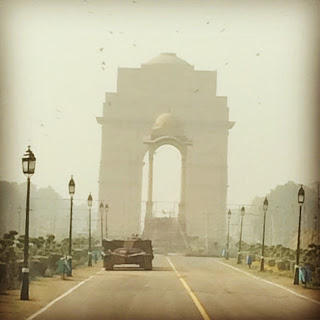 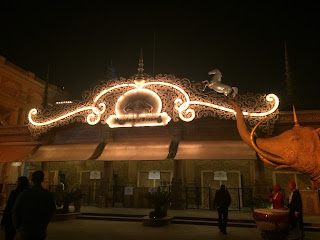 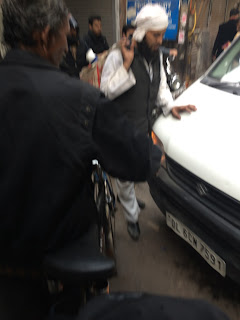 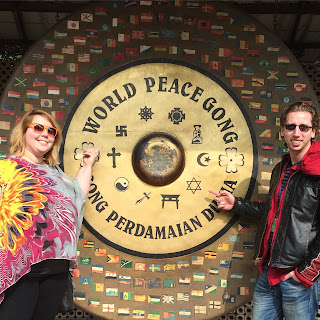 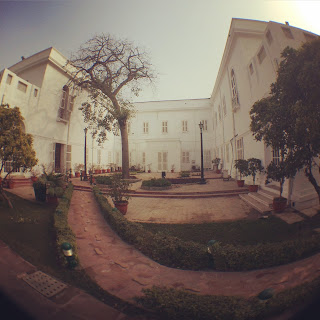 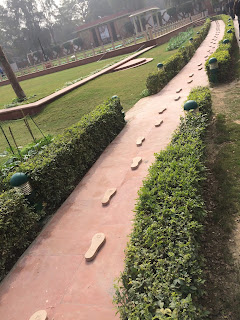 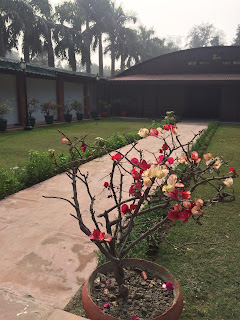