I Work at the Mall

My only saving grace here is that so much time has gone by that some of these are going to be hella short.  For example, the first week of January involved getting settled into the new offices.  My co-worker, Corrinne, has started telling people that we work at the mall.  And, because this is both accurate and funny to me, I am going to start copying her.

As I said, I had Nala all week, along with weekend visits with Casper, so we went to the park a lot.  I found a new dog walker for the pups, who is lovely.  I started obsessively watching Nurse Jackie, even though I really do not like Nurse Jackie and was hard pressed to find something redeemable about the show.  And yet, it took up all of my free time. 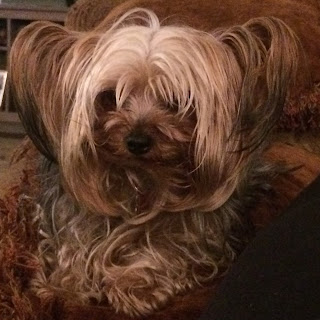 I had found out that Zach actually got denied a visa which freaked me and had me yelling at everyone else in our group to get on that.  (I'm a delight to travel with... really.)  I also started packing for India.  I had every intention of packing light.  Two pairs of pants and 4 tops for two weeks.  That gave me plenty of room to pack a plethora of medicines, first aid and continuously buy random things all week that I might need.

I bought a shelf that goes over your toilet to go over my garbage can.  I'm equally embarrassed and proud of this storage solution.  I built a bunch of other shelves and tried to slowly unpack my second bedroom.  So what I'm really saying is this week was boring with only two notes to even remind me that it happened, and the first I don't even know what it means:

Thanks but I don't want to watch the game.

I'll let you ponder why I thought that was hilarious.  And I found this on someone's desk at work: 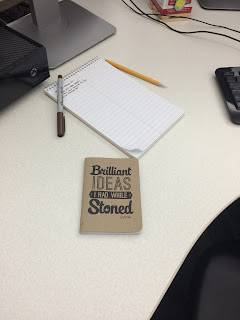 Posted by skcorynaffit at 1:16 PM