What if it's an Elephant?

Started the week out by getting an early birthday present from my parents.  My mom had called me about it a couple of weeks before.

Momela: Your dad thinks I should tell you about the present I'm getting you.
Me: But then it won't be a surprise!
Frita: What if it's an Elephant?
Me: I LOVE ELEPHANTS!

Momela proved once again that she knows me perfectly because she got me the perfect kitchen table.  It's the perfect color.  And it goes from real small, to card table sized, to a nice big table in case I decide to have a dinner party.  It really is awesome.  And what is even more perfect is that Lucas was there when it arrived so he could help me unbox it because it was also incredibly heavy.  Here are some pictures so you can see how truly swell it is. 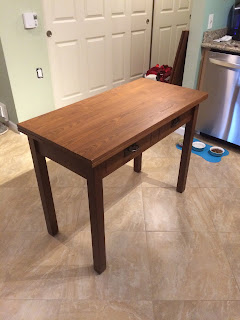 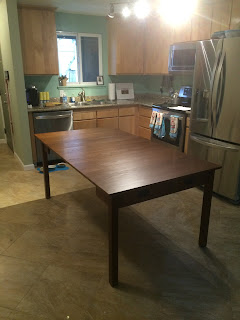 Weirdly, I've spent a lot of St. Patrick's Day's working in LA, this year was no different.  I actually kind of felt bad because I hired this new guy who went to Orientation on Monday, his first day was Tuesday, and then I had him fly to LA on Wednesday, and his Birthday was Thursday and to top it all of he absolutely hates flying.  I got him some presents for the plane, but I don't think that made up for the fact that we just barely made the flight so he didn't have time to take some relaxing shots before getting on the plane.

We went out Wednesday night to this bar in the middle of a hockey rink.  It was super weird, but fun to hang out with co-workers.  Then I had to be in a meeting all day, being one of the only one's wearing green.  Good thing I got to look at a lot of rad toys, or else would have been totally lame.  As a reward for all that meeting, I got to put this Hot Wheel down a track on my way out. 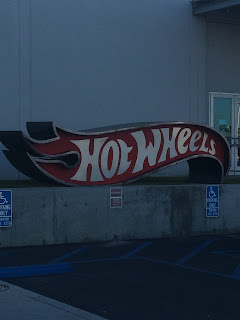 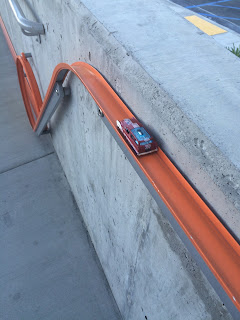 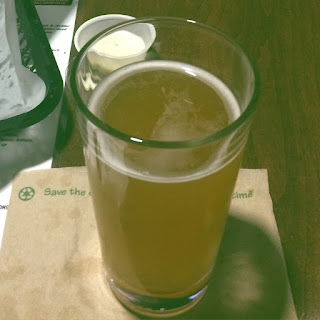 When I picked up Percy from his play date with Riley, he was super happy to see me. This is not unusual.  What was unusual was that Pete and Sandy who was watching them were kind of insulted by how happy he was because they took that as meaning he wasn't happy hanging with them.  I don't think that's true at all.  I just think he really really likes me. 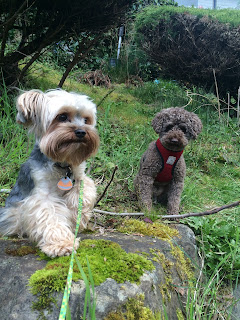 The following day, my other coworker decided to make me laugh uncontrollably by putting this outfit on. 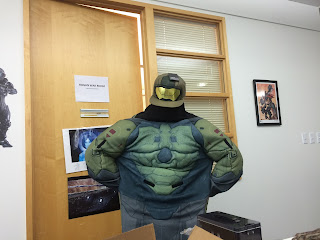 And then something happened over the weekend I'm sure - but I'm also sure it was me going to the dog park and then chilling. :)

Posted by skcorynaffit at 10:41 PM