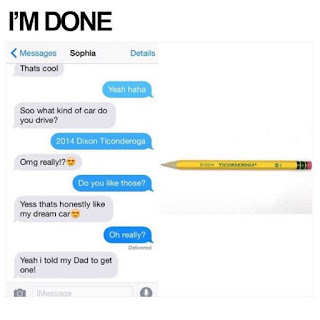 I had given Bailey two T-shirts for her birthday.  One said, "Fitness? More like fitness whole pizza in my mouth." And the other one she wore the very next day to her Chem class. 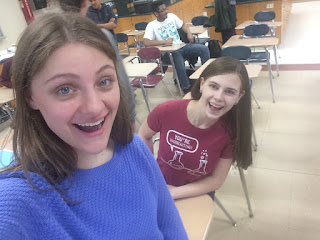 Zach and I we're having pretty rough weeks, so we decided to cheer ourselves up with wings outside in the sunshine.  It didn't make any of our problems go away, but it did remind me that I have awesome people like Zach in my life.  Percy also appreciates that Zach is in our lives.
https://youtu.be/o6CXopp14YY 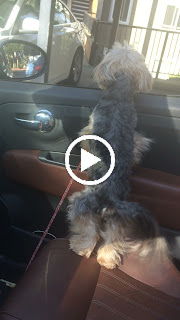 We moved into a new building for work in January.  There are 4 floors, and basically they all look the same.  The only way you can really see, visually, that you're on the right floor is a huge piece of art work that takes up the entire wall across from the elevator.  For April Fool's day, some trickster changed all the art work up.  Why I oughtta!  Although some other trickster (or maybe the same one for all I know) had a soundtrack playing in all of the bathrooms with this fake art work: 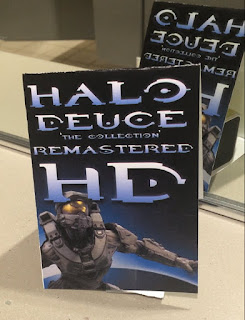 I met up with Becky, Kelly & Kelly's parents on Friday evening for some adult beverages at the Malt N Vine.

Me: The Original Pancake house is supposed to open in "Early 2016" but it's April already.
Becky:  We should write a letter: Long time eaters, first time writers...

Becky had to dash, but then the rest of us met Zach & Tom for dinner.
Me: Oh, I invited Becky to your party.
Zach: Oh man! I didn't want any adults!
Me: She's a month younger than me.

The following day, about an hour before the party:

Becky: I'm going to pick up some cupcakes from Pinkabella
Me: Those are Fancy.
Becky: Too fancy for Zach...?

Zach: Can you pick up stuff for hamburgers?
Zach: And Marshmallows?
Zach: And paper plates?

Later at the party:
Me: There are no lights in this room.  Do you think we should do something about that?
Zach: It's fine.
Me: The sun is about to go down.
Matty: Do you have a light bulb? (Unscrewing old light bulb.)
Me: I'll go find one.

Tell me again about how you didn't want adults at your party?

Zach's plan was to have a card castle building contest so he built on, 13 levels high, as an example in the middle of the living room.  And then I walked in with Percy.
Zach: Tiffany! Make sure Percy doesn't knock over my castle.
Me: Percy, don't knock over the castle.
Zach: Thank, Tiffany.

When folks ended up diving into the castles later, especially when Zach dove into the cards, Percy freaked out, started shaking and tried to get me to bring him to the car so we could go home.  But I refused.  Instead, I told me we could go for a swim - and he did appreciate that, at least.

Posted by skcorynaffit at 4:29 PM